Shit just got real – The anatomy of a great fight scene. 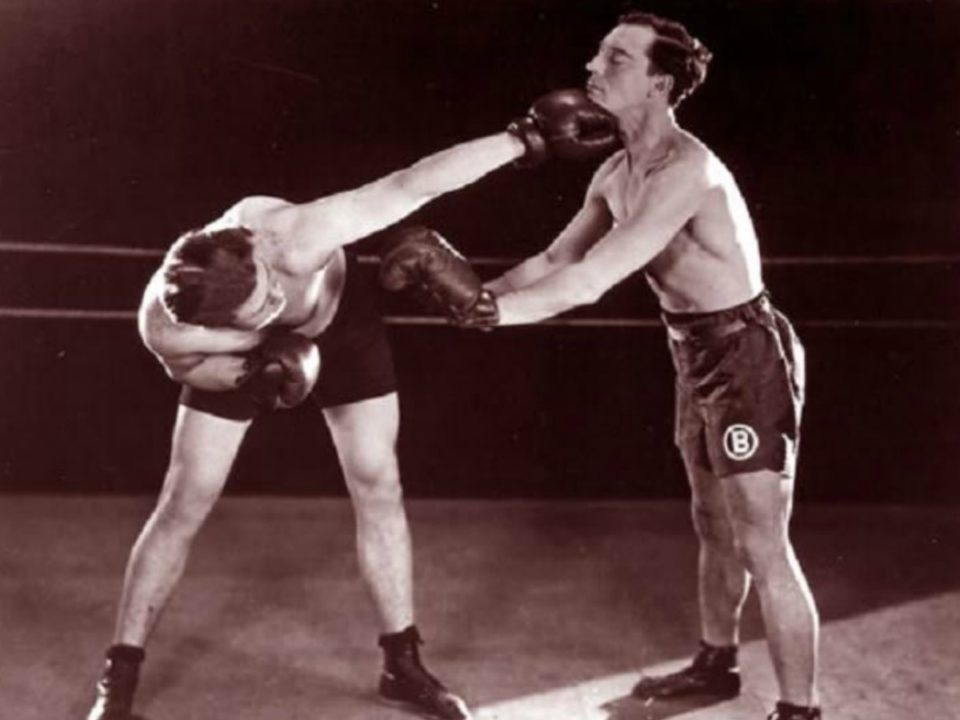 A lot of the clips in this post are the climactic scenes of great movies. So, fyi, spoilers ahoy…go watch all these movies you haven’t seen before you read this post!….

I was all set to write a “Top Ten Movie Fight Scene” blog post after rewatching Night and the City (an excellent film despite laying it on a bit thick) and being reminded what an amazing fight scene it had towards the end. So I got started:

“1, the train fight in From Russia with Love, obviously”:

This fight is pretty realistic as movie fights go, but it is stylized enough to add a bit of extra excitement. The opponents are evenly matched with nice escalating back and forth action. There is a great deal of desperation as they are both obviously fighting for their lives and it is well filmed.

“2, the wrestling fight from Night and the City of course”:

This fight is perfectly set up in the movie and represents every plan the hero (the excited little guy) has made slowly crumbling before his eyes. It is an old warrior against a young upstart, proving he still has it one last time. It is desperate and tense, each man knowing it has gone too far to back down.
And finally, it is actually fairly realistic despite a few moves that don’t work.

To my shock I realized that there really weren’t that many fight scenes in movies that I found to be flawlessly executed. So instead of an easy list of my favorite fight scenes, I figured I’d write a more text heavy examination of just what it is I look for in a fight scene.

First off, I’m talking about one on one stuff here. I can think of some great battle scenes, or even bar fights etc, but the type of fight I’m thinking of for this post is a one on one hand to hand showdown. I also am not really counting gunfights which are their own separate genre of “fight” (all buildup with a split second denouement). Hand to hand weapons are ok I suppose, and that being the case I guess I’ll have to add Errol Flynn and Basil Rathbone’s swordfight from The Adventures of Robin Hood to my list of great scenes above:

First off, let’s look at Kung Fu films. There are thousands of these films out there that are all about fights, so why won’t I include any Kung Fu movie fight scenes as my favorite of all time? Mostly because, to me, the best Kung Fu fights are closer to a Fred and Ginger dance scene than a true fist fight. The choreography is amazing and the action is back and forth, but most of the great Kung Fu fight scenes simply lack realism.

Now I’m not just talking about unrealistic fight moves. In these days where No Holds Barred and Mixed Martial Arts fighting have been surging in popularity, it’s no secret that real fights don’t look anything like what you see in a typical Bruce Lee movie. Hell, even that fight in Night and the City isn’t particularly realistic (though most of those wrestling moves are at least close).

The problem is that most kung fu fights, in addition to having preposterous kicks and punches, also seem to lack that aura of desperation that marks any real fight. You can tell that even someone as cool as Bond has realized that (to borrow from Bad Boys 2) “shit just got real” when he throws down with Robert Shaw. Fights are about desperation, only one participant is walking away from it. Also, to nitpick, it always bothers me that everyone in Kung Fu movies seems to “know some shit”.

…is a masterpiece of choreography and quite entertaining to watch, it doesn’t provide nearly the visceral thrill of watching the Bond fight or the Night and the City fight.

Readers of my blog will probably guess there is a bit of snobbery here too. I’m picking fights from “quality cinema” and eschewing easy picks from lesser movies. For instance, this fight from Kill Bill 2:

…is actually pretty much very well done. But it is stuck in a cloyingly self aware film that is far too in awe of its own hip-ness. I’m being only a bit unfair (film snobs lose their ability to admit any enjoyment from Tarantino after their first year of snobbery), but this fight, though mostly well done suffers from a lack of impact due to the movie it is in.

Not that a good movie will always make the fight scenes good. Take this scene from The Quiet Man (which I suppose I’d go ahead and call a good movie):

…it’s entertaining sure, but I wouldn’t call it one of my favorite fight scenes. Whoever loses that fight isn’t even going to be hurting since it takes place in that magical film land where getting punched in the face apparently doesn’t hurt. There is no tension to be found here (which is obvious I suppose since the fight is played for laughs anyway).

It also seems that many “good action movies” will have less memorable fights simply because the whole movie is full of fight scenes. This climactic fight from Die Hard:

…never seemed that memorable to me as far as “great fight scenes” go. It is still a suspenseful part of the film, but not only is it one of many fights in that movie; it also suffers a bit from the “too many punches to the head, not enough damage done” pitfall. Watch the From Russia with Love scene again and compare unblocked face punches between the two scenes. More punches to the face does not make a better fight, it just makes your two fighters seem less human and thus the viewer is taken out of the fight a bit more.

Though just because the movie is full of fighting doesn’t mean it can’t have standout fights in it. I think my problem with the Kill Bill 2 trailer fight is I just can’t get over myself, and my problem with the Die Hard fight is that it is just yet another long punch-fest, though competently incorporated into the film. But I must admit that I’d probably put this fight from Aliens on my top five list (despite being in a film full of alien fighting):

…the opponents actually seem evenly matched, there is a real sense of danger, there is a nice back and forth to it without overextending its welcome and there are real surprises beyond the “punch me for a while then I’ll come back and punch you” formula.

Finally, TV shows have been really having some good fight scenes it seems. In fact, this scene from season 3 of Deadwood is, no getting around it, one hell of a fight:

Two behemoths who have never lost in their life face off hand to hand in the middle of a street. It’s realistic, but in a good way. The fatigue that sets in increases the tension and suspense all the way up to the finale. Films are always better than TV, but here’s one case of a TV show getting a fight right!

So, a fight can be many things, but the ones that impress me the most cinematically will have a real sense of danger, be at least somewhat realistic, and capture that indefinable quality of all real fights. That quality being the fact that “shit just got real”: