Archetypical – Part I – The Guardian and the Bridge 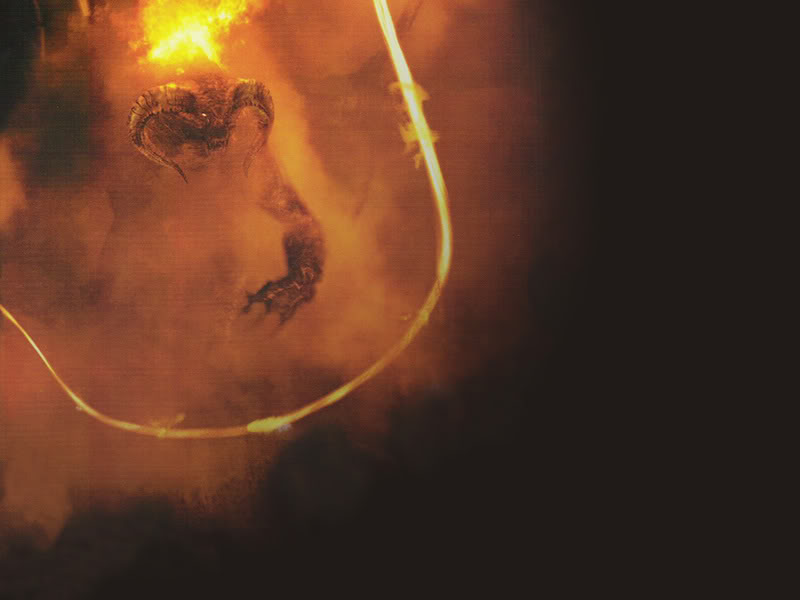 This is my contribution to a zine of art, photography and writing loosely centered on the theme “person place thing”. Anyone interested in getting a copy and checking out the other contributions should contact Jon or Janie (or head out to Love Garden to get a copy if they still have some…the zine was released August 2007). They put a lot of work into this self produced zine and it looks very nice.

As for myself, I’ve been writing more fairy tales lately and this is the first post in my fairy tale series. Each entry attempts to analyze one archetypical element of myths legends and fairy tales in a short introductory essay followed by an original fairy tale utilizing some of the elements that have just been discussed.

The Guardian and the Bridge

The idea of a bridge is no modern construct. Wherever there is a division there can also be a bridge to tie the two sides together. Like all fundamental human concepts, bridges factor heavily in our myths, legends and fairy tales.

The dividing line between any two sides linked by a bridge can be anything from a small stream to a bottomless chasm. The opposite side might only have greener pastures like in the familiar tale of The Three Billy Goats Gruff, or it could lead to the heavens themselves like the flaming Bifröst bridge of Norse mythology that boils the waters of the rivers it spans on its way to Asgard.

Bridges by their very nature provide not only entry to an otherwise unattainable realm, but also a means of denying that entry, if guarded or blocked. As both strongpoint and portal, a bridge is therefore commonly accompanied by a guardian. The guardian could be anything from a monstrous troll to a god, and is a natural addition to so narrow an entry point. Quite commonly it is simply someone looking to test their mettle–as can be seen in the many toll takers in the various Arthurian legends or even Robin Hood and Little John battling on a log.

Richer lands are never won without conflict, and the bridge guardian is the archetypical bully, the obstacle that can only be passed through a primeval test of strength or the application of cunning and quick wit. The guardian of a bridge often represents a sort of initiation ritual–an opponent that must be vanquished before the hero may continue. Despite this, his power is intimately tied to the very unassailability of his position. Should the guardian ever leave his bridge, his power would go with him.

Bridges in myths, legends and fairy tales play a very important dual role. They provide a link from one world to another, no matter how mundane or magical, and yet they are often accompanied by a guardian in order to provide trial and conflict along the journey the other realm. The guardian is as necessary as the bridge, for in archetypical tales, such barriers should never be crossed without a price.

The Sturgeon and the Scone

Long ago, when the sun shone on all things equally, and even the smallest animal knew the language of the world, there was a boy named Devin. He lived in a cottage at the bottom of a deep valley. Each day his parents would leave to plow the fields on the other side of the stream that flowed through the center of the valley, and each time Devin would be left at home to tend to the chores.

One day, in the middle of the summer, Devin’s mother stooped to one knee and said, “Devin, your father and I must leave at once for the summer harvest, and we shall have no time to pack our lunch. Can you bring it to us when the sun shines above the far hilltops?”

“Oh yes!” replied Devin, for they had never let him cross to the other side of the valley before.

Thus his mother and father left for the fields as Devin quickly set to finishing his chores. This was his big day and he was not about to disappoint his parents.

As the sun rose higher and the summer heat finally steamed the last of the morning dew from the valley, Devin finished his chores. He packed a lunch of cold chicken, scones, fresh strawberries and milk and quickly set out to meet his parents. All the while the sun climbed higher, smiling on his face with its warm rays.

The rippling stream that divided the valley could only be crossed on the trunk of a great oak that had fallen across years ago. No sooner had Devin climbed up onto the trunk with his basket of food than he heard a deep voice issue from the water.

“Aren’t you a bit little to be crossing my river on my tree?”

It was the voice of an enormous sturgeon, the largest Devin had ever seen. Devin was not afraid, and planting his feet atop the trunk said, “This stream may be yours, but this fallen tree belongs to the whole valley. My parents cross here every day and now I will, too, so they might have their lunch!”

The sturgeon laughed long and hard at this, sending up great bubbles in the water all about him. “Your parents might cross here, but you shall not! Now, let’s have that food!” With that, the sturgeon spat a great stream of water at Devin, causing him to fall back onto the bank and drop his basket of food into the stream! Poor Devin could only watch helplessly as the sturgeon ate every last bit of his parents’ food. “By all means, little boy, please come back any day to bring me all the food you want!” laughed the sturgeon frothily as Devin sat dejected upon the bank.

Just as Devin was about to turn back home in defeat he noticed that a single scone had fallen from his basket and was sitting on a wide, flat rock next to him. The midsummer day was at its hottest and the heat from sun that bathed the rock was spreading the delicious scone smell all up and down the valley. Devin knew that sturgeons loved scones above all else and so he called out, “If you are still hungry, there is one more scone on the bank. Come and get it, I won’t be able to stop you!”

The sturgeon, expecting no trick from one so little let loose a great laugh and then jumped right out of the water onto the wide, flat rock. No sooner had he landed upon its steaming surface than he let out a great wail. After sitting in the sun all day, the rock was hotter than Devin’s mother’s great black frying pan, and in no time at all the sturgeon was cooked to a golden crisp!

Devin leapt up and secured a rope around the sturgeon’s head. In a very short time for such a small boy, he had pulled the cooked fish across the fallen oak and was merrily making his way through the soft green grass of the opposite side to meet his parents.

As the sun cooled and gently touched the tips of the distant hilltops, Devin, his father and his mother sat in the lengthening shadows and had the most delicious roasted sturgeon ever.