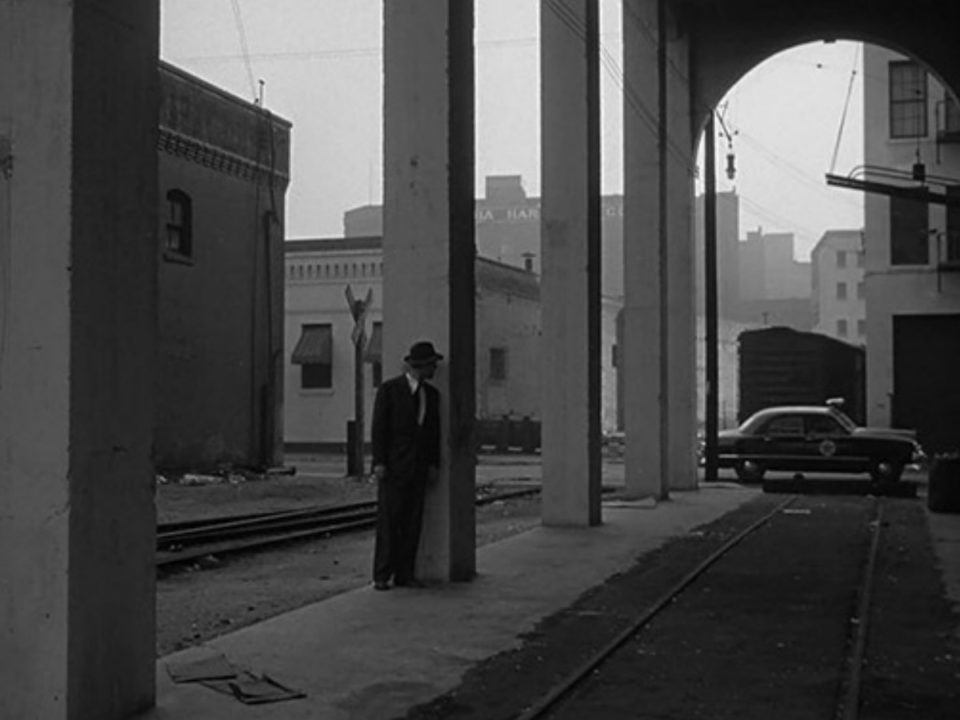 Man do I love heist movies. I’m not talking about wacky romps like the Ocean’s 11 movies (though they are fine for what they are), I’m talking about the old school heist movies where EVERYBODY fucking dies.  I’ve discussed some of my favorite heist film elements before (while distinguishing them from the not at all the same “crime spree film”), but I wanted to get in to the deeper meaning of the fact that these gangsters must be doomed today. Don’t get me wrong, I like a happy ending as much as the next guy, but the classic heist films were about much more than a couple of guys who try to beat the system; they were about the archetypally noble futility of a couple of guys who try to beat the system.  Today’s film, The Asphalt Jungle, remains the finest example a genre that I love so much I am writing my master’s thesis about it.

John Huston was a master director, responsible for writing and directing many of the finest films ever made (including one featured here already).  So, to say that The Asphalt Jungle may be his best film is high praise indeed.  You know the basic story, a couple of career criminals, looking for one last big score before they can retire somewhere sunny (and not in the city), pull off the perfect caper only to have it fall to pieces in the aftermath.

Why does the heist have to fail?  Because criminals must be punished?  Not quite.  In films like The Asphalt Jungle, crime is merely “a left handed form of human endeavor,” no less noble than that most American of myths about the self-made millionaire who became that way through hard work and elbow grease.  However, the heist film is about more than just simple mythmaking like the American Western, the heist film attempts to tell us something of the human condition and the impossibility of rising above our meaningless lots.

Because that’s what the loot stolen in a heist represents, a neatly wrapped package of forbidden fruit that will open our minds and transport us to a golden land of enhanced existence, tantalizingly hidden away behind an adamantite/mithral shell of unbreakable armor and foolproof security measures.  Mere mortals dare not even attempt to take it, only the chosen few, those who choose to rise, like Icarus, above their human condition and take what is forbidden, only these people possess the skills necessary to finish the heist.  And yet, because they “hack the system,” because they shatter the laws of the universe designed to keep us in our measly lots, as soon as the heist is over, everything falls apart.  It is as if the fabric of reality around them begins to unravel, as if the act of the heist has opened up a vacuum in the middle of the city and their hopes, dreams, and good fortune are sucked into its vortex.  The very fact that their impossible plan succeeded is the dagger that has torn the rift in the shell that separates their world from the void.

Thus, in the aftermath of the heist, these men walk an increasingly chaotic path to certain destruction as they are ground beneath the wheels of the universe for their daring rebellion.  It is not crime that is being punished, but rather the sheer audacity to attempt to be more than what we were born.  It might seem a depressing notion, but the criminals’ decision to try anyway, despite the certainty of their doom should they succeed, is actually quite an inspiring “fuck you” to the universe.

The Asphalt Jungle has all the usual traditional cinematic elements to recommend it, but it is this deeper meaning that has made it one of my favorite movies of all time, in addition to being the inspiration for the subequent brilliant cycle of French crime masterpieces from directors like Dassin, Becker, Melville.  All films that either will be, or have already been featured here.