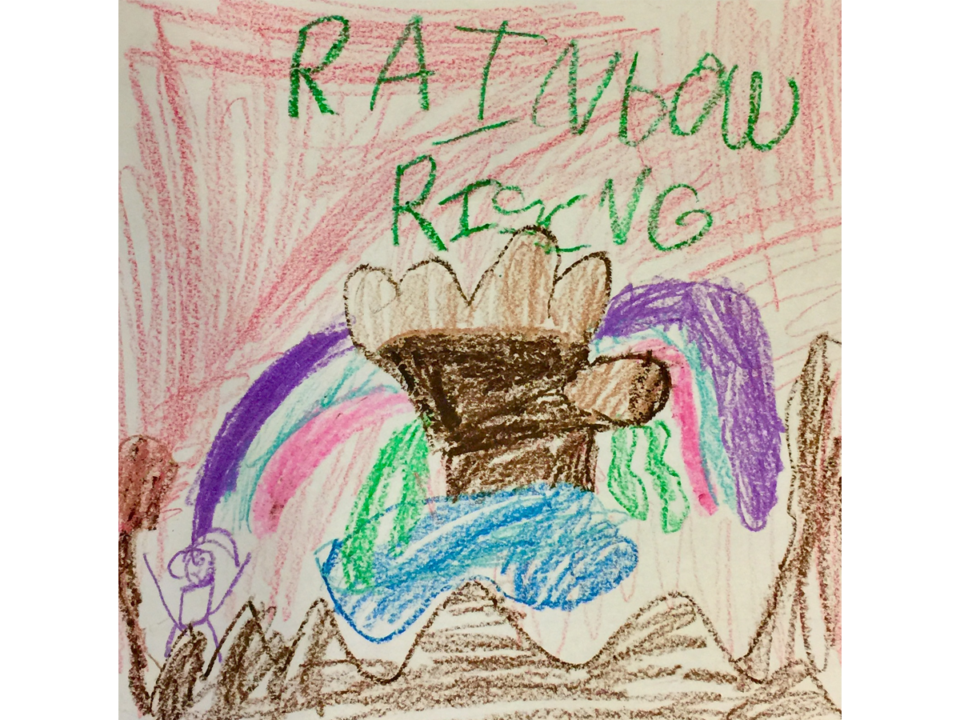 In this new feature, I will take classic heavy metal album covers (objectively classic, not the subjective stuff I make fun of in my other heavy metal album cover art feature), and see how they are interpreted through the fresh, unprejudiced eyes of a six-year-old child.  In each installment, I will show Benny an album cover, and ask him to tell me a story explaining the picture.  Up first, I have the 1976 classic Rising from Dio’s (or, Blackmore’s, depending on who you ask) Rainbow.  Not only is this album a stone cold masterpiece, but, Benny actually likes the music.  Of course, who WOULDN’T be seduced by that chorus in Tarot Woman?

Still, most importantly for today’s purposes, Rising has one of the all time great heavy metal covers, reproduced here in case Benny’s version somehow didn’t capture the full majesty of the cover art: 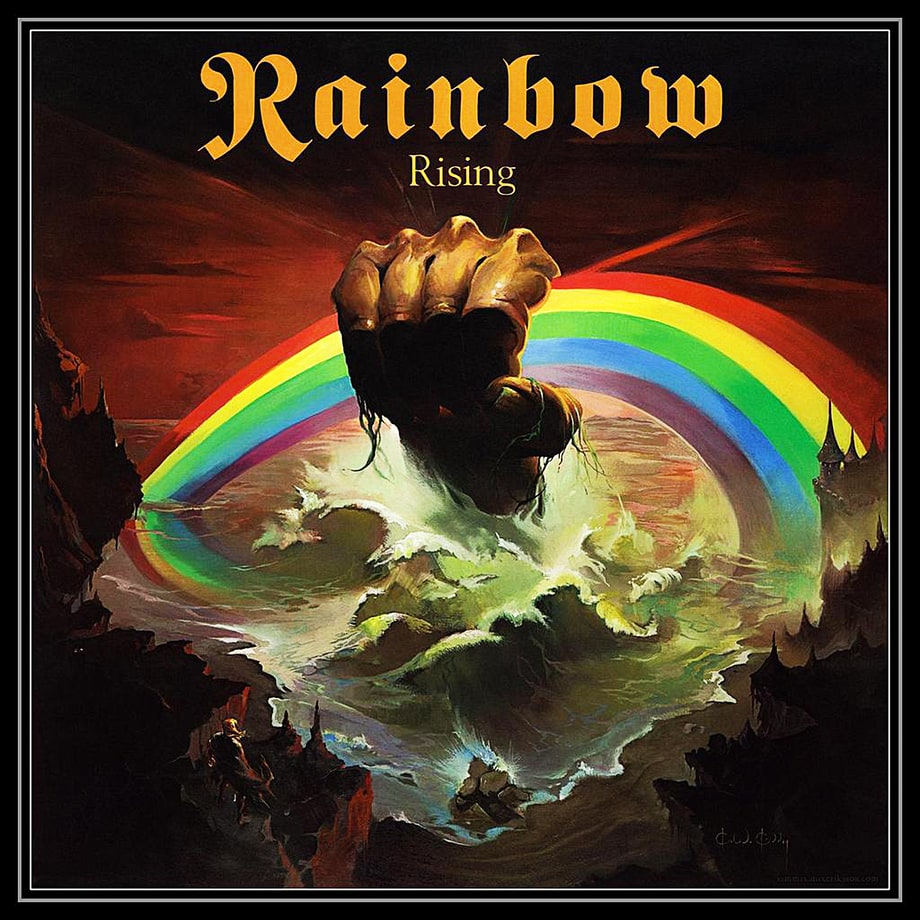 So, with that artwork in mind, let’s see what Benny says is going on here:

Isley: Ok Benny, what is happening in this picture?

Benny: A giant’s fist is grabbing a rainbow.

Isley: Ok, yeah, that was kind of an easy question, but where is the rest of the giant?

Benny: In the water.

Isley: How did he get there?

Benny: He fell out of his sky house and landed in the water.

Isley: Why is he grabbing a rainbow?

Benny: So he can have light in his new home under the water.

Isley: Who is the person on the land?

Benny: A lady from Olympia who has come to fight the giant.

Isley: Why does she want to fight the giant?

Benny: Because the giant said he was going to destroy Olympia.

Isley: How will she beat the giant?

Benny: With fire powers like fireballs and also laser eyes.

Isley: Do you think she could talk to the giant instead of fighting him?

[editor’s note: I always hate with DMs pull this shit “don’t forget, the goblins have families and hopes and dreams and stuff!”  …but then I pull it out for this, sorry Benny!]

Benny: No, because the giant will just smash her just like he’s going to smash her city.

Isley: Will her fire powers work, if the giant is hiding in the water?

Isley: So, how will she be able to beat the giant?

Benny: By throwing the fireballs at his fist and making him drop the rainbow, so then he wouldn’t be able to grab the rainbow.

Isley: Why does she want to make sure he doesn’t grab the rainbow?

Benny: Because if he grabs the rainbow it will steal all the light from the people in Washington.

Benny: Well he…um…I don’t know what to say…………wait, THAT’S why she’s not letting him grab the rainbow, because he’s going to smash her city and if he doesn’t have any light, he can’t find her city!

Isley: Dang, I don’t think I can argue with that.  Is there anything else about this picture you want to talk about?

Benny: Why is the sky red?

Isley: Good question, why is the sky red?

Benny: You have to answer since I said it!

Isley: Maybe the sky is turning red because the wizard lady from Olympia is summoning forth all of her fire powers at once–

Isley: –and lasers, and it is making the sky turn red with fire (and lasers).

Benny: HEY, there IS a laser in the picture! [coming off the fist]

Isley: Last question, what is that castle?

Benny: That is Olympia, Aleesa’s home.

[I start typing out the name “Aleesa”]

Isley: That was how I would spell it, how would you spell Aleesa?

Benny: Actually no, there’s no silent E in Aleesa.

Isley: Ok, so its spelled with just two Es?

Benny: Yeah, I guess so.

Benny: Can we stop?