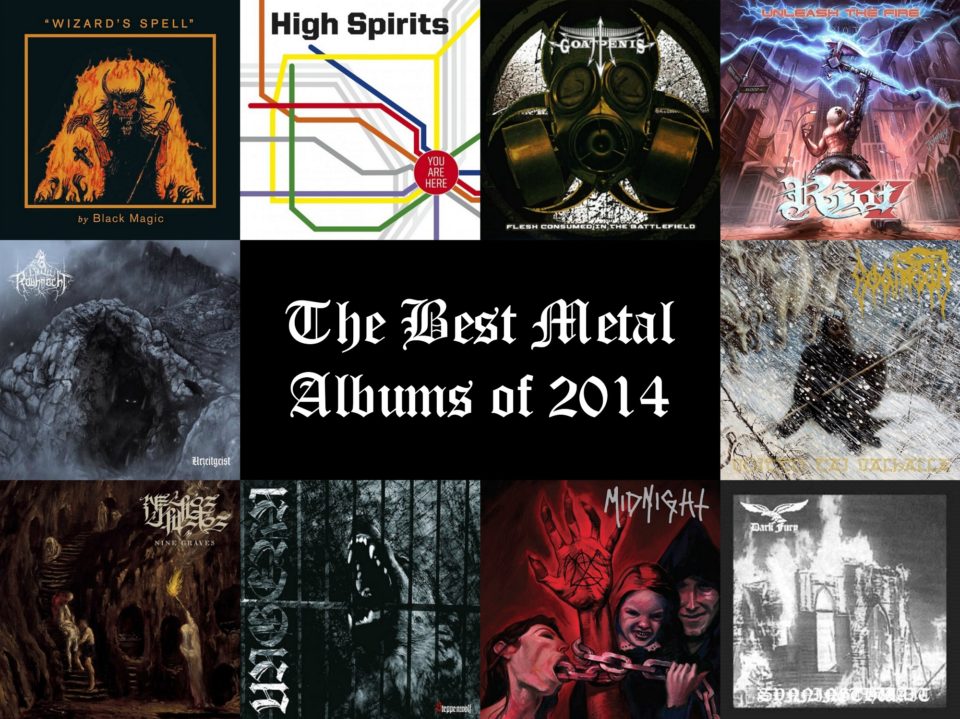 Another year of actually listening to new metal down, and I’m happy to report it was another year of quality finds!  There weren’t any real standouts like Peste Noire and Satan’s new ones last year (too many of this year’s picks either repeat previous, superior works, or completely ape previous, superior bands), but I still found more than enough to recommend on this yearly top 10 list.  As usual, I gravitated towards stuff that sounds like it was either recorded in a really tacky hall of metal straight out of an Australian’s nightmare, or recorded in the trunk of a really shitty car.

Here, in as close of an order as I can get them (the exact order and even albums will undoubtedly change over the next few weeks as I get more time to listen), are the ten best (mostly) underground metal albums of 2014: 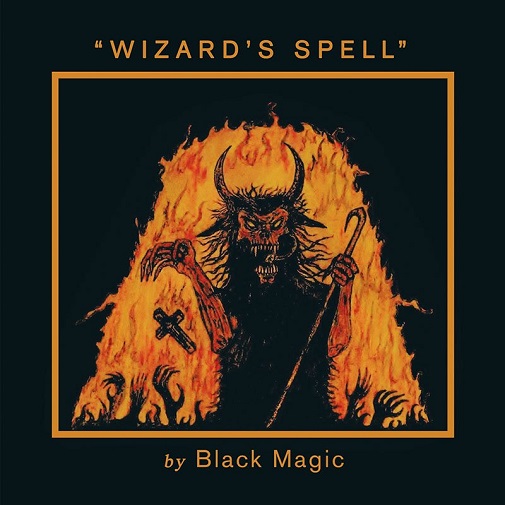 The first album on my list illustrates the main problem this year.  Lots of great albums, but not much originality!   Wizard’s spell is such a Slayer – Show No Mercy clone (right down to the shitty yet actually brilliant and awesome album cover art) that it’s hard to put it much higher than this spot.  On the other hand, I fucking LOVE Show No Mercy, so I had to at least include it on this list.

I’m pretty sure this track, “Thunder,” is just “Evil Has No Boundaries” with a few more squirrel guitar bits, but, hell, I guess that’s not such a bad thing: 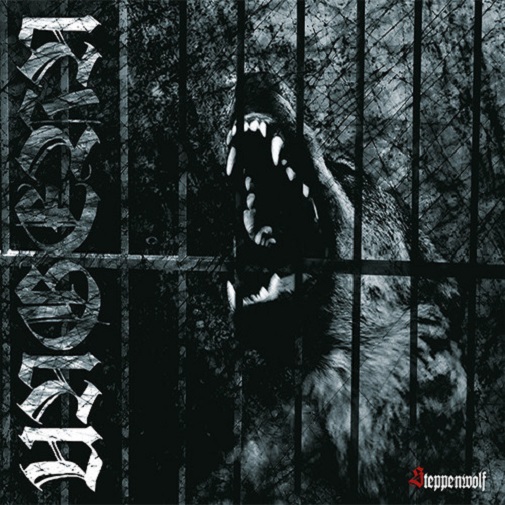 Nasty hateful black metal with a really unique sound.  Bass heavy, clean production, excellent drumming and vocals that spew forth hate like few other bands around today.  Sometimes galloping, sometimes strobing and midpaced, I really love what they do on this album even if the songwriting is a bit simplistic/overlong in parts.

I’m a little iffy about the syncopated stuff found on songs like “Passionless Rush” (great title!), but even those parts seem to work well with this style!

“Pursuit of Disobedience” is a good example of Ungern’s sound on this album: 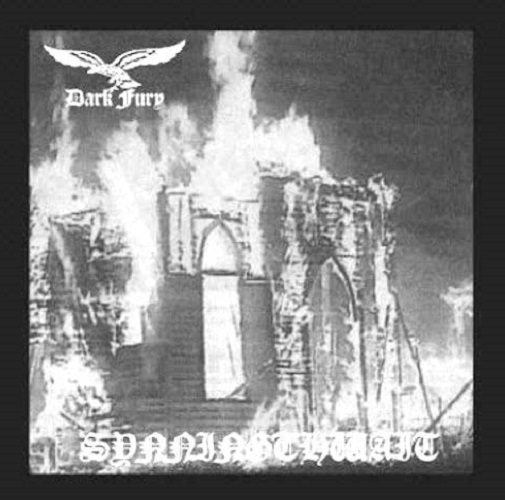 Awesome mid-paced polish black metal with a hateful eastern block atmosphere that is about as polluted and grim as I always imagine Poland to be.  And, while Dark Fury is one of the best black metal bands active today, they don’t exactly push the envelope with each of their releases.  Honestly, this would be higher on the list had Dark Fury not basically already done this album a few too many times in the last decade.

Still, songs like “Gdy Ginie Znienawidzony Wróg” illustrate just how accomplished this music is, despite how many times Dark Fury has done something like this before: 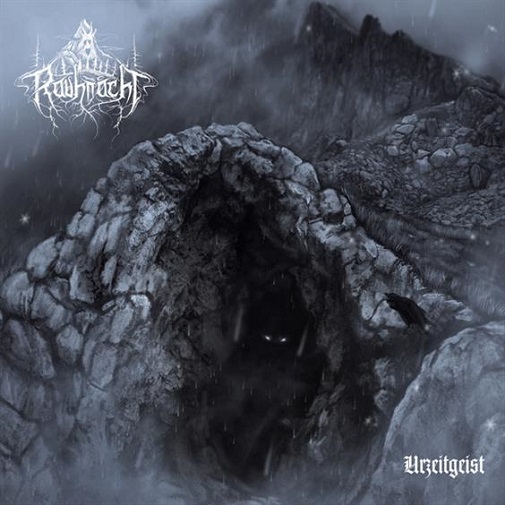 Rauhancht is a somewhat obscure Austrian band that has, prior to Urzeitgeist, released only one album of somewhat dubious merit.  This one is much improved as they seem to have finally found their sound.  And, just because that sound is a mixture of black metal with folk elements doesn’t mean they are as generic as that description might make them seem.  There is a really charming atmosphere to the melodies, and plenty of catchy riffage to be found on this album that more than makes up for the fact that they aren’t exactly reinventing the wheel of pain here.

The opener, “Einsam Ist’s, Durch’s Moor Zu Geh’n” does a great job of illustrating exactly why this band is worth giving a listen to out of the slew of black metal bands making music in this style: 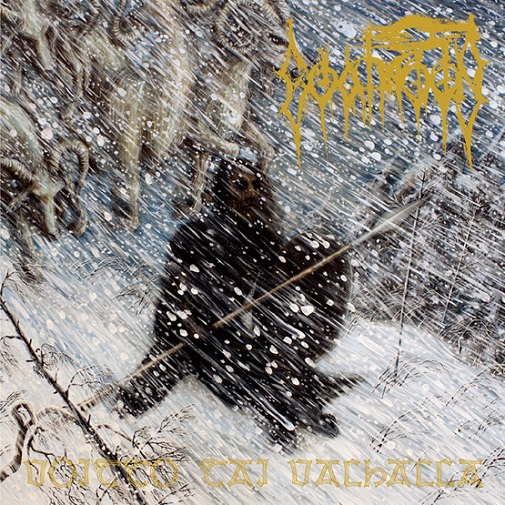 Everyone knows folk metal is the metalcore of Europe. So, obv, I try to avoid folk metal like a European plague despite secretly liking everything about it. Still, when a band like Goatmoon puts out an album this strong, it’s hard to resist the allure. And, to be fair, Goatmoon isn’t folk metal (Voitto Tai Valhalla is more on the black metal side of things), and this album is actually quite varied. It is slickly produced, but still well worth your time.

And, songs like “Voitto Tai Valhalla Part II Valkoinen Maa” prove that even the straight up folk metal stuff ain’t so bad after all:

5. Goatpenis – Flesh Consumed on the Battlefield 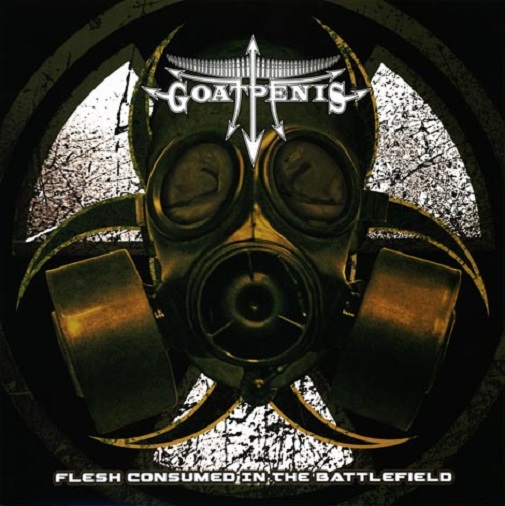 Aside from Blasphemy, I don’t really go for “war metal.”  Goatpenis on the other hand, is a band I can get into.  Of course, they aren’t really as noisy as most “war metal” they are just a vicious, headbanging time, pounding out one nuclear detonation of a song after another in fine fashion.  You can hear the South American origins in their clattering, almost flying off the rails approach, but the intensity is all their own, and their biggest strength.  Pounding, chugging, visceral, and refusing to let up, this album might only do one thing, but it does it better than just about every other band on this list.  Check out the opener, “Battlefield Blood March,” if you are unfamiliar with the delights of Goatpenis: 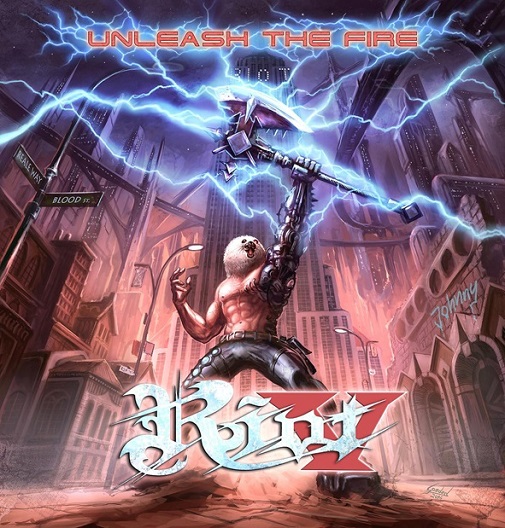 Riot was a great heavy metal band that became even better when they shook up their lineup and cranked up both their speed and their POWER for 1985’s classic Thundersteel.  Then, almost 20 years later with most of the Thundersteel lineup back in the fold,they put out the awesome Immortal Soul in 2011.  This is their followup, and it is good to know that even though founding guitarist (and last surviving original member) Mark Reale died in 2013, they are still capable of writing some brilliant power metal with bite.  New vocalist Todd Michael Hall sounds so much like Tony Moore I thought it was still Moore until I heard differently.  If I have a complaint it is that there are just a few too many songs like “Bring the Hammer Down, or the verse “Return of the Outlaw” (the choruses is awesome)–all of which are just a tiny bit out of my metal wheelhouse.

So, sure, some of this sounds pretty squirrely for me to really appreciate it, and sure, the lyrics (and the endless tributes to their “fallen eagle” Mark Reale) are cheesy as fuck, but damn if they aren’t writing some excellent songs here.  Don’t get tricked into thinking it is as good as Thundersteel, but it’s still pretty goddamn good.

The awesome “Fall from the Sky” is probably the highlight for me:

3. Midnight – No Mercy for Mayhem 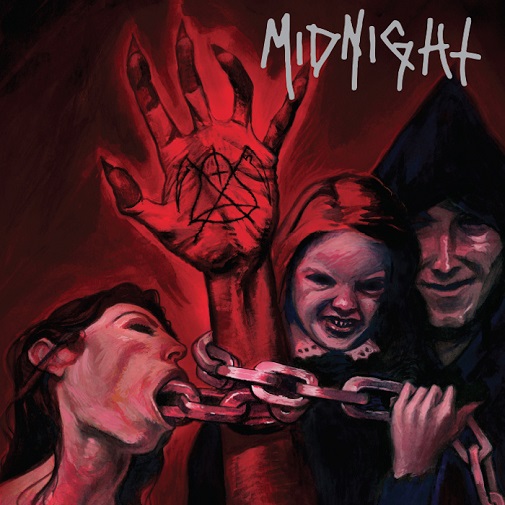 Sure, this is a slight step down from Satanic Royalty, but that special Midnight charm is still here in spades.  For a band that is so obviously Venom worship, Midnight really feels unique and special.  I really wish there was more of this dirty as Satan’s grundle sack “Black Rock and Roll™” out there, because this album is one hell of a good time.  Also, if we are talking best cover of the year, this one wins hands down!

Almost all the songs are of note, but I especially loved the really sinister sounding “Prowling Leather”

2. High Spirits – You Are Here 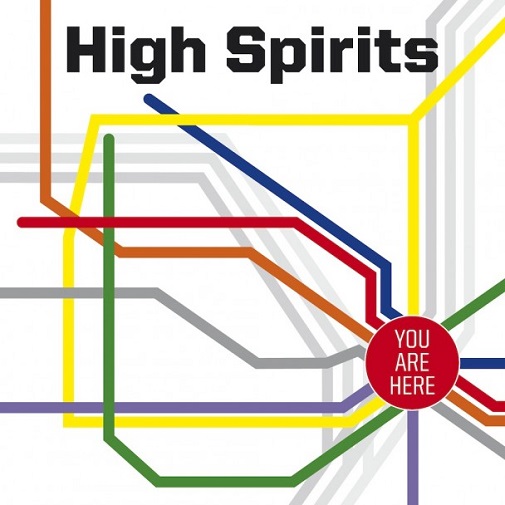 It’s a little tricky figuring out where to put this album.  I really don’t think it is quite as strong as Another Night, but that could just be because the songwriting has evolved to become as succinct and minimal as the cover artwork.  I don’t think there’s a wasted note or drum hit to be found on this album–every one of these excellent slaps of classic metal worship cut straight to the point without an ounce of fat to be found anywhere!

It’s an interesting choice in a world populated by stuff like, well, Riot’s excellent new album (and other good but lacking bits of speed metal like Skull Fists’s new one), but I really have to appreciate how clean and unassuming this album feels. 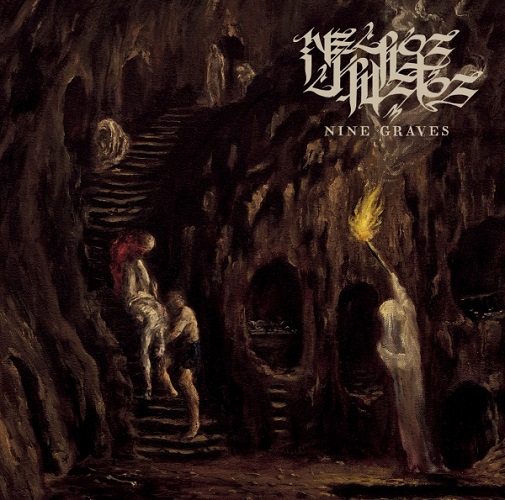 I wasn’t sure if I should even include this album on this list since it is “just” an ep.  But, it’s 40 fucking minutes long and has more metal on it than most other bands “full lengths,” so I’d say it counts.  And, this easily wins the year for me, the perfect example of Necros Christos’ brilliant sound.  The production is as perfect as you would expect, both raw and warmly polished at the same time.  The songs, the usual combination of old and new material are their best yet, and even better, at “only” 40 minutes, it doesn’t outstay its welcome like their last album.

Hell, with tracks like the title track, they are even growing their sound, making me VERY excited for the follow up to this excellent release:

These albums weren’t quite good enough to make the list for one reason or another, but they are all worth a listen.  Listed in rough order of preference from best down to least best:

Also, the best video of the year award (and a great song) goes the the inimitable Peste Noire for this bit of (mostly likely) ideologically problematic nonsense:

The Riot album is a very mixed bag for me. A few real standouts, some ok stuff, and some steaming turds. “Ride Hard Live Free,” “Fall from the Sky,” and “Land of the Rising Sun” are the best tracks by a pretty wide margin. All three are awesome. I don’t share your enthusiasm for the chorus of “Return of the Outlaw.”

After the uproar I’ve caused, I’d like to amend my prior comment. There are no steaming turds on this album. I don’t like the two ballads, but it’s not that they’re poorly done; they just aren’t my thing. The rest of the songs are all pretty sweet. I now share your enthusiasm for the chorus of “Return of the Outlaw,” even though the lyrics are super-corny.

I figured I’d just let you sit and think about it more before standing up for them. But yeah, I think we’ve got the same thoughts. That last ballad was pretty close to a steaming turd. And yeah, all the lyrics are super corny, especially the constant references to their dead guitar player.

And, again, I really don’t much like the style of songs like Bring the Hammer Down, so there was just a bit too much of that kind of thing to steal the number one spot from the much more consistent High Spirits release.