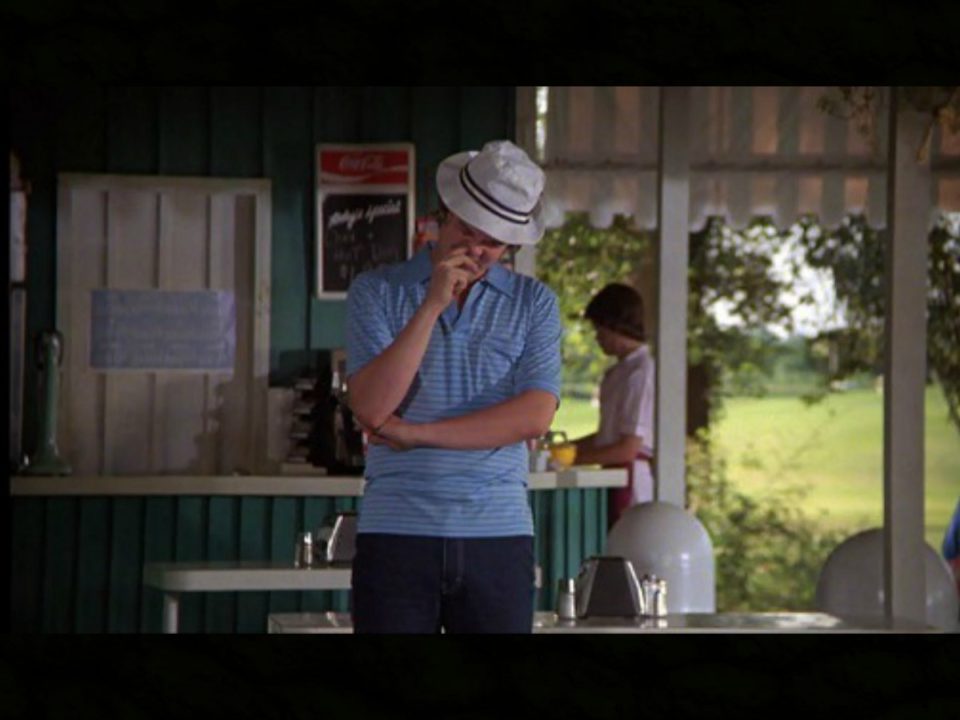 Caddyshack is the kind of movie where a character pauses mid-conversation to let out a giant fart and then says “hey hey, did somebody step on a duck?”  More specifically, Caddyshack is the kind of a movie where a line like that is one of the more celebrated lines in the film.  Caddyshack is a rambling, chaotic mess that is more a collection of juvenile sketches swirling around a lame b-plot about a kid wanting to go to college than it is any kind of serious piece of cinema.  And yet, despite its many defects, I’m here today to talk about why one of the “whitest movies of all time” also happens to be one of my favorite movies of all time.

Part of the reason Caddyshack can feel a little disjointed in places was that it started out as a film about one of the young caddys, Danny Noonan.  Then, as the personalities of the guest stars took over the set and screenplay, the Noonan story got pushed into a kind of Zeppo Marx side plot (and ended up being just as easily overlooked).  Nobody gives a shit about some lower middle class kid worrying about where he’s going to get the money to go to college.  But maybe that’s what gives Caddyshack some of its charm.  It’s almost sweet that it wants to pretend it is a real movie and that it is about something more than Bill Murray perving out on retirees.

And I’m not kidding about it being the whitest movie of all time.  First, it’s about golf, a sport that ranks full 9 on the whiteness scale of 1 to Nascar.  And second, it is almost entirely full of privileged old rich white dudes.  For all the talk of Snobs vs Slobs, even the slobs are filthy rich in Caddyshack. Hell, it even has a soundtrack by Kenny fucking Loggins.

However, while Caddyshack undoubtedly wallows in white privilege, I wouldn’t call it a celebration of the joy of being born white by any means.  And I’m not talking about the throwaway gags about Judge Smells telling “colored people” jokes, or Spaulding buying his weed from “a negro,” I’m talking about the fact that, at the end of the day this is simply a film about the lead actors acting ridiculous.  Sure, getting together with your white friends and making a movie about golf is emblematic of the privilege inherent in the system, but I’m not sure that any kind of race/class commentary can extend much further beyond that.

So, if this movie is too silly to offer any real insight into anything, why have I watched it as many times as I have?  Honestly? Because it’s just plain hilarious.

The Noonan/Zeppo connection was telling, this really is just a Marx brothers film updated for the 1980’s at heart.  If you think about it, not even half the jokes the Marx brothers told were all that brilliant, but the gusto with which they were delivered made watching one of their films an experience unlike anything else.  Caddyshack really captures a lot of this essence, especially when the Groucho analog, Rodney Dangerfield, explodes onto the screen.  I doubt a single one of his jokes would garner more than an annoyed groan if I tried to tell them in the real world, but something about Dangerfield’s delivery just makes me giggle with delight.  His bizarre, googly-eyed, constantly swaggering persona absolutely dominates every scene he’s in.

And if we’re going to continue the Marx brother’s analogy, Bill Murray’s feral Harpo just about steals the movie.  Spewing a non-stop mumbling stream of psychotic slack-lipped nonsense, it’s no wonder that they kept bringing him back to shoot more and more scenes.  His Dalia Lama speech alone is the stuff of legends.

Chevy Chase does his usual thing to the usual effect, but the other real star of Caddyshack is Ted Knight.  His orange skinned “Judge Smails” is the Platonic Form of scenery chewing hilarity, and it is a performance that is simply awe-inspiring to watch.  Of course, maybe the real secret weapon of Caddyshack is a different member of the Smails clan: his nephew Spaulding.  I don’t think you’ll find a Caddyshack fan anywhere who won’t name that seemingly minor character as possibly the best thing in a film full of many great things.

I’m not saying that every single person that reads this needs to go out and watch Caddyshack.  I understand not loving this film. But, if the idea of someone throwing a candy bar into a swimming pool and everyone thinking someone shat in the water makes you giggle, then, I might just have a movie to recommend to you.