A place for art? A clarification of Platonic aesthetics. 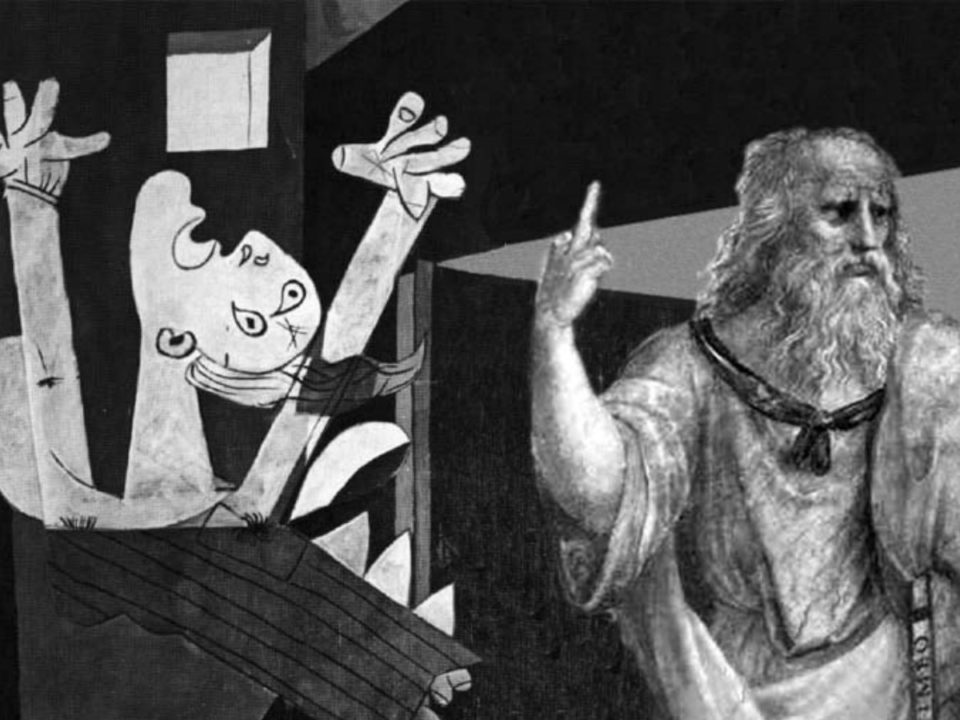 Plato seems to get a bad rap when it comes to his views on art. Many first time readers are quick to protest, How could someone that so many people revere as the father of Western thought hold such a low estimation of the arts, specifically that they have no place in a perfect society? To think that this is all there is to Platonic aesthetics is to vastly oversimplify the matter. Hopefully a clarification of why Plato seemed to feel this way will help determine if there really is no hope for art in Plato’s world

The Republic was Plato’s treatise on what a perfect community should look like and how it should govern itself. The Republic was also where the bulk of his discussion on the arts can be found.

First, it should be said that by the end of The Republic, Plato does indeed seem to say that art has no place in his republic. Though I should point out that Plato’s central work was not meant to simply be a concrete example of how a perfect society should model itself, but also an abstract metaphor for how one should order one’s life. That said, whether as a thought experiment, metaphor, or ultimately asinine prattle, Plato did in fact take a clearly opposing stance to the arts (at least in his hypothetical republic), and the reasons for this are what I am primarily going to examine.

In The Republic, Plato raises a twofold criticism based on his metaphysics and the psychological effect of art. First, his metaphysical argument (that is, his argument based on what he felt the true nature of reality was) rests on his idea of the Forms (capital F mind you!). For Plato, the true nature of a thing existed in the mystical, unknowable world of the Forms. What we see and experience in the real world is only an imitation of the true Forms. Yet because art imitated the world, which was itself an imitation of the Forms, it was too far removed from the Forms to preserve the truth they represented. And second, in a more psychological argument, Plato claims that art naturally appeals toward our base desires due to its dramatic nature. This is not to say that Plato thought that humans should be ruled only by reason, but that art would unbalance the delicate order of our soul due to this deleteriously titillating effect it had on the simple masses.

Now, it might seem unfair to refer to Plato’s fellow men as simple masses, yet this manner of thinking seems to be the key to understanding his portrayal of the arts. For, while it is true that the art that someone who was ignorant of the Forms would make would be but imitation of an imitation (and a particularly base and potentially dangerous one due to art’s naturally dramatic nature), a philosopher (the only person who had knowledge of the Forms) would not imitate the world, but the Forms, thus establishing a direct connection with the truth. The problem here is that Plato did not envision the philosopher as a particularly common member of society. Thus it is simple elitism that leads Plato to condemn the arts.

This idea of the Philosopher-Artist is an interesting one briefly touched upon by Plato, yet left undeveloped (Plato was at times equally as fond of letting the reader draw his or her own conclusions as he was of expressing his own). Yet the potential of a Philosopher-Artist should not be ignored, for if the philosophers had knowledge of the truth, their art would be an imitation on the level of the world, in fact, who is to say that it would not be slightly better?

its seriously a nice stuff…
i had 2 mke an assignmnt..
nd ths hs really helped me a lot

This is interesting as I got to teach Greek and Roman Art over the summer. One way in which we present the material is that “Greek Art was mostly for “religious” and domestic purposes and Roman art was mostly for propaganda.” Religious, in the Greek context, is used very loosely. In fact, the purpose of ALL art is for propaganda, in some form. That isn’t to say that propaganda is necessarily negative, but it does appeal to the emotions and not to reason, Plato is dead-on about that. So, in fact, I think the thorn in Plato’s tighty-whities is that a government founded on reason would have no use for propaganda, as that is a means through which one convinces another person of something through the appeal to emotion or the senses. However, Plato’s ideal republic would be a HORRIBLE DYSTOPIC NIGHTMARE WITHOUT END!!! Er, well, certainly I would be out of a job, but if you really examine the world of visual materiality and took all of that away or at least reduced it to only conveying the most basic necessary information, how insanely dull would that be?

In fact, I’m not even certain that humans can have a community without something that would be considered “art”. After all, how do you define the shape of a lamp? Many different forms work. Are some intrinsically more “artistic” than others? Where does one draw the line between being simply aesthetically appealing and being artistic?

Oh yeah, @kritika, as a professor, I will agree with Isley 100%. We absolutely do Google text.

I’ve caught a lot of people.

My take on Plato maybe reads a bit more into it than he meant since he doesn’t really go into the idea of a philosopher/artist more than to mention it exists.

But I like the idea that if art is meant to capture that ineffable something that simple description can’t capture, then maybe that something is the light of the sun beyond the shadowy cave we are so familiar with to borrow Plato’s allegory.

Also, Greeks were supposedly all about a balance of the Dionysian and Apollonian, but yeah, Plato’s Republic sure seems slanted towards reason. But I guess that was just because he figured the ignorant masses couldn’t handle it.

This would have been helpful last night… 😉

Heh, yeah, forgot to send the link. I’m sure you did fine anyway 🙂