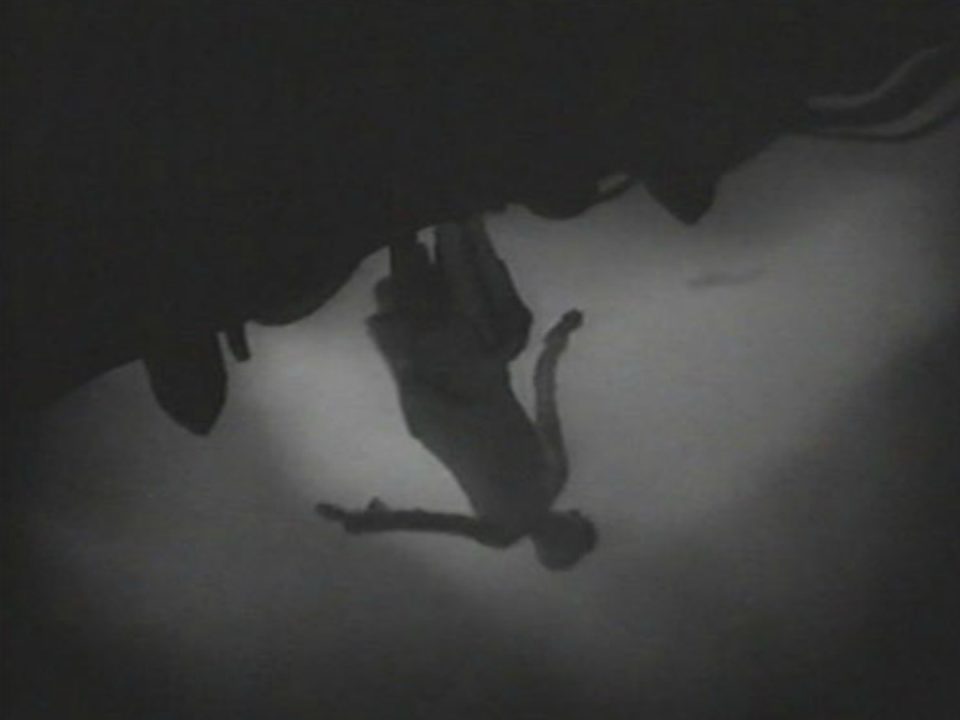 It’s a common misconception to think of all silent films as primitive, sped-up affairs with histrionic acting and a lot of makeup.  Now, not that there’s anything wrong with the primitive sped-up silent films with a lot of arm waving, but there are also a lot of silent films that are just as polished and technically proficient as anything that has been made in the last 100 years.  Josef von Sternberg’s The Docks of New York is one of those films.

Von Sternberg is famous for saying stuff like “I care nothing about the story, only how it is photographed and presented.”  He even (possibly apocryphally) suggested that his mise en scene was of such superlative quality that his films would be just as good if they were projected upside down.

However, I don’t think I need to go on and on about how breathtaking the cinematography is in The Docks of New York, after all, this is a Sternberg film, God directing a passion play couldn’t make a more beautifully shot film than Sternberg on his worst day.  Suffice to say, like all of his films, The Docks of New York is a visual feast, and yet (like all of his films), it also has quite a lot to say about human interaction.

The great George Bancroft plays Bill Roberts, a sailor who has never let himself get tied to anything for longer than his single night of shore leave.  When he saves Mae, a woman who has “had too many good times” from suicide, he realizes he might want to change his ways.

Now, this sounds like a pretty flimsy framework for a movie, which seems to give a bit of credence to Sternberg’s claim that he doesn’t give a shit about the plots of his films.  But (again, like all his films) Sternberg is able to extract a great deal of depth out of such a slight framework.  Part of this is due to the strength of the performances.  George Bancroft and Betty Compson as Bill and Mae fill their roles superbly.

Bill is all self assured swagger.  He struts, drinks, and fights his way through the film, never once doubting that he is anything less than the center of his and everyone else’s universe.  Thus, it is a rather powerful moment when he finally realizes that maybe he needs someone other than himself in his life after all.

Compson is even better.  Her wry fatalism and naturalistic performance give a great deal of depth and believability to her character.  As she takes up with Bill one gets the sense that even if she sees something special in him, she is also fully aware that she’s making the same old mistakes.  She knows a guy like Bill won’t stick around the next morning, but she lets herself hope anyway.  She is like the doomed gangster of so many crime films of the 40s and 50s.  Because of her choice to eschew the accepted method of living her life, she is therefore doomed to exist outside society when all she wants is a place to fit in a world that over and over has shown it has no place for her.

The thing that is so compelling about these doomed heroes is their noble perseverance in the face of certain destruction.  The gangster does his one last big job anyway, and Mae, one last time, gives love a chance.  For all Sternberg’s talk of not caring a whit for plot and story, he crafted something in Docks of New York that was far closer to (and, I might add, deeper than) the complex doomed relationship stories of Antonioni three decades later than the run of the mill piece of romantic fluff the plot seems to be at first glance.  Part of it is the power of the performances.  Part is the superlative beauty of the cinematography.  But part also is Sternberg’s astute understanding of the futility and nobility of humanity’s search for companionship.  Mae and Bill’s relationship is most likely doomed.  Yet Mae allows herself to hope, and the viewers find themselves hoping right alongside her.

As a last addendum, I should point out that the Paramount VHS version has a vastly superior soundtrack when compared to the two choices included on the new Criterion DVD version (Criterion also ruined the great VHS Pandora’s Box soundtrack).  But don’t take my word for it, listen to how badass the VHS soundtrack is: