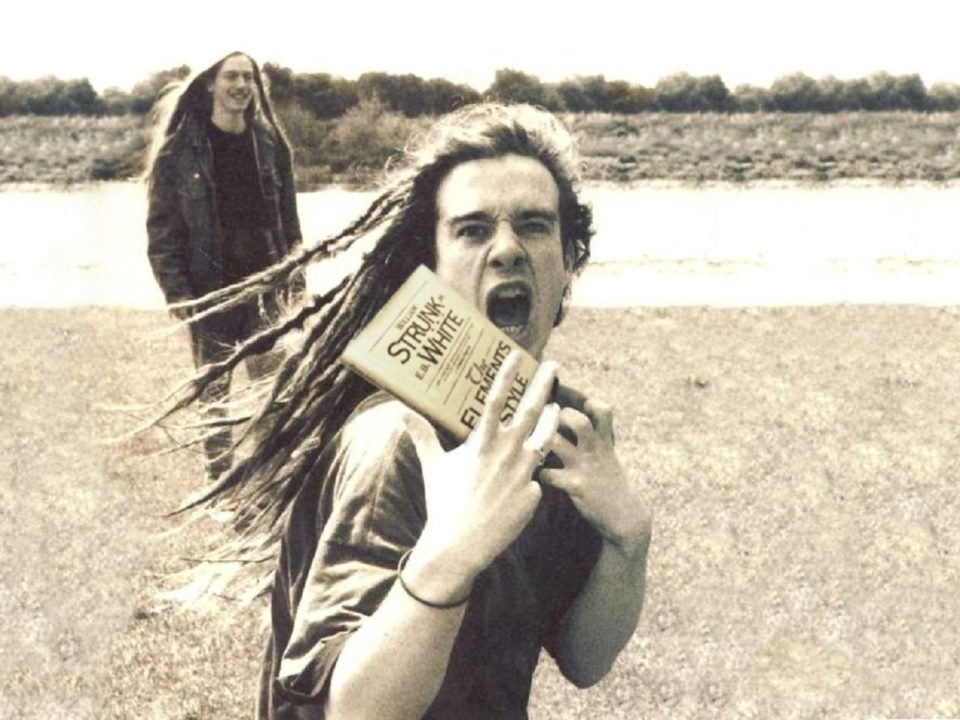 Because today marks the 10-year anniversary for one of my silliest blog posts, I thought I would revisit the idea, only THIS time, I’d fully commit.  I am speaking of my infamous (for certain definitions of the word) attempt back in 2008 to start a new blog series with my post “Extreme Metal Radio Edits 1: Slayer – Bedfull of Kittens.”  The idea was that I would playfully (like a bed full of kittens) alter (or ALTAR to make a 10 year old joke, again) the lyrics of Slayer’s classic “Altar of Sacrifice” to make the song be about playing with a bedfull of kittens.  The new lyrics I came up with were funny enough, but, the “sing to the tune of” idea was just too much work, especially for non-Slayer fans.  What I really wanted to do was come up with homonyms for every single word in the song, but that was obviously impossible as most thrash vocals are far too clear for something like that.  Thus, I preemptively shelved the whole idea (aside from the time I “mistranslated” a Latin Pergolesi joint to have it be about swan fucking) for a decade.

Getting here wasn’t easy.  My first thought when I started was that just about any death metal song would work as the vocals were all so indecipherable.  However, I was halfway through jotting down some ideas for changing Impetigo’s “Boneyard” into the story of a person who was super pumped that they just got their 10th punch on a promo card at their local pastry shop…

Searching for my scone card,
a delish coupon treat
it counts up all the crullers
and pastries I’ve tried
a score of steaming donuts
has filled my card once more
Forty or four hundred, I’ve lost count
One by one they meet their doom
Though only after I’ve eaten my greens
my coupon is my scone card
the twentieth scone is free

…when I realized that the vocals were WAY too clear for this to work.

After briefly flirting with the idea of doing a Lord Worm era Cryptopsy song (too easy), I finally settled on Carcass (I’d like to stick with the classics for these posts).  Bill Steer’s (pictured above, cheesing it behind Jeff Walker’s angry grammar nazi brandishing a copy of Strunk & White’s Elements of Style) voice on Symphonies of Sickness is just muffled enough to have some leeway for rewriting the lyrics, while staying recognizable enough that the words could have plausibly been sung by him instead of just assigning words over random grunts.  For some reason “Exhume to Consume” jumped out as sounding like “to whom” which then gave me my theme (which worked well with Carcass’ focus on sounding like they write songs by cutting out random words from a medical dictionary).

There were, however, still two problems: one, Steer’s voice was still pretty clear, which created no end of headaches finding plausible words to replace the lyrics with, and, two, there were WAY too many words in this goddamn song.  Still, never one to turn down a challenge, I bravely pushed forward and turned THIS:

Grimly I dig up the turfs
To remove the corrupted stiffs
Trying to contain my excitement
As I desecrate graveolent crypts…
Fingers claw at coffin lids
Eager festal exhumation
Hugging your wry, festered remains
With post-humous joy and elation…
Body snatched, freshly interred
Whatever takes my fancy
To satisfy my gratuitous pica
My culinary necromancy…
Scrutinised then brutalised
My forensic inquisition is fulfiled
My recipe is now your epitaph
Be it fried, boiled or grilled…

Ulcerated flesh I munch
Rotting corpses are my lunch
On bones I love to crunch (on the badly decomposed)
Shrivelled innards I lick
The corpse’s head I kick
Crumbling shreds I pick (eat the stiffs)
[Solo: morbid melody for the deceased with salt to taste]

Saponified fats, nibbled by rats
– freshly exhumed…
Deep down six feet is where I like to eat
– Human flesh to consume…

Gladly I take up the task
To remove grammatic slips
Trying to contain my excitement
As I demonstrate phrasing tricks
Fingers scrawl with confidence
Correctional exhibition
Cockily will I manifest my brains
Voluminous cephalization…
I smash, deficient trolls
“Whomever” mistakes are my fancy
Decipher the gratuitous pronoun
By thread necromancy…
Scrutinized then revised
Victory distressing your feels
Inaccuracy is now your epitaph
Your pride, foiled for real…

Rude abuse, it slips
Rushing from my lips
Patronizing this particular gaffe,
It always makes me laugh…

[Solo: pedantic polyphony for the unschooled with trolling to taste]

Ranting fresh, shutters the thread
– Can’t say “WHO”…
Curse this word, phrase disturbed
– Should be “WHOM”…

Pleb heretics are not amused
Tact is departed, I take you to school…

It’s bona fide facts, that fuel my wraths
– It’s not “WHO”…
The drastic ways, that I write to each:
-“Verb object you fooooool”

This really was FAR more work than I ended up wanting to take on (next time will be a quarter this amount of lyrics), but, again, when has taking the sane way out ever been an option for this website?  Still, until next time, I think that’s probably enough silliness for today!

I’m pretty certain that Bill Steer is the primary vocalist on this one.