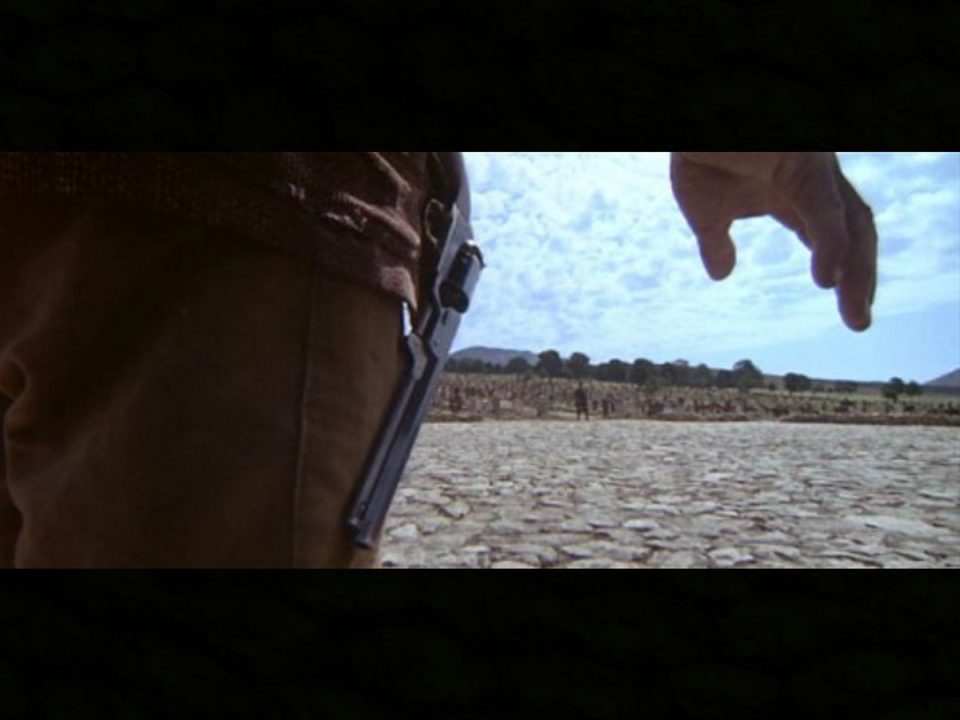 The good old fashioned “classic” style American western has taken many forms over the years, from revisionist westerns that lost sight of the true meaning of “Christmas” to “Spaghetti” westerns that took the genre down an entirely different dark path. And while revisionist westerns (with a few exceptions) don’t get a lot of love in this blog, I must grudgingly admit that the Italian “Spaghetti” westerns may have just stumbled upon something special.  Today I’ll discuss the best of the bunch, Sergio Leone’s The Good, the Bad, and the Ugly.

The Good, the Bad, and the Ugly marks a nice balance between the thematic excess of Once Upon a Time in the West, and the overly simplistic plots of For a Fistful of Dollars and For a Few Dollars More.  At their heart, Leone’s Westerns were simply strings of excellent set pieces–from Eastwood’s steel plate showdown in the first to Fonda’s murder of the frontier family in the last.  But only The Good, the Bad, and the Ugly was able to string so many excellent set pieces together so effortlessly into a film that never lets its extended running time be felt.

Every scene in The Good, the Bad, and the Ugly is a classic.  From the hilarious freeze frame grimace of “The Ugly” that opens the film, to the final three-way gunfight, this is a movie full of set pieces that will stick with you long after you have watched them.

The excellent performances are a large part of the reason this film is so successful. Eastwood’s good-looking tough guy, Van Cleef’s hawk faced bad guy, and Wallach’s rat faced good for nothing (that practically steals the show) all do their part to distinguish the film as something special.  Of course, Leone’s constant closeups of people who seem to live in a world where skin is made of a combination of boot leather and beef jerky, all set to Ennio Morricone’s soundtrack to end all soundtracks doesn’t hurt either.

There really are no other films (not counting the host of imitators that followed) quite like the “Dollars” quadrilogy.  Ostensibly they might seem to want to just be westerns like Stagecoach or Rio Bravo, only filtered through the mind of a madman.  There are few genres more purely American as the classic Western, so to see the Italian take on the subject is to see a twisted, bizzare version of our most treasured bits of authentic American mythology filtered through the eyes of an alien.

Everything seems to be in the right place in these films.  There are poker games, saloons, cities like El Paso, the civil war, etc.  But, somehow everything feels just a little off.  The Italian landscape doesn’t seem to quite fit the Fordian Monument Valley idea of the American West (which was itself a fabrication considering Stagecoach was supposed to have taken place in Kansas), while the pervading sense of violent nihilism in Leone’s films seems to be at odds with both the classic and revisionist schools of western film making.

All of which is to say that Leone, with these four films, managed to craft that most sought after film making achievement: an entirely original series of films.  And of the four films he made, The Good, the Bad, and the Ugly was his most fully realized, and all around entertaining film of the series.