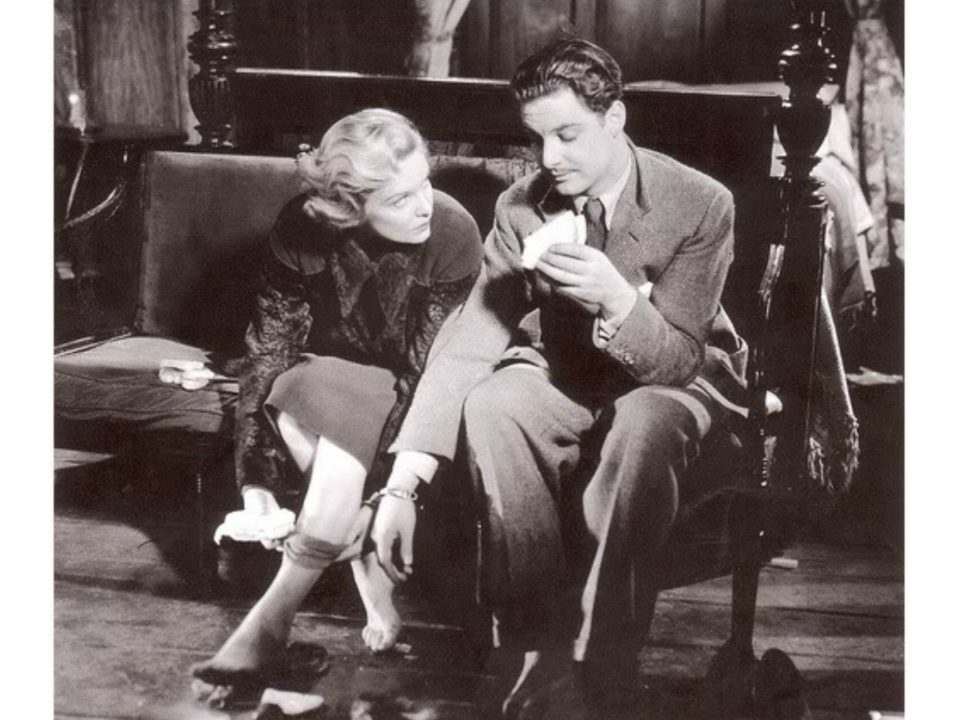 Last time I discussed the basic problem of adaptations and the idea that “the book is always better than the movie”.  I came to the conclusion that each must be evaluated by different criteria and making blanket statements about the relative quality of one over the other (assuming, of course, that they were both created with some degree of mastery over their respective mediums) is a futile effort.  But there is still the question of how much importance you should put on fidelity to the source material once you have decided to make an adaptation.  Once the genius of a source work is decided upon should you change as little as possible to avoid destroying the soul of the work?  Or is it ok to plunder the source work, freely using, changing and leaving out whatever parts you want?

Films have undoubtedly taken a rape pillage and plunder approach to adaptations on occasion.  I’m not really talking about the people who whine that the Balrog had wings in the Lord of the Rings movies, or that they didn’t include all 40 flashback Pensieve scenes in the new Harry Potter movie.  It is nearly impossible to create an adaptation that is entirely without deviation from the source material.  But some films are definitely a bit more liberal with their changes.  Take Hitchcock adding an entirely new main character (the love interest) and major plot point (the handcuffs) to name just a few deviations from the book in The 39 Steps.  Or the even more audacious example of Orson Welles creating his adaptation A Touch of Evil without even reading the source novel it was based on.  The question of whether these masterpieces fail as “adaptations” seems beside the point when their obvious greatness is considered.

Which is not to say that movies that slavishly follow the book are to be dubbed pale imitations for their lack of invention.  Movies like the previously fawned over Maltese Falcon along with other masterworks like Diary of a Country Priest follow the books very closely (in the case of Diary of a Country Priest, there is apparently an astonishing amount of fidelity to the original story by Bernanos) and are not lesser films by any means.

Of course now we are back to the point of the last post on this subject: when you evaluate a movie on its own terms you will find that both adaptations and non adaptations (and in this case, faithful and non-faithful adaptations) can be equally great.  You are first and foremost watching a movie after all, a movie that should be evaluated on its own terms and not held in thrall to the tyranny of fidelity to the source material.

Yet, while I do not think that film adaptations need to follow the book to be successful “films”, it is not quite so simple.  If you want to evaluate them as an “adaptation” (whether simply as a thought experiment or as a fan of the original), there will be more involved than just saying it doesn’t matter how faithful it stays to the original.

Take the Lord of the Rings movies.  It’s no secret (by the amount of fanfiction I write here) that I’m a huge fan of The Lord of the Rings.  And honestly, while they added an action scene or two, beefed up Arwen, took out Bombadill, etc, overall, Jackson’s film versions are remarkably true to the books.  But, super fan that I am, they don’t *really* grab me as films and thus are not entirely successful for me (not to say they are bad movies, just not great movies).  I think I would have actually preferred to see what John Boorman was going to do with the story in his aborted attempt to make a Lord of the Rings movie.  I’m sure many things would have been changed, but if Excalibur (the film he made instead) is any indication, he had a sure grasp on many of the central themes and would have made an adaptation that captured the spirit of the books while hopefully being fine cinema at the same time.

I think the point here is still similar to the last post.  Nothing can recreate the same experience you had with the original work, so perhaps the filmmaker should be commended for putting their own touches on the work.  An adaptation in this sense could be viewed more as a “variation on a theme”, familiar elements reinterpreted and meant to be evaluated on their own.

Of course, aspiring to fidelity has its own merits.  In the essay mentioned in the last post (In Defense of Mixed Cinema), Bazin claims that the increase in adapted work after the late 1930’s was not a sign of film needing literature, but rather that film had grown strong enough as an art form to actually have the tools capable to create a faithful adaptation that could be just as good as the original.  It is one thing to make a film using similar ideas from another work, but quite another to try to make something “just like” another work (a lofty goal, and not necessarily one that has been achieved in the relatively brief history of film).

While I think there is something to this idea that creating something “just like the book” and making a fine film at the same time is a fine challenge, too often people assume that this is the most important (or indeed, only) reason to make an adaptation.  Just because Bresson supposedly pulled off this kind of a “completely faithful adaptation” with Diary of a Country Priest (according to Bazin…I haven’t read the book myself), doesn’t mean that that is the only reason to make an adaptation, or indeed that all adaptations should aspire to that level of fidelity.

I cannot believe they added wings to the Balrog. SUCH BULLSHIT.

I don’t know if we can still be friends now that I know you are in the “anti-wings” camp.

“Its wings were spread from wall to wall…”

I see that I have gotten *everything* backwards!

Perhaps whoever runs this website doesn’t understand what a simile is, which would explain how he could have completely overlooked the prior reference to SUPPOSED wings in the text–of which the passage he quoted is definitely a continuation of:

“and the shadow about it reached out ***LIKE*** two vast wings.” [my emphasis]

Oh, I suppose if Tolkien had said “Gandalf’s staff reached out before him like a giant cock” and then followed it up with “His cock swung from wall to wall..” you would say that the first simile carried over to the second obviously LITERAL display of his prowess to the Balrog and that Gandalf was as dickless as that dude from Ghostbusters?

I’m not even going to get into how, no matter how obviously well endowed Gandalf would be as a maiar, there is no way his cock could swing from wall to wall as the hall about the bridge of Khazad-dûm was hundreds of feet long and therefore even if we were talking about actual wings the Balrog would have to be far larger than one can reasonably assume to have a 500 foot wingspan!

But I’ll leave you with this, if Balrogs have wings, why do they always die by falling off a goddamn mountaintop!!??

Game over man. Game over.

I jive with what you are saying, Isley. There are some movies, like Who Framed Roger Rabbit, that are -terrible- adaptations, but are pretty good movies. There are adaptations like Hitchhiker’s Guide to the Galaxy that are both a good book and a good movie even though they are very different (and any true fan knows why this is super – though I know some didn’t like the film). Then there are adaptations like The Neverending Story which are very wrong (being that this is about my favorite book ever) but after finding out from people who have not read the book but saw the movie when it came out that it is some sort of beloved fulcrum of their childhood, well, okay. I really think that movie is terrible, though the lens of the actual story, but if I try to step back for a second, I guess it works as a film, for what it is. But god dammit, it would have been an effing EPIC film if they hadn’t cut out all the good stuff and if it LOOKED less like a kid’s movie.

And then we get to terrible adaptations. The Neverending Story 2 falls firmly into this bin. The first movie covered the first half of the book, more or less, in terms of the general narrative and characters. The second movie, supposedly, covered the second part of the book, but it really didn’t. Some of the characters had the same names, but it simply wasn’t an adaptation and, frankly, it wasn’t a good movie either. Starship Troopers is another one that pops into my mind.

And to settle the Balrog question:

Of course Balrogs have wings. I mean, let’s be reasonable here. Gandalf would have had wings too, but then everyone would have had him pegged as a weirdo and he never would have gotten a righteous ring from Cirdan. Everyone knows that the fear factor goes way up when something has wings. Consider: Giant Eagles, Dragons, black butterflies. Ah, but why the simile then? Because the wings -are- made of smoke! Balrogs can do what they like with smoke. Smoke is their bitch. But, smoke does not make a weighty balrog very lofty. The wings are just a fabricated gimmick made to put off wizards and other adventurers. The truth is, the balrog really just wanted these wankers to clear out of his digs and he didn’t really want to fight, so he puffed himself up with smoky wings in much the way a peacock or a pufferfish will put on a useless aggressive display to get out of an actual tussle. Obviously, Gandalf didn’t buy this and he gave the dude the smackdown after having gotten some Balrog-B-gone from Glorfindel.

Also, little known fact, when balrogs sleep, they hang upside down from the ceiling. It’s true.