On the agenda this month?  I discuss my innermost secrets about the features on this website via postcard!

I’ve tried my hand at ripping off postsecrets before (btw, since that post, I totally folded the shit out of that Stegosaurus), but I figured I’d go ahead and give it a full Internet Meme Monday treatment anyway.

www.postsecret.com began life as a blogspot blog on January 1st, 2005.  Founder Frank Warren wanted it to be a web site that displayed user submitted secrets via “postcard” with the only rules being that the secret must never have been revealed and be the complete truth.  In reality, it turned into a website full of wannabe graphic designers trying to out clever each other along with a few “Very Important” post cards mixed in every now and then to add a bit of gravitas to the site.

Of course, this description is a bit cynical for a site that is usually pretty cool–cool enough that I’ve devoted two blog posts to it now.  So today I’ve decided to reveal my deepest darkest secrets about all my monthly features.  Read on to find out more than you ever wanted to know about Middle Earth Monday! 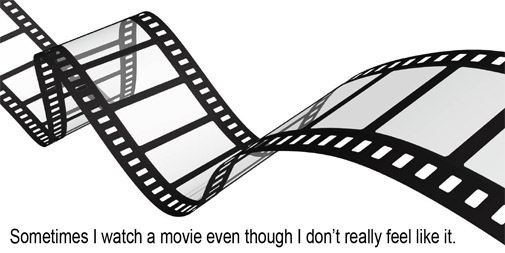 I mean, it’s not like it’s the last thing I want to do…just, books are nice sometimes too. 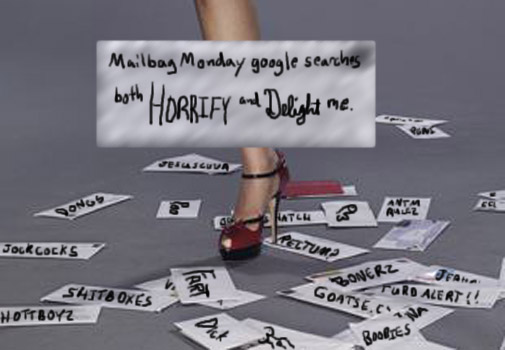 And about 90% of those searches come from Jock Blog. 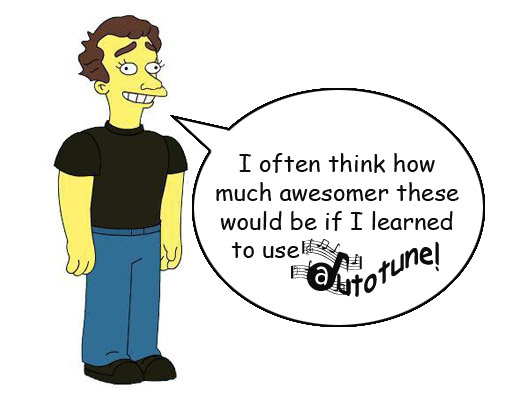 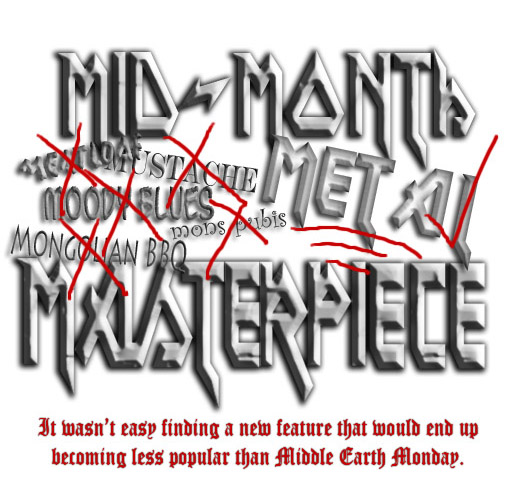 If it weren’t for Brian and my brother I probably would be the only person who reads Mid-month Metal Masterpiece.

Oh man, and when it happens…boy will my face be red! 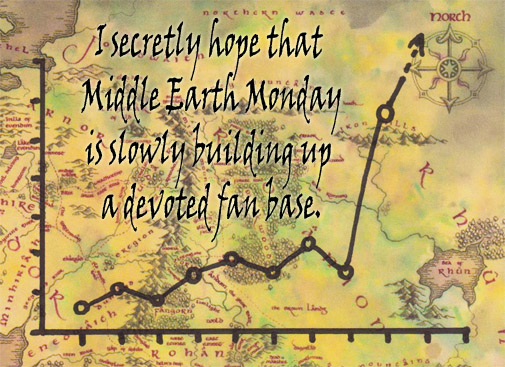 Look out Encyclopedia of Arda, here I come!

I would call myself a fan of Middle Earth Monday. Mid-Month Metal Masterpiece…that is another story.

Colonel Klink reads Mid-Month Metal Masterpiece sometimes, I think. That brings our total to three, which should probably put us in a dead heat with the ever-popular Middle Earth Monday in terms of overall fan base.

Anyway, maybe I’ll have you to get you, Klink and Silas together to have a trivia showdown with Nadine, NoJoy and Amy on the opposing subjects to see who the best team is.

Uh, can you throw in some Harry Potter trivia? Because…

I specialize in elves. I don’t know shit about hobbits.

No, I meant you guys answer metal questions, and vice versa…

I don’t know. I’m pretty good at metal quizzes. For instance, I got 9 of the following 10 correct:

Yeah, well how many of these can you get right?

I’m pretty certain I’ve read Tolkien a lot more than they’ve listened to metal. Whether or not I can recall any of that information is another story entirely.

I would venture to say that a majority of metal fans are also fans of Tolkien, whereas I doubt the opposite is true.

I actually love Mid-Month Metal Masterpiece. You make good arguments there, it shows me what is good about metal. I have a hard time finishing Middle Earth Mondays sometimes, though.

Well sweet Jon, I knew I wasn’t posting all those clips for nothing!

As for Middle Earth Monday…that’s fully understandable…I feel like it is the feature that needs to be played completely straight as a ridiculously detailed fictional history lesson that basically only I really fully enjoy (reading and writing…though the research is a time sink) …but yeah, that’s part of its meta charm!

I beg to differ with you, Isley. I believe I “fully enjoy” MEM as well, though it is possible you are keeping something back. I think I will go analyze one of the posts for hidden meaning. More shortly…

Just got your email… Damnit…don’t you have a dissertation to write?

With Amy’s permission, you need to post up that email. It’s sure to be even nerdier than Middle Earth Monday, and that’s really saying something 😉

If Isley wants to post it, he is free to do so, since I will claim only to have “found” it and not to have written it. Or is “Blogs and Blergs” not a legitmate journal?

@Amy – I’m pretty sure “Blogs and Blergs” is peer reviewed.