My Favorite Movies 54: Invasion of the Body Snatchers (Don Siegel, 1956) 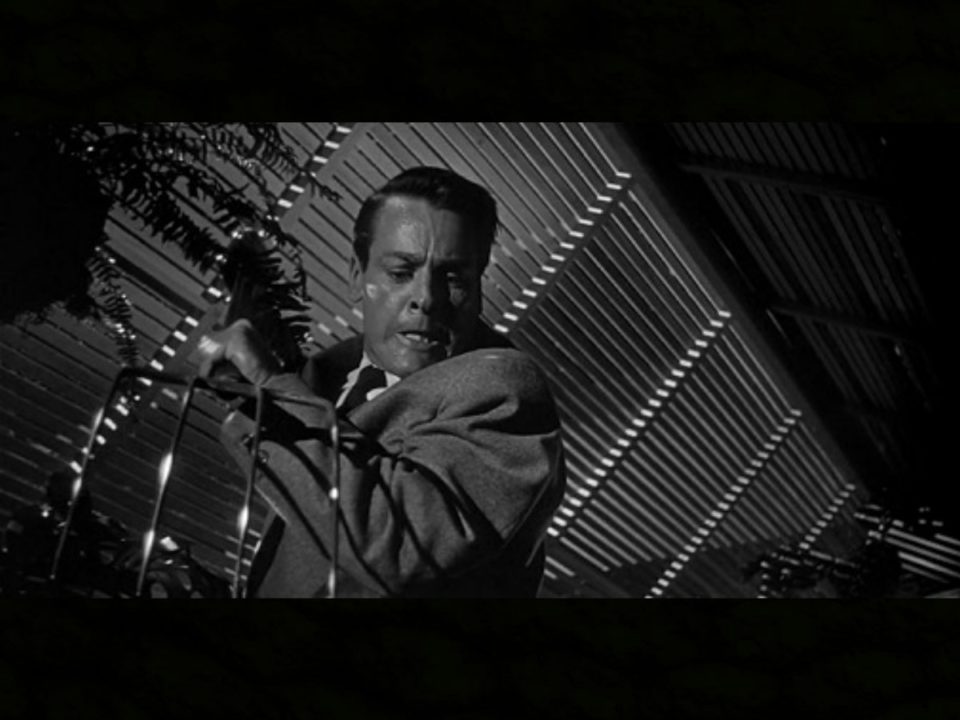 Horror films can be frightening for many reasons.  Unstoppable stalkers, cheap jump scares, and over the top gore all have the ability to scare the viewer.  However, none of that is quite as terrifying as Invasion of the Body Snatchers’ chilling idea that, not only have all one’s friends and family been turned into emotionless aliens, but the moment one closes their eyes to go to sleep, their consciousness too might instantly wink out of existence.  From this simple premise (and almost no budget), Don Siegel was able to construct one of the all time great horror films, a film that, to this day, will leave the viewer feeling far more uneasy than any modern torture-porn fodder could ever make them feel.

There is something that just makes the spine tingle about the idea that everyone but you has been turned into something “other” than human.  Like Jake Gittes says in Chinatown, we’re all alone, but a film like Invasion of the Body Snatchers draws the solitude and alienation of human existence into terrifyingly literal focus.  By the end of the film, Dr. Bennel actually is the last man on earth (or, at least, the last man in his small California town), and it is a horrifying thing to witness.

Much has been made of the supposed anti-Mccarthy message of this film, but I honestly don’t see it.  This could just as easily be a film about the horrors of religion, communism, or owning an iphone.  Parallels to the McCarthy witch hunts are surely are there, but it would do this brilliant film a disservice to reduce it to mere allegory.

Sadly, fearing that audience would not be able to handle such a bleakly nihilistic film, the studio forced a happy ending on the movie after shooting wrapped.  Thus, instead of ending on the breathtakingly cynical scene of Dr. Bennel finally making it to the highway only to be mistaken for a raving lunatic as he frantically (and helplessly) shouts “you’re next!” over and over at the passing cars, we are instead left with a book-ended scene of Dr. Bennel at a sanitarium where he finally manages to convince those in charge to do something to stop the Body Snatchers.  And while these bookend scenes lessen the impact of the film, there is still no denying the fact that I can think of few other horror films that manage to evoke quite the same nasty feeling of dread as Invasion of the Body Snatchers.  And if you are up for going to bed with an ugly taste in your mouth, I’d strongly suggest turning the movie off as soon as the final scene on the highway is over.