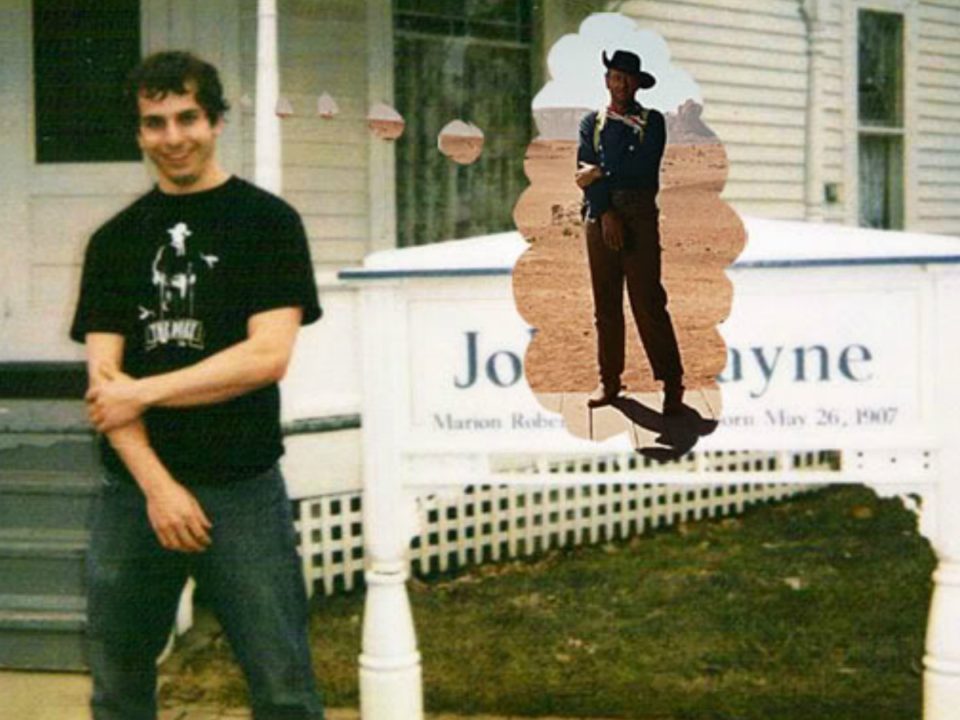 Everyone has probably heard at one point or another that they resemble some celebrity.  Well, the question of which celebrity I most resemble has become a bit more important lately when I learned of the upcoming film that I assume is based on my life story: The Undeniable Charm of Sloppy Unruh.  You can imagine my crushing disappointment as I learned that even though my dream casting choice Sean “Stiffler” William Scott was in the film, he would for some reason NOT be playing the title role of “Sloppy Unruh”.

Though I’m still working through a lot of hurt and betrayal over that disappointment, I thought I’d take today to sort through various celebrities that I have been told I resemble in order to find my ideal second choice (after Stiffler) to play myself in all future biopics based on my life. 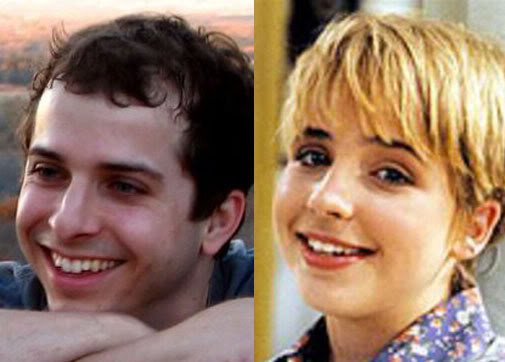 I can’t remember where I first came across this picture (probably one of my many Roseanne related google image searches), but I’ll be damned if I didn’t think I was looking at a picture of myself at first.  This image also led me to dredge up the repressed memories of a brief time in high school when I actually did have blond hair–which surprisingly did not make me look so much like Becky #1, but rather like next couple celebrities on this list.

Dolph “I must break you” Lundgren 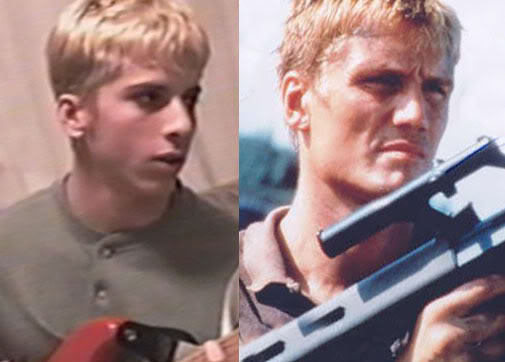 After posting the blond hair high school picture on facebook the first comment was a Dolph Lundgren joke.  I don’t really see the resemblance, but he is hardcore, so I’m adding him to the list anyway. 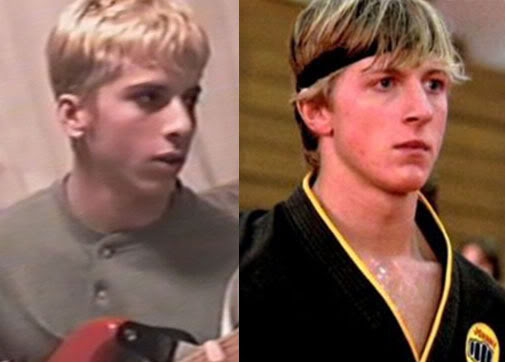 The next comment on the facebook picture drew a connection to everyone’s favorite Cobra Kai practitioner “Sweep the Leg” Johnny.  I can actually kind of see this one, and am known for my leg sweeps.

Draco “I wish a Potter would” Malfoy 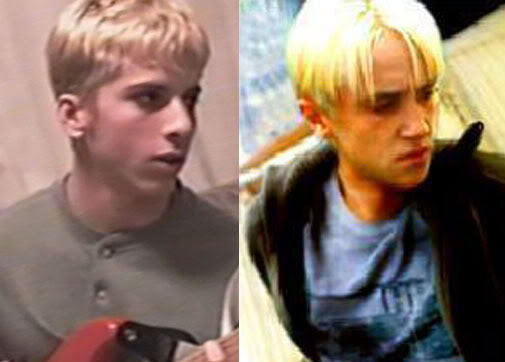 Surprisingly, no one made the Draco connection, which is disappointing as I would probably end up Slytherin.  Who am I kidding, I’d be a Ravenclaw nerd and everyone knows it.

Every celebrity ever with blond hair 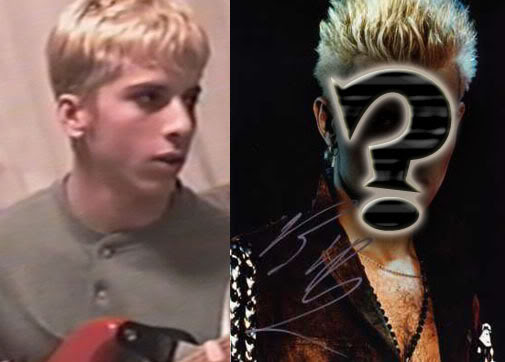 I quickly realized that the blond hair high school picture was getting me distracted and decided to move on to the actual celebrity resemblances. 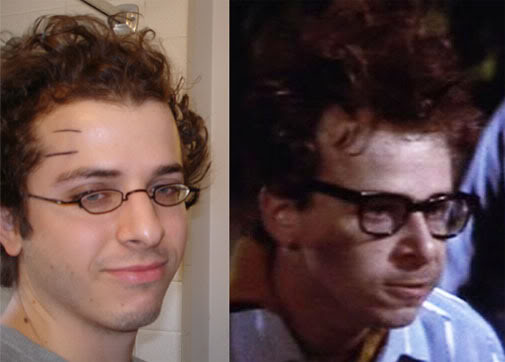 I’ll begin this one and the next one with a story.  So, I was sitting at my desk in the library a few years ago when a middle aged lady came walking in.  She took one look at me and crossed the room to say “you have the most beautiful eyes I’ve ever seen!”  I thought to myself “Isley old boy, you’ve still got it!” and went about the rest of my day with a swagger to my step.

The VERY NEXT DAY, the same lady went walking by my desk.  I had been in a rush that morning and was wearing my glasses, but still quickly fixed my hair as I prepared to be showered with compliments for a second day in a row.  She noticed me and shouted out: “Oh my god!!! Honey I Shrunk the Kids guy!!! You look just like him!!!”  I’m going to go ahead and assume it was the glasses. 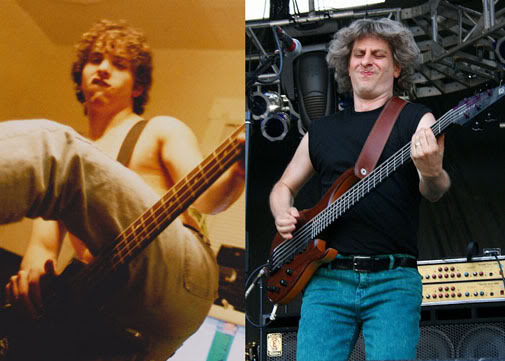 About five years ago I was sitting outside the art building on campus on a break from the drawing class I was sitting in on.  There were a lot of other local hipsters out there too, and one particularly insufferably dressed one came up to me and was like “Oh man, you look JUST like Mike Gordon!!!”  When I replied that I didn’t know who that was he said “oh, he is the bass player for Phish!  You look just like him!  But don’t worry…he’s a really good bass player at least!”  Before I could ask why I should worry he had fluttered away in a rustle of affected hipness and pants that were (purposely) so small they came down to mid calf level.

When I went home and looked up Mike Gordon I realized why I should worry.  I mean, I can see the resemblance, but no, I do not think that is a compliment, and no, the fact that he is supposedly a great bass player did not help.  People wonder why I hate hipsters.

Christmas morning, 2005.  I walked downstairs looked in the mirror and saw my hair had formed two perfect devil horns.  It would have been cause for more consternation had my teachers not informed me that I carried the demon seed from elementary school up. 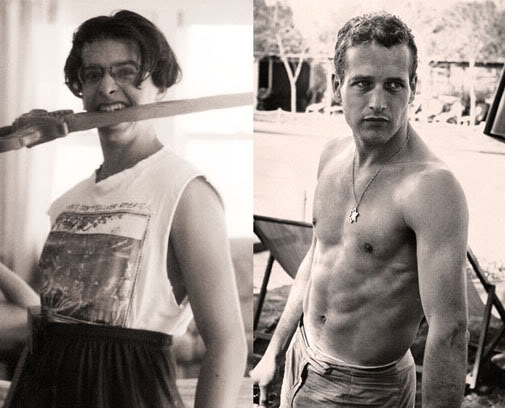 Sadly, none of the above celebrities really capture my certain je ne se quois.  Luckily I have saved the most uncanny resemblance for last, the guy that I get compared to on an almost daily basis.  I’m speaking of course of a young Paul Newman.  Sadly, it looks like The Undeniable Charm of Sloppy Unruh  is going to be made 50 years too late.  I guess I’ll just have to hope Rick Moranis is available.

While Justin sported a goatee, he was stopped by not one but two perfect strangers to be told that he looked exactly like Elvis Costello. I told my mother this. She said, “Well, he does.”

Also, you look like one of the hobbits, I’m just not sure which one. Hobbits all look the same to me. Maybe it’s just the hair.

Hah, Old Man Adams always said Justin looks like Buddy Holly. Funny how it doesn’t matter what you look like, if you wear the same pair of glasses as someone else you immediately look exactly like them.

I used to get “Frodo” a lot…mostly because of the hair (around the time period of the picture of me playing bass above)…and to be fair…I pretty much did have a Hobbit haircut.

Thanks for ruining my junior high school crush on Becky. I’d say that picture with the bass looks more like Paul Stanley of KISS than that Phish guy. The pose and facial expression is dead-on Stanley. You just need a star around your eye.

I’m pretty sure Becky wins, but I am shocked that Frodo is not on the list. Or maybe Adrian Paul…