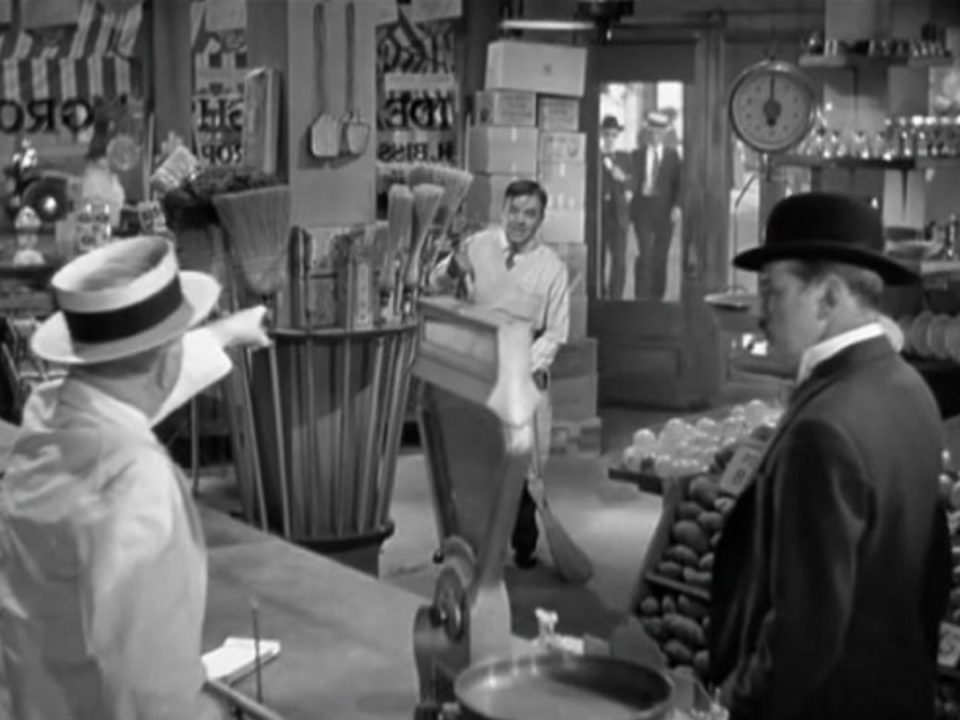 It’s a Gift is one hell of a depressing comedy.  It’s like just being on the edge of going to sleep with a mosquito buzzing in your ear, and no matter how many times you try to swat it, you only end up smacking yourself in the head.  And instead of this routine only lasting for that most annoying part of morning before your alarm clock goes off, it lasts for your entire life. This film is the most pure example of the central Field’s concept of a man ground beneath the heel of the world at every step who carries on despite it all.  It also may well be the most brilliant comedy ever made–though you will never feel so forlornly hopeless being amused.

All that may sound like high praise for a film that is little more than a string of lengthy Sisyphean set pieces with little else to interrupt the relentless string of misery on display. The world doesn’t so much stomp Field’s character into the ground as it does wear him down one stubbed toe at a time.  A blind man and a baby wreck his grocery store.  A host of interlopers, a coconut, and a baby wreck his nap. And throughout it all his wife keeps up the most mean-spirited and vile string of demeaning nagging I’ve ever heard.  To make matters worse, she’s not wrong in her criticisms.

We all fuck up, we all make mistakes, we all have base impulses, and here we see them torture a man for 68 minutes while the Greek chorus of his wife’s nagging voice never once lets up from the background.  Which is all to say this would have been the most depressingly unfunny movie of all time were it not also so wickedly brilliant.

Marx Brothers director Norman Z. (for ZANY… or Zenos) McLeod keeps everything cracking at a chariot race pace, while Fields pulls out all his best gags in an effortless display of comedic prowess.  The sheer volume of brilliant gags is so overwhelming that you almost forget to laugh out of sheer admiration for his wit.  Chaplin got it wrong, real comedy has no blind girl’s sniffing flowers pathos, it has a man on his last leg breaking down and offering to drive his family out of the hell they have entered only to have his car collapse into small pieces when he grabs the handle.

And yet, it’s not all rolling boulders up hills.  Somehow, despite his best efforts, at the end of the day Fields stumbles into the kind of luck only the truly oblivious might find and finishes the film a rich man contentedly drinking a 5 parts vodka with a splash of orange juice screwdriver.  Maybe Fields wisely knew that the viewer can only take so much depression before they need to see something good happen.  After all, what’s the point of carrying on if without a glimmer of hope that it might all be worthwhile after all?