Other things you can use taco filling for?

It has been a while, so I thought I’d answer this question with one of my famous “Stephenson Hall” stories!

Once, long ago, D.R. and I happened to have the dinner cook shift together.  As dinner cook shifts went, it was going pretty well (which is to say it wasn’t a disaster on the same level as the burnt (and frozen) Alfredo sauce on uncooked noodles with oven cleaner fried chicken that Eckert and I made). I can’t remember what it was, probably something easy like Rats (our name for the breaded chicken cordon bleu pockets we used to have), so we decided to get a little creative and found the two largest pots in the kitchen and proceeded to fill them full of everything in the pantry.  Instant mashed potatoes, red hot sausages (at least what was left after the epic red hot war), canned spinach, chocolate milk, Rats, meatballs, you get the idea…everything went into the pots (at some point I think the grill scraper accidentally fell into one of them).

After it had all cooked for an hour we spent the next 40 minutes putting everything through the food processor in batches to make a fine sludge (I think we called it “spicy bean paste”).  We put a mixing bowl of it out (I believe Giessel ate a lot of it and called it “delicious”), but we had so much left over that we were able to half fill a giant garbage bag full of it.

The dining room was starting to fill up at this point so we hid the garbage bag full of awfulness in the boiler room (aka “lower level bathroom”) for post dinner shenanigans.

Sadly, word got out (I can never seem to keep my mouth shut with these things) and our hall proctor Nick found the bag soon after dinner.  As Nick returned from disposing of its contents in a less creative way than we had planned he caught Ian searching through the boiler room to try to find the bag after I told him where I’d hidden it. The following conversation took place:

Nick – And what are you looking for in there Ian??

Ian – Uh…I thought I heard a weird noise from the boiler, just wanted to check it out…

Nick – Oh really? You must have Radar hearing to have heard anything through that door.

Ian – Actually, radar uses electromagnetic waves to detect objects, so it would really have nothing to do with sound waves, so you really can’t have radar hearing.

I realize none of this really answers your question, but if you substitute “taco filling” for “spicy bean paste” then you could use it in the way that we planned on using the “spicy bean paste”.  Which is to say, you could make a whole shitload of it and then drop it off the fire escape.  Also, don’t forget to burn a 1 inch layer of crust onto the bottom of the pots you used so Old Man Adams has to spend an hour trying to clean scrape it off during his dinner pots and pans shift.

I mean srsly, next you’ll be asking “cat or cæt” or “Ghân-buri-Ghân or Ghän-buri-Ghän”?

Though this does remind me of the time my sister bet me “dishes for life” that it was “Biblo”, not “Bilbo”.  One of the many times she weaseled out on “dishes for life”.  I believe she claimed there must have been a misprint in the copy that she had read and therefore the bet didn’t count.

Anyway, it’s Tolkien. (I will neither confirm nor deny whether or not I had to look it up to make sure)

Oh Ms. O’Shea.  I’ll be the first to admit that I was a bit of a handful for some of my teachers (sorry again for setting your overhead projector on fire Ms. Hall!)  But, aside from Mr. Robertson (who claimed he would punch me in the face if he ever saw me after graduation–though to be fair I did set his physics lab on fire), Ms. O’Shea was really about the only one who deserved it.

So no, I’m not sorry for stealing all your chalkboard erasers and doorstops, I’m not sorry for the giant spitwads on the ceiling and no I’m not sorry for ordering 15 supreme pizzas to our 5th hour class from the school payphone after you refused to give us a pizza party.  Like Schindler, my only regret was that there was so much more I could have done.

That said, I’m surprised that this cartoon I drew Sophomore year of high school was so tame.  I guess I just didn’t know how to draw the goatse picture back then.  Anyway, she really did wear a whistle because she refused to raise her voice, she started every admonishment with “here’s an idea”, she walked like Mr. Burns on the Simpsons, she had enormous eyes covered in makeup, she had a constant detention list on the board and was really just an awful spiteful person.  And yes, I see what I did there with the hyphenation on “assistent [sic] principal” (whose front yard you might remember from such stories as “Jock Blog 3: The Giving Tree“…not that any of those Jock Blog stories actually happened of course…) 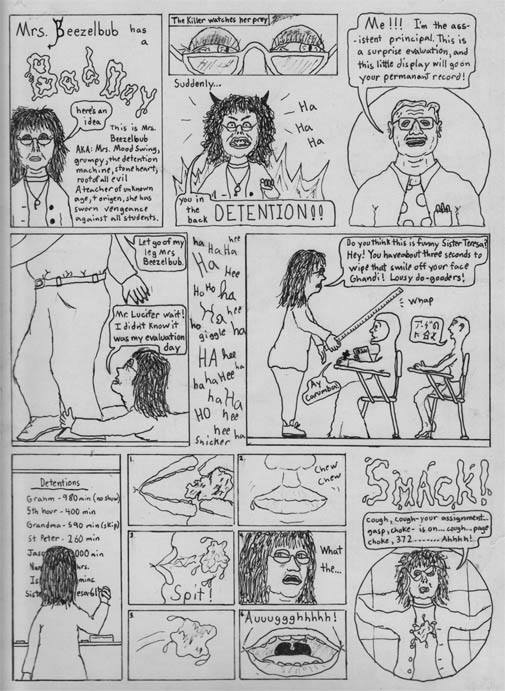 what is middel of the earth?

In the exact middle of the earth there is a tiny sun that illuminates the savage land of Pellucidar that lies on the reverse side of the Earth’s crust (which is about 500 miles thick).  Though such a place seems to defy the laws of gravity (among other things), it is described in great detail in Edgar Rice Burrough’s pulp novels from the teens and twenties, and I believe it is assumed that Pellucidar’s inhabitants stay in contact with the ground due to some bastardized form of centripetal force.

Pellucidar is an immense jungle land (its land areas mirror our oceans so it actually has a greater land area than the earth) full of prehistoric creatures and savage peoples that lies in a state of timeless perpetual sunlight (aside from the aptly named “Land of Awful Shadow” which lies directly beneath Pellucidar’s only moon).  It can be accessed from the surface only through a hidden opening in the North Pole.

Ok, so this one is a too easy, but I can’t resist. So sure, here are the top ten most ridiculous black metal pictures of Graveland frontman Rob Darken, everyone’s favorite Polish fascist: 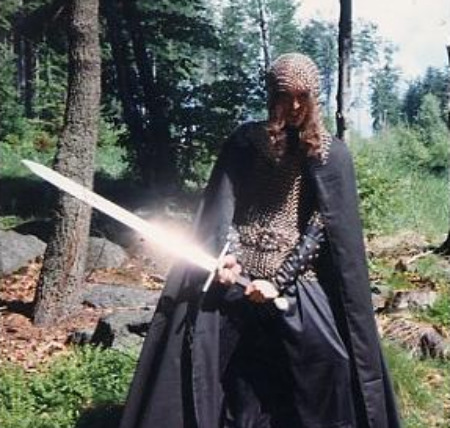 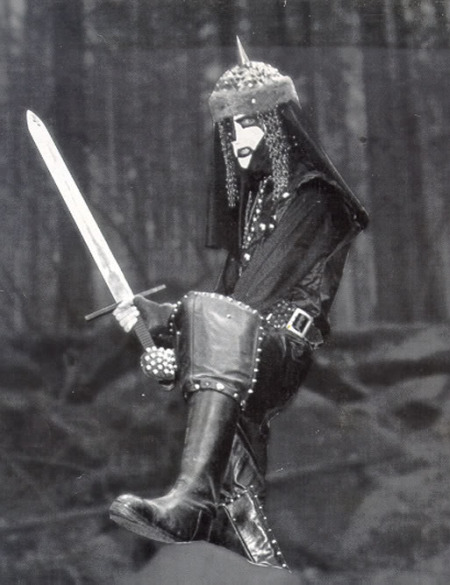 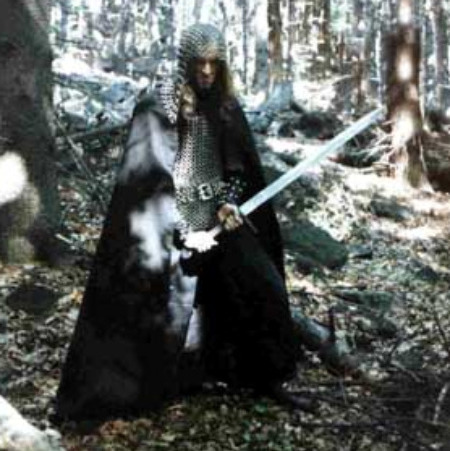 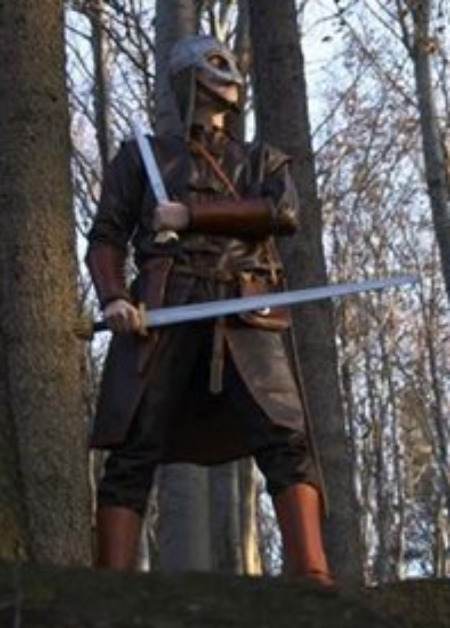 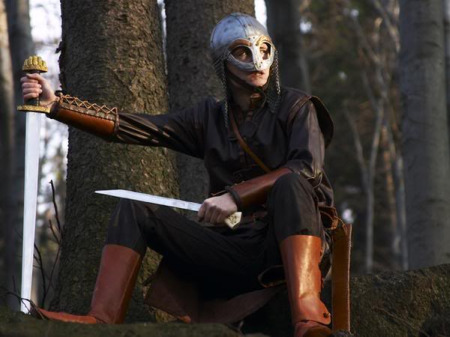 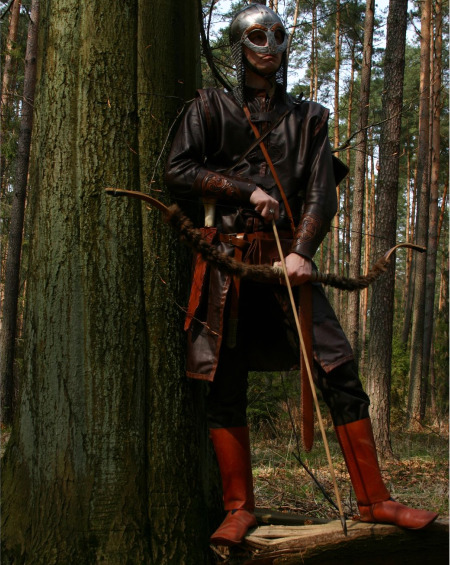 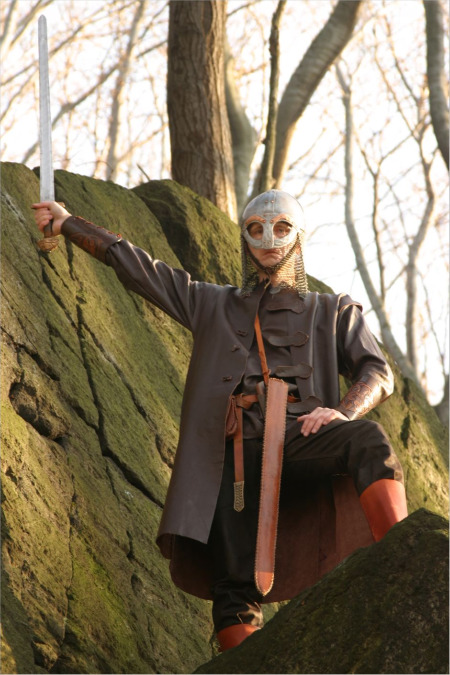 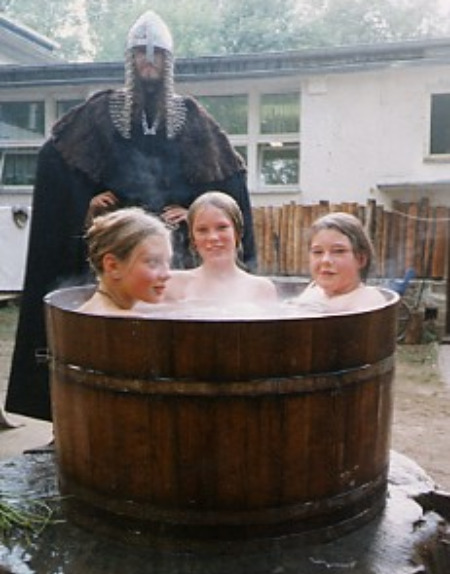 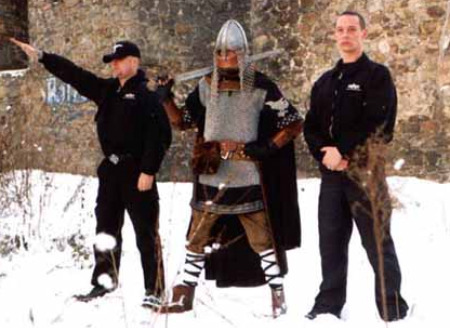 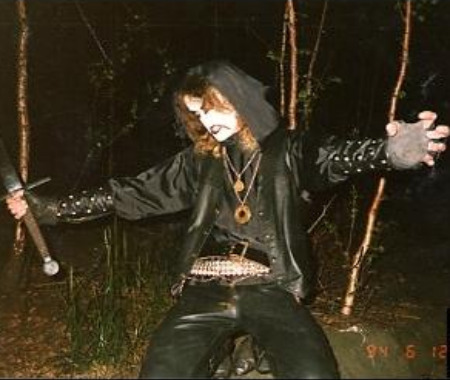 So, what can we learn from these pictures?

Mr. Robinson (wasn’t it Robertson, though? – I seem to remember calling him Ro-Bear) was a pretty nice dude. If all he were ever to manage to do was punch you in the face – or even kick you in the nuts, for that matter – you’d still be well ahead on the score card.

Rob Darken has a really nice Type-O sword there. I wonder if it has any hilt engravings (I hope they’re ring chain!!)

Oh, yeah, it was Robertson (I corrected it). And yeah, I’m not sure who started our feud, I suppose it is not unlikely that it was me. I do remember a lengthy class discussion about whether or not he could kick my ass or not. Various students pointed out that I was a wrestler, but he said that he was bigger than me and all he’d need was one punch. I want to say they made a strengths weaknesses list for each of us, but maybe not…either way, I don’t think he was joking.

Also I did burn half my eybrows off making a flamethrower with a big metal tube and the gas jets in one of his physics labs, so I’m not sure who gets that point.

I assume you don’t mean that the sword was at one point owned by Type-O Negative? So what is a type-O sword?