How to make the coolest origami dragon ever?

Considering my interests I’ve made a few origami dragons in my time.  I’d say the coolest one I’ve ever made is this one: 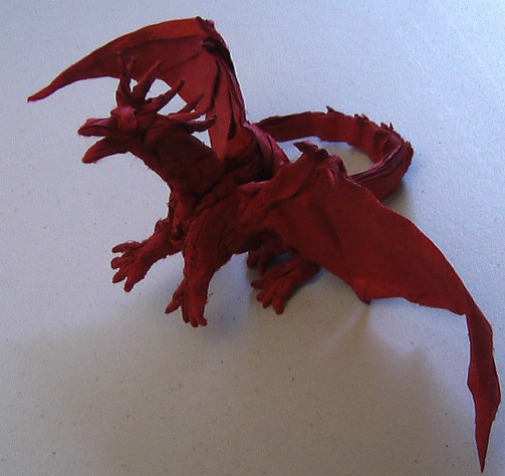 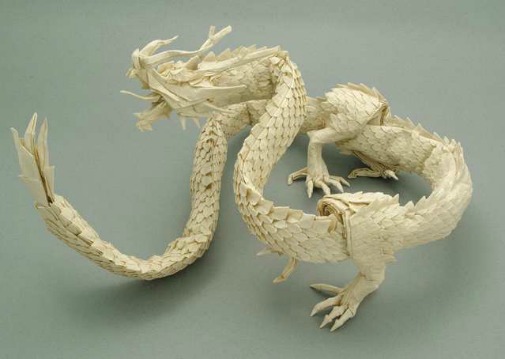 I’ve never attempted to fold his Ryujin myself, but if you are familiar with crease patter folding, it shouldn’t be too hard.  Basically, those who can fold from crease patterns can look at a picture of all the creases left on the paper of an unfolded model and figure out how to fold the finished product.  So, if that is your thing, here’s the Version 3.5 crease pattern for Kamiya’s Ryujin: 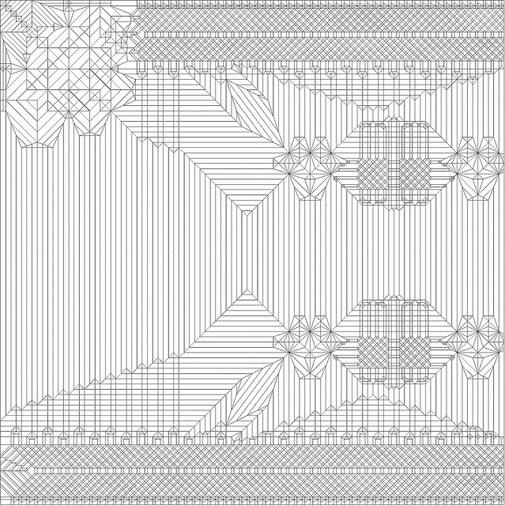 As you can see, it’s pretty basic box pleating, nothing too fancy (though it does show Kamiya’s impressive use of asymmetrical crease patterns for symmetrical models). All you need to do is print that out, fold along the creases and you’ll have your very own totally awesome origami dragon!  Also, you’ll need to use a 6 foot by 6 foot sheet of paper and will probably need about 2 months of solid folding to finish it.  At least that’s what Kamiya needed.

Was John Wayne a pacifist?

I hope you are trolling here.  I mean, we are talking about the man who gave this speech to the young republicans of America:

We are also talking about the man who has said:

“Get off your butt and join the Marines!” (though, like MC Hammer, he didn’t quite get around to taking his own advice)

So no, John Wayne wasn’t a pacifist.  As John Wayne himself would say: “Pacifist? I’ve been called a lotta things, but that…”

The Rage meme has been around for a while, and only seems to grow in popularity.  What started as a simple fourpane comic that would always end with a guy screaming “fuuuuuuuuu….” has grown into a veritable pictographic language of faces for every reaction/occasion.  The “true story” rage meme just uses a picture of NPH from How I Met Your Mother to assert the veracity of the four panel comic story you have just read.  For my example I went ahead and created (with the help of the “challenge accepted” rage face) a comic that illustrates a “true story” from my recent past: 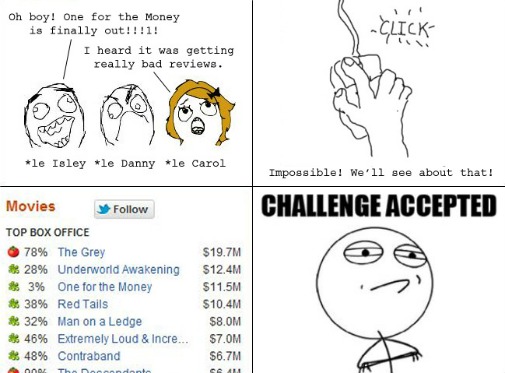 Sadly, though I have personally accepted the challenge, I haven’t been able to convince anyone to actually go see One for the Money with me.  Still: 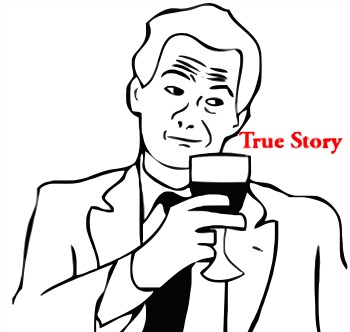 But you didn’t come here to do your own google image searching.  So here, for your monthly black metal bemusement, is one of my favorite black metal nerd pictures (from the back of Greek black metaler’s Nergal’s cd The Wizzard [sic] of Nerath): 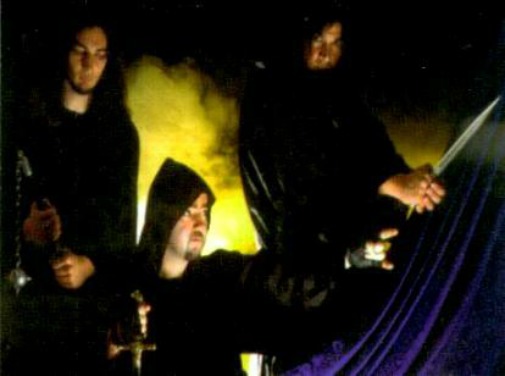 I mean, robes, weapons and candles are pretty par for the course…but the choice of a full color photo and relatively clear lighting has revealed just how non­threatening most black metal bands really are.  I have also always liked this photo because that guy on the left is holding the exact same flail that Aaron and I bought on ebay way back in the Scholarship hall days for only $12!

Then when it arrived I found myself unable to resist getting medieval (literally) on the walls of the second floor hallway.  I believe the conversation with our hall proctor the next day went something like this:

Nick: “what are all these holes in the wall with smaller holes inside them?”

Isley: “Hmm…I think those have always been there.”

Speaking of weapons that do 1d8 bludgeoning damage to walls…

I don’t know if everyone has heard, but I’ve got a pretty serious D&D game coming up this week.  See, back in the day, I was part of an elite squad of Dungeons & Dragons players that played a continuing game for over 3 years.  We were like a well oiled role playing game machine.  I still remember the time we attended a town fair and completely ruined their boat race and dance competition, but that is the story for another day.

Sadly, people moved away and our elite squad of role players slowly dissolved…until today that is!  That’s right, we’re getting the old team back together for one last job!  And by “one last job,” I mean: “the most brutally epic Dungeons & Dragons game of all time.  We’re going to start playing on Thursday evening…and we’re not going to stop until Sunday afternoon.  I’m playing a 66 year old female witch, and here is a sample of the tiles that we are going to use: 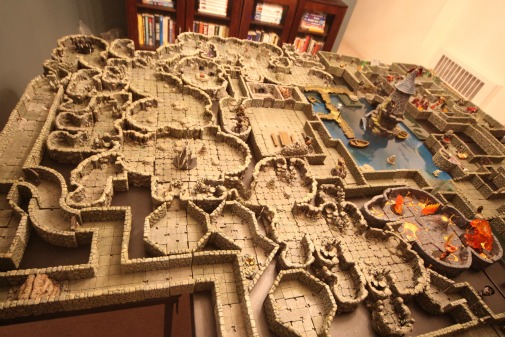 Yeah, we aren’t fucking around (in case the idea of a 60 hour D&D game didn’t already tip you off on that account).

Of course, with a game of that length, I’m sure a lot of you (like this Mailbag Monday reader) want to know what type of exercises I have been doing to prepare myself.  Well I’m glad you asked, I’ve made a list!

That’s it for this week, be sure to check back in on Thursday for a LIVE BLOG (with 24/7 live video feed) of the entire D&D ordeal.

To be fair hammer officially changed his stance in this follow up track: http://www.youtube.com/watch?v=WSNcG7jt6Wo

Haha, I forgot about that one! John Wayne on the other hand never apologized for Green Berets.

So when I said I’d see that terrible movie with you, you just blocked it out?

Oh crap, I thought you’d taken it back after the reviews came out. If not, then next girl’s night!