Metal songs with little in the title?

While there are not nearly as many metal songs with “little” in the title as there are with like, say, “darkness,” “Satan,” or “rainbow,” a quick metal archives search turned up 1466 songs with the word “metal” in the title.  A lot, but not so many that I couldn’t go through each one and find some of the best titles for this question.

First I was just going to find amusing songs from bands I liked, but all I really found was Riot’s “Little Miss Death” which was from an ok album, and Saxon’s “A Little Bit of What You Fancy, ” which was from a less ok album.  Thus, I relaxed my “only bands I like” criteria and just went straight for the amusingly titled “little” songs.

There was plenty of stuff like Cumchrist’s “Mary Had a Little Clam”:

Not sure what that song is about, but the title might actually be somewhat clever? And it’s not a bad bit of grindy Carcass worship from a band I’d never heard of, so, score!

I know I’ve fallen a little behind on my movie watching this year, so at first I couldn’t figure out what you were referring to.  But, if by crazy, you meant like anger issues, out of control machismo and excessive perspiration, then obviously you are referring to Fast & Furious Six, a film many have called the greatest love story never told. The unrequited bromance between Vin Diesel and The Rock is sure to become one of cinema’s great romances, up there with Bogie & Bacall and Stiles & Prinze Jr.

Though, if you meant 2012, then I’m pretty sure you are thinking of Silver Linings Playbook, aka, Finding True Love Makes You Not Be Crazy Any More.

And if you meant 2011, then you are thinking of Fast Five.

A famous (and possibly apocryphal) story about the making of the movie The Big Sleep was that there was an argument on set about who killed the chauffeur Owen Taylor.  I guess the plot to the movie they were making was so convoluted that nobody could figure out, not Bogart, not Howard Hawks, not William Faulkner.  So they all gathered around the phone and called up the original author Raymond Chandler. Supposedly Chandler was forced to admit that he himself didn’t know who killed the chauffeur.

However, I wasn’t satisfied to leave this mystery unsolved, and after making out my own Big Sleep Character Connections Chart which also proved unable to determine the killer, I turned to my dad, the world’s foremost expert in all things Chandler and film related.  Here’s what he had to say:

The book gives some clues to the murder of Owen Taylor. Joe Brody admits sapping him and stealing the pics but denies killing him despite the pigs at the scene saying the hand throttle was set halfway down. Detective Ohls asks one of the salvage dudes what he thinks. His reply was “It was suicide” and goes on to explain that the tire tracks were perfectly straight into the guard rail, the car flipped several times indicating a high rate of speed that could not be achieved by a hand throttle set only halfway. Ohls answer was “you got eyes buddy” and later reveals that Owen tried to elope with the little sister (foiled by Vivian) and had a police record, which along with the porno pics of his beloved and recent murder he committed gave him a motive for suicide. There is no smoking gun but why else write this plot development? The movie does not reveal this but should have. Then again the book has Marlowe dumping Vivian and yearning for Eddie Mars’ wife at the end.

So there you have it, not a murder at all…a suicide!  Turns out It’s a Wonderful Life was right: 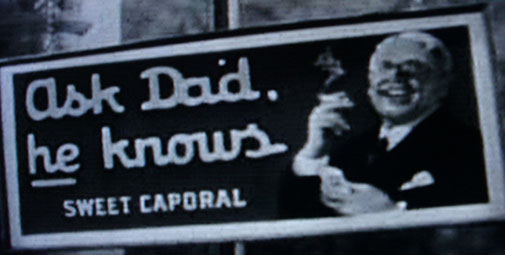 How do you make a heavy metal patch vest?

I can’t speak for anyone else, but here’s my usual routine: 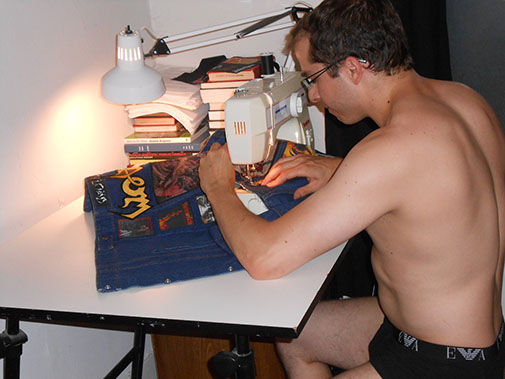