I’ve had this question in the old mailbag for quite a while, but due to the renewed allegations of pedophilia from one of America’s greatest living directors, I figured now was the time to bust out a brand new “Creepy Woody” meme: 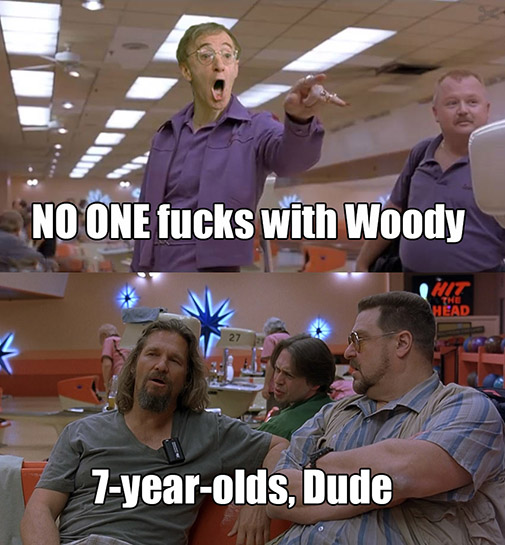 What, too soon? Poor taste? A shrewd application of a hilarious pederast joke from The Big Lebowski?  Most likely all three…

I think we can all see where this one is going, let’s just get on with it: 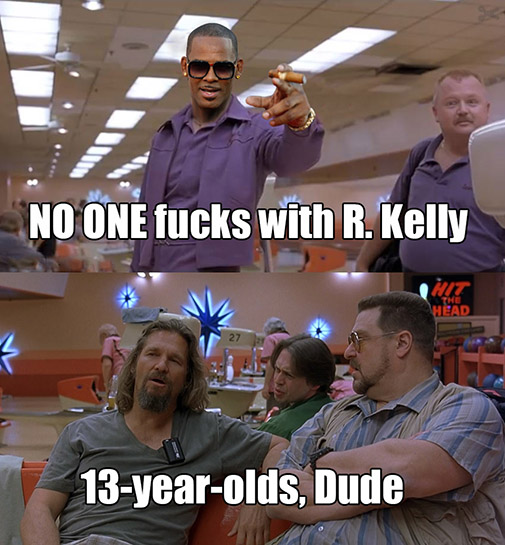 To my knowledge, in over a century of German filmmaking, the country has only ever produced one comedy film: R. W. Fassbinder’s Satan’s Brew.

Why haven’t there been more “Komedies” from Germany?  Maybe the plot summary from imdb will shed some light on this:

Walter, a German anarchist poet, is short of money after his publisher refuses to give him an advance. He tries various ways of raising money, including shooting one of his mistresses and relying on the life savings of a woman from the country who is fanatically devoted to him. He also has to contend with his long-suffering wife, his fly-obsessed crazy brother, his other mistress and a police murder investigation.

I should point out that the brother isn’t so much obsessed with flies as he is obsessed with the idea of having sex with dead flies.  That’s kind of funny maybe?

This is actually one of my favorite “from scratch” recipes.  You will need:

Simply add your ingredients to a blender and puree for 90 seconds.  In no time you will have made a delicious batch of burrito sauce from scratch!  Just remember to remove the wrapper from the burrito before blending!

Now, my first instinct was to say that the newly discovered “Kriegsgolf” had a chance mostly because I like to imagine the band members are all douchy yuppies with “Golf ist Krieg” bumper stickers on their Beamers.  Though, sadly, I’m pretty sure their name is actually Kriegsgott and the “golf” part only comes from a hilarious logo malfunction (also, golf is pretty Tolkieny, and thus, pretty black metally):

Of course, even if they were really called Kriegsgolf, they would not have stood a chance of beating the undisputed champion of bad black metal names, Moonblood:

I have serious doubts about this burrito sauce recipe.

Human life forming from a coagulum of menstrual blood is actually, I hate to say, pretty fucking metal.