“I found some money on the street.  Should I keep it?”

I have an ethical question! The other day, I found a $10 and a $5 on the sidewalk. ((1)Might they have belonged to the guy lighting a cigarette half a block ahead, who had presumably just pulled that lighter out of his pocket and maybe then also dropped these bills? Maybe! I did not ask!) I took them! Yay! I had $15! But then I got home, and looked at them, and…it was actually a $5 and a $100. And it was Christmas Eve. And suddenly I was the worst person in the world. I couldn’t have possibly found the owner of a $100 bill in my neighborhood. (2) But still…do I have to give it all to charity? (3) Can I give only half of it to charity? (4) What if I spend the other half on things for OTHER people, except they’re people I know, not just charity-people? (5) Does it factor in at all that I had just done a thing which had lost me $45 that very afternoon? ((6) And does it matter if that thing was totally my own fault and just me forgetting to pick up the thing I had just spent $45 on because I’m dumb?) (7) And does it matter if I had been pining over a tea mug & saucer at a schmancy little Brooklyn gift shop which costs (and I swear to god this is true) $98 (!!!!FOR A MUG BUT I WANT IT SO BAD!!!!!) and so maybe this is a sign from god that I should buy a very breakable, very expensive mug for myself, because thieves and jerks always profit??? (8) Also, either way, I’m totally keeping that $5, right? It is currently sitting in a box in my living room – not even my bedroom! – because I want so little to do with it. (Um…please don’t steal it from me.) Please just make this decision for meeeeeeeee. I don’t want to have to do it and it makes me feel BAD.

I SWEAR TO GOSH THIS IS TRUE:

Just now, walking to the library, I FOUND A TWENTY ON THE GROUND. (9) WHAT THE FUCK, ISLEY. And I had taken a different path walking there than I ALWAYS do!! And I WAS READING A BOOK AS I WALKED!! (10) How did I even happen to glance up at that exact second!? (11) WHAT IS GOING ON??

Alright, let’s dive right in, better just start at the beginning…oh, importantly, this is the teacup in question: 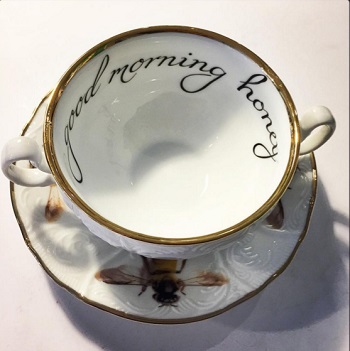 Ok, NOW, let’s get started and see if we can work our way through this dilemma!

WHEW.  Ok, new MBM rule: ONE question, not 15 per submission!

I still haven’t really answered your basic question: “Can I keep this money??”  And, really, the only ethical dilemma here happened at the moment in which you found that money.  How far ahead was that guy?  Was the sidewalk icy? Were you in uncomfortable shoes?  Did he look douchy?  Because, if in your heart of hearts you really thought it was probably his money, you probably should have made a reasonably considerable effort to catch up to him and ask if he thinks he dropped anything (definitely don’t say it was money–make him say he was missing a hundred (who just carries those loose in their pockets?)!  Maybe it wasn’t his, you don’t want him having a chance to con you out of your hard-found money if it’s not his!)  It’s not really your job to help people who have so much money that hundreds literally fall out of their pockets, but it would still just be a nice thing to do.  Unless your starving kids were out of bread, of course.

I know you are familiar with my guiding maxim “if you feel bad about doing something, either stop doing it, or stop feeling bad about it,” and it definitely applies here.  Just make sure the reason you didn’t run after him to ask if it was his was not because you just really wanted to keep his money.  Because, you know, that’s his money, that’s kind of not a great thing to do.  But my other guiding maxim is “no use crying over spilt milk.”  The dude is gone, there’s no way to get his money back to him, so it’s yours!  Happy day!  Buy that teacup, it’s super cute!  Next Christmas Eve just try a little harder to make sure the person who dropped their money isn’t still around!

And for all those people out there who would just assume I’d say take the money no matter what, I only have this to say: 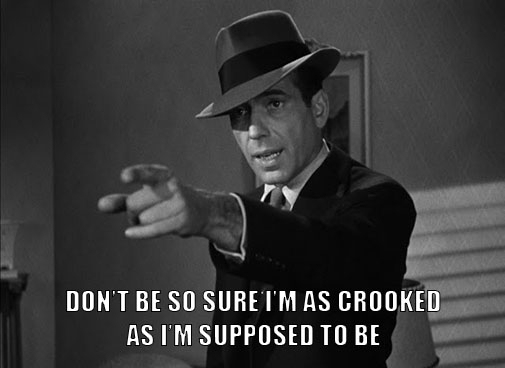 “Did you get the “Wolves Among Sheep” NSBM book, by chance?”

Hey, speaking of ethical issues, here’s a prime example of me desperately trying to not feel bad about something I do, rather than to simply quit doing that thing.  Which is to say, I just keep listening to the music I like rather than taking a stand against a black metal underground full of ideologically reprehensible assholes.  So, yes, Phil, if you must know, after I was unable to find a pirated kindle version, I DID in fact buy a copy of that new Wolves Among Sheep book in the hopes of discovering a few lost NSBM gems I may have missed: 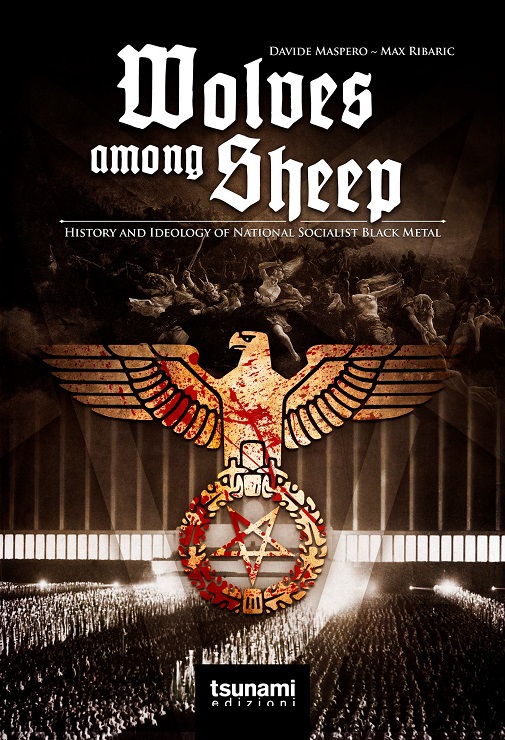 So, don’t feel so bad Jessica, at least you aren’t monetarily supporting racists.

I’m not sure which is more intriguing, your lack of understanding as to how to use quotes while googling something, or what you hoped to find with this search.

This is a movie that says “when life gives you lemons, you should just pretend there is a magic sky god that will let you live in his lemondrop kingdom instead of that shitty lemon “real” world.  So, yeah, it’s bullshit, fuck that movie.

How is it that you know how to spell her name, but don’t know that they are vaginas, not flowers?

I’ll be honest: this is way more thorough, and also way more useful, than I had anticipated. And yes, perhaps I did ask you because I assumed (and hoped) you would just tell me to buck up and spend it all on myself. But this is kind of some serious philosophy-major level stuff right here.

I think I am definitely going to give at least some of it to charity, because that will make me feel not-bad about spending the rest of it on something frivolous (which I am totally going to do). Because you’re right: the entire question is sort of useless and beside the point by now, because my moral failing (and there was one) happened in that first second when I just TOOK it (whether I thought it was $15 or $105). So my bad-person-hood is spilt milk, but I am going to try to be more careful with my milk going forward.

Isley, Mailbag Monday has made me a better person. Your blog continues to make the world a better place.

Aw, at least SOMEONE understands the value of Jock Blog for humanity!

And my whole charity is worthless thing isn’t the most sound reasoning, there are all kinds of charitable donations that actually DO make a difference, so go for it. If you are looking for a good amount to donate…I’d suggest…$27?