Man, tell me about it.  Every time I try to do something fun or exciting, some fucking dinosaur has to make it not that way.  I mean it’s bad enough…  Oh, wait, I think I totally just missed the point of your letter…how embarrassing!  Well it didn’t take me too long searching around the internet to find this picture: 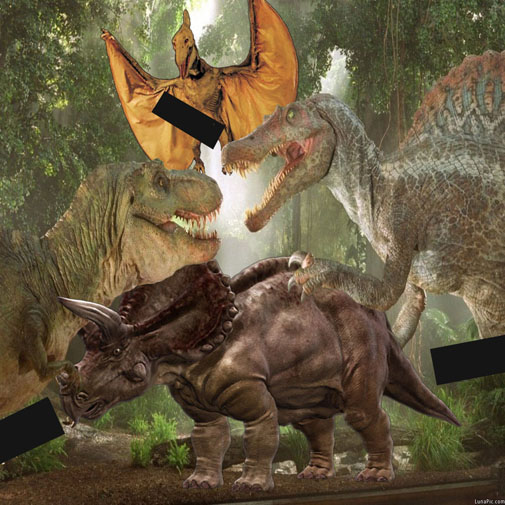 I had to strategically censor some (dinosaur) parts (this is a family blog after all), but yeah, there you go you, enjoy!

Well, I looked all over the internet for pictures of Lasers “doin it” and this was about the closest thing I found: 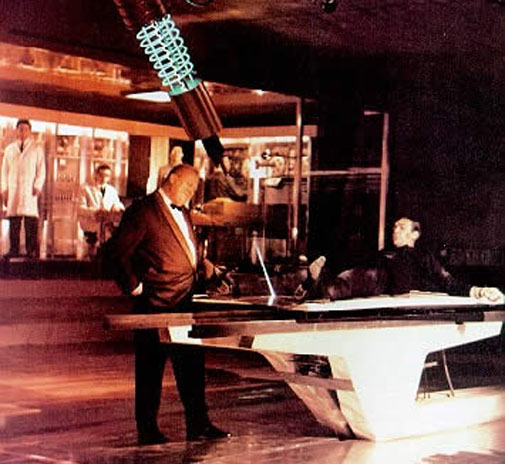 I hope that will do it for you in place of actual “laser on laser” action!

Ok, first of all, no, I’m not doing a photoshop for this one.

Second, is this a response to Middle Earth Monday?  Because, I’ve said it once and I’ll say it again: that feature isn’t going anywhere! Granted, the reader response has been less than stellar…and my hate-mailbag has been full of letters like the following:

“I didn’t even get through the first sentence before my eyes glazed over on this one.”

“I spent 3 hours on Google Maps trying to figure out where the fuck that lake you were talking about was at before I finally realized it was some made up shit from fairy rainbow land.”

“I’ve watched reality shows that were more productive uses of my time.”

“Not another fucking elf.”

“Rómendacil II was known as Minalcar at the time when he destroyed the great Easterling army in 1240 T.A.  He only took the name Rómendacil II AFTER that great victory.  If you are going to dabble in the realm of fictional cartography, please make sure you have your facts straight.”

“Let me guess, you play the recorder?”

What brand of pipe weed did merry and pippin smoke?

You know what? I’m not going to let the previous letter go.  You guys want to keep complaining, here’s a little taste of Middle Earth Monday creeping into Mailbag Monday.  Keep it up and I really will make every Monday “Middle Earth Monday”!

So, thank you for your question!

In the memoirs of Meriadoc Brandybuck, he suggests that the original pipe weed was brought from over the sea by the Men of Westernesse long before Shire Reckoning.  Then, from the lowland banks of the Anduin it made its way north until, as legend has it, the Bree land Hobbits first put weed to pipe–though it was not until about 1070 Shire Reckoning (about 350 years before the events in The Lord of the Rings) that the first true “homegrown” was harvested by Tobald Hornblower in the Southfarthing.

As for the brand that Merry and Pippin prefered, they were quite excited to find in the Isengard stores some of the Hornblower brand (not the original Tobald’s weed of course, but that of his descendants) Longbottom leaf from the particularly excellent 1417 crop, so that was obviously a favorite brand of theirs.  Of course, old Toby and Southern Star brands were also particularly enjoyed by everyone’s two favorite Hobbits.

Does “isley unruh” look fart in these pants?

Ok, I’d like you to step back and take a look at what you wrote because I am having a hard time figuring out what you are trying to say.  I know English isn’t the first language of *all* my friends, so I don’t want to make too much fun of you here, but as near as I can piece together, you farted in a particular pair of pants and you want to know if I will look in them?

Well, this video aside:

*[edit] Oh goddamnit…ok, I just had the pun explained to me–good one.  …apparently I am the one who doesn’t understand the English language.

When discussing the intersection of large reptiles, technology, and doin’ it, I think you’re verging on criminal neglect by failing to mention this:
http://jalopnik.com/306619/dragons-having-sex-with-cars

And why does the internet always have to one-up me 🙁