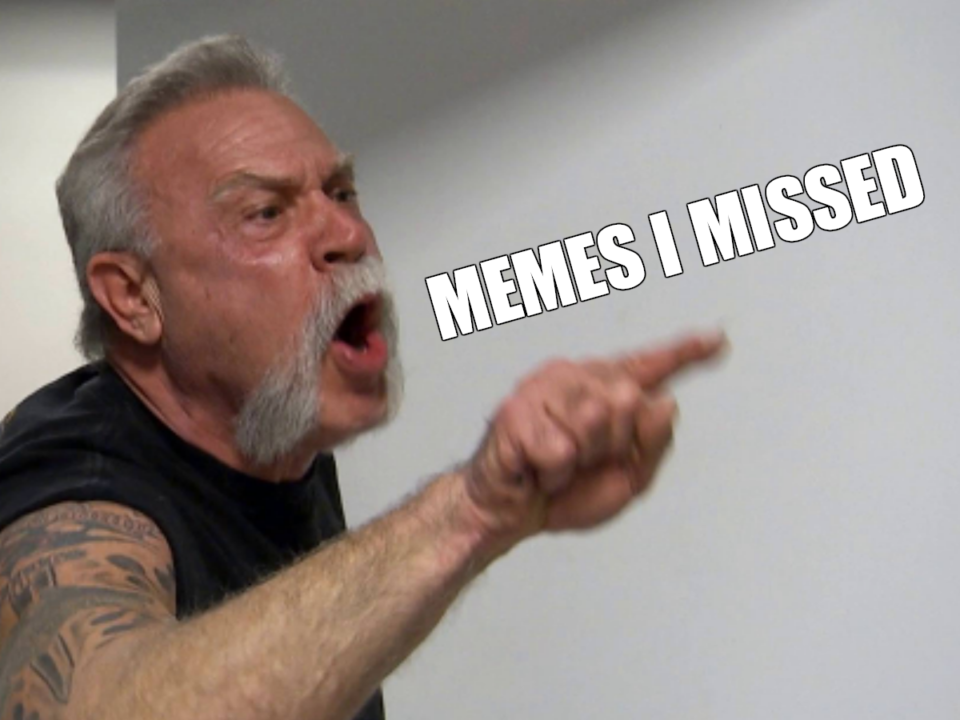 As I’ve said before, this feature is named Memes I Missed due to the fact that by the time a meme is popular enough to be featured on here, pretty much everyone will agree that it also happens to be totally tired and played out.  Today’s meme, the American Chopper Argument, is no exception.  It is a 5-pane exploitable where you add contextually ridiculous dialog to screenshots of this objectively ridiculous [probably staged] fight from the TV show American Choppers:

Part of the fun is to insert complex, verbose arguments into simple MS Paint text boxes over the screen shots, thus making the trashy rednecks pictured in this meme absurd mouthpieces for all manner of pedantry.  It’s simple, it’s fun, and it’s easy to make, all of which made this the fastest spreading meme of the last few weeks.  After the meme moved on from its basic form to the “self-aware stage” (as I call it, starting now), I started to worry all the good ideas were disappearing before I could tackle it here.  However, I was swamped at work and didn’t have time to dive in…what was I to do??  Luckily, American Chopper Argument, being as versatile as it is, was perfect to describe my predicament, so I put my work on hold and quickly made this:

I should point out this isn’t EXACTLY the Downfall meme, but there are plenty of similarities from the incongruity of the argument vs. the argument’s mouthpiece, to the ridiculous levels of vitriol from the arguers. Still, more on that later.

As long as I was squeezing the last ounce of lullz from the withered teat of this meme, I resolved to leave no lullz source un-mined.  I knew I wanted to add in some movie conversations, but, most of my ideas (like the Dazed and Confused “Hey man, you got a joint?” conversation, while funny in the way that over-dramatic deliveries of calmly spoken lines is always funny, weren’t really comic gold.  Thus, I went a little more towards the absurd with my movie pick:

Of course, that Dude Where’s my Car scene was tired back when Abbot and Costello did it, only the dubious cultural cachet of referencing a movie of such dubious cultural importance itself makes this one even slightly funny.  To really cash in on the potential for absurdity in this meme, you only have to turn to the most absurd character of all time:

The expressions TOTALLY sell the Bombadilizzo lines.  Also, I hadn’t even realized it was baby talk until I, 1. had a baby, and 2. made this meme.

The urge to further descend into niche interest/hobby minutia here is strong, but the results are iffy if you take it too far:

Anyway, with a variation that niche, I officially declare American Chopper Argument all but dead.  All that’s left to do now is to use a played out meme to reference itself and thus reinvigorate them both:

Also, I don’t care what you say, I STILL love Downfall memes.