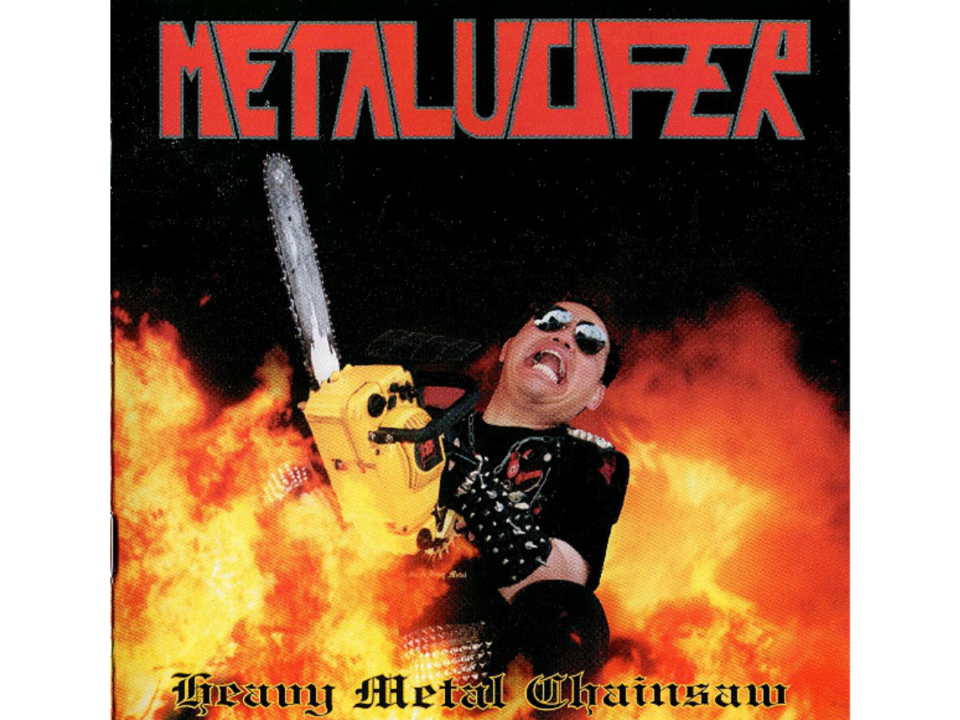 Retro metal has been a thing for a while now, and, honestly, I’m just fine with bands mining the good ol’ days of 80s heavy and speed metal in an attempt to recapture even a tenth of the glory of that hallowed time.  Japan’s Metalucifer (a side/passion-project of the almighty Sabbat’s frontman Gezol) is both one of the earliest and one of the best to fully embrace the retro metal aesthetic, along with plenty of humor that manages to strike just the right balance between clever and stupid.  Today’s album, in addition to possibly having the greatest cover of any album ever in any genre, is really just one hell of an entertaining blast of traditional metal from some of my favorite Japanese metalheads.

I’m not kidding about the cover, how fricking amazing is that? That’s not an actual band member on the front, that’s Japan’s (the world’s) foremost heavy metal collector, Neal Tanaka, and he is featured on the cover of every single Metalucifer release making a ridiculous face while surrounded by fire and/or power tools.  As you may have guessed from the album title, Metalucifer loves the words “heavy metal,” so much so that a good 90% of their songs feature the phrase in their chorus (usually the only intelligible words in the song).  The album opener, “Heavy Metal Chainsaw,” establishes the pattern with its almost punky prechorus that slams straight into a ridiculously awesome chorus:

Say what you will about Metalucifer, but they sure know how to write a catchy chorus!  From the epic “Flight of the Iron Pegasus”:

To the anthemic “Lost Sanctuary”:

Metalucifer knows how get you singing right along with the dangerously incompetent vocals!

Not that all the heavy metal stuff doesn’t start to wear a little thin at times…you can almost feel the lyrics creaking as they strain to naturally incorporate “heavy metal” into the chorus of the thrashy “Heavy Metal Samurai”:

The production on all this is really pretty decent for something out of the metal underground (thought their recent Heavy Metal Bulldozer boasts a legitimately excellent production).  There’s a good amount of variation on this album, with influences coming from a wide swath of classic metal styles.  To leave you with one more example, check out “Northern Heroes.”  First, there is a nice and epic mid-paced verse with a great little descending guitar line at the end of each segment that heads into a chorus that, once again, fucking kills it:

Hell, they even found room for a tap solo in there too!

This is pretty fun stuff. The worst part about it, in my opinion, is the vocals. The guy just can’t really sing at all. Still, the riffs are catchy (if not all that interesting) and the lyrics are ridiculous, so: heavy metal success!