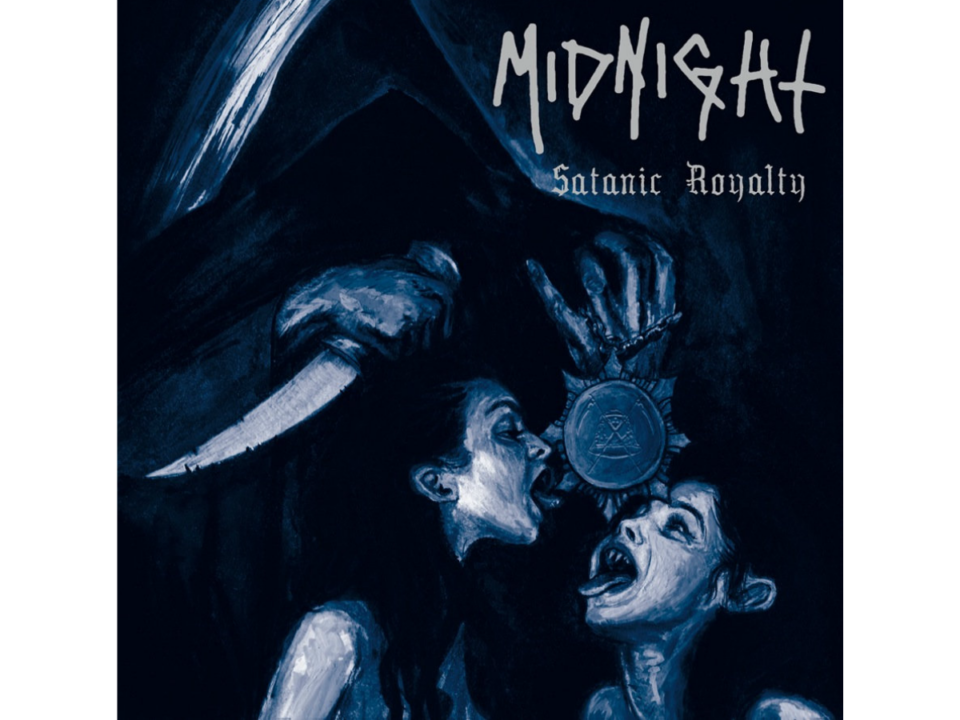 I don’t think it’s fair to heap abuse onto Midnight for being unoriginal.  Sure, they might all be card carrying members of the Venom fan club, but Midnight’s music, and infectious energy, is really quite unique: a nasty mix of first wave black metal, speed metal, and NWOBHM that will absolutely delight you if booze, denim, leather, and poor life choices are your raison d’être.  It took them a while to finally put out a full length, but 2011’s Satanic Royalty is more than just an amazing piece of cover art, it’s one hell of a beer soaked slab of angry, high-energy, blackened, speed, nwobhm music too.

The album wastes no time in letting you know that you are in for more than your usual Venom worship by absolutely SLAYING with the opener title track.  Venom wishes they could write songs like this one.  Well…maybe not, but this is still a pretty goddamn amazing song.  Check it out for yourself, this track is nothing less than “fucking epic”:

Starting out that strongly would make one fear that the album would not be able to keep up that level of quality throughout, and, truth be told, there are a few songs on this album that suffer in comparison.  Not that there are any clunkers on Satanic Royalty, from start to finish it doesn’t let up on the energetic black rock ‘n roll onlsaught for a second.  Songs like “Violence on Violence” are total ripping speed metal attacks:

The stylistic influences are quite varied from the punk of “Holocaustic Deafening”:

To the bluesy, and excellently titled, “Rip this Hell”:

Still, at the forefront is the influence of the ancient ones, Venom themselves.  Even the vocal phrasing owes more than a little debt to Midnight’s stylistic ancestors.  Just check out this clip from “Lust, Filth and Sleaze”:

It might not be the greatest album ever made, but, during songs like “Can’t Stop Steel,” I couldn’t blame someone for thinking it might just be close:

This seems pretty badass. I like that there seems to be a decent amount of variety between songs.

Yeah, there is a decent amount of variety, just not every song is as memorable as the best tracks on this album.