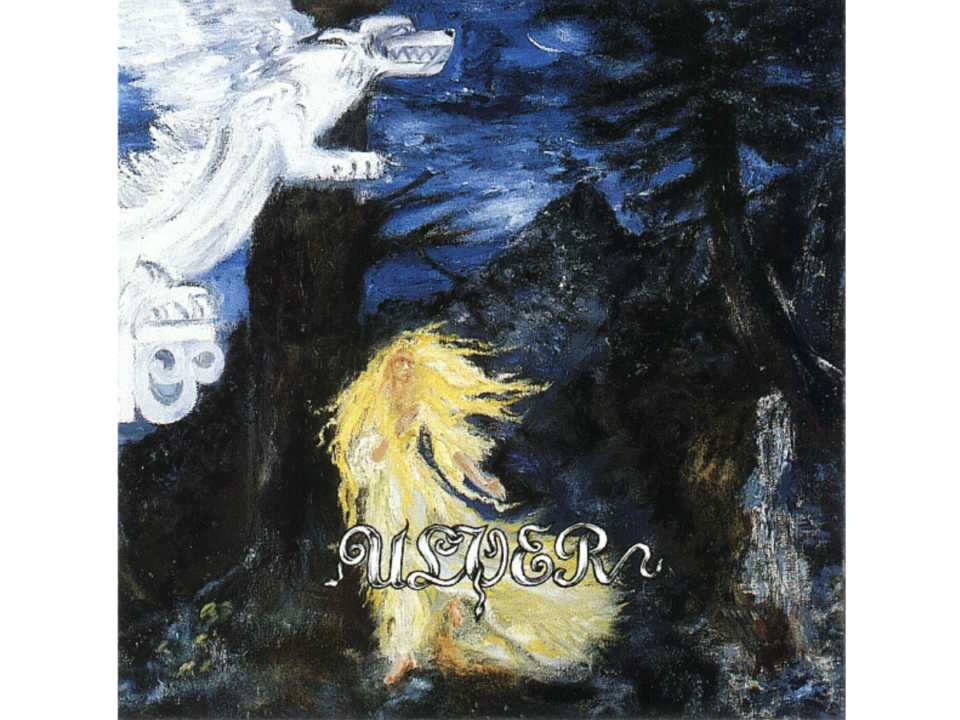 Welcome to day 2 of my Mid-month Metal Masterpiece coverage of Ulver’s classic series of releases otherwise known as The Trilogie – Three Journeyes through the Norwegian Netherworlde. Yesterday we talked about their black metal masterpiece Bergtatt.  Today I’ll take a look at Ulver’s entirely acoustic follow-up, Kveldssanger (Twilight Songs), an album that admittedly might be neither metal nor a masterpiece, but is still one hell of an enjoyable release from a black metal band that wasn’t afraid to turn the amps off.

From almost the very beginning, black metal bands have been using acoustic folk music as intros to their albums and songs.  And it is a long running joke on this site that these intros are always basically just weak excuses for band members to have a chance to bust out their recorder and flail about with rudimentary attempts at classical music. Hell, such a thing could even be said about the intro to my own band Unruh’s first album.  The chief problem is that while black metal is a new and unique genre that brilliantly utilizes white noise to both create atmosphere and hide the its own inadequacies, acoustic folk music has a long history of sounding better than anything that any black metal band has come up with to tack on to the beginning of their songs.  And, while Kveldssanger is, in all fairness, simply a full length version of this kind of amateur-hour  acoustic black metal intro kind of stuff, it is not without its charms as well.

The opening track, “Østenfor Sol og Vestenfor Maane” (“East of the Sun and West of the Moon”), gives a good idea of what you are in for on this album:

Instrumentation is limited to classical guitar, cello, flute, and multi-layered vocals (with a few random additions to selection songs).  None of it is anything that will impress a fan of classical guitar, or a fan of music made by people who are able to sing, but the musicianship is nothing to turn up your noses at either.  It’s actually quite competent, which is high praise for a lot of black metal.

With simplistic music like this (laid bare without the usual black metal distortion), the success of this album depends entirely on atmosphere, and it does deliver in that department for the most part.  I especially like tracks like “Nattleite” (“Nighttime”) that really nail the quite and forlorn vibe that Ulver is trying to capture with this album:

I love that simple little guitar melody in the background of such a cello-centric track. Hell, that little outro right there could justify the inclusion of this album on this feature all by itself.

However, as I’ve been hinting, the album is not perfect.  The primary issue with Kveldssanger is that many of the songs feel somewhat unfinished.  There is not a lot of variation from track to track, so this really feels like it should be a much larger unified piece of music.  Instead, the 13 short tracks give the impression of a larger unified piece of music that starts and stops far too often to really take off and make its presence known.  Check out the last half of the title track to see how these songs often just kind of end before completely making their presence felt:

It’s not a deal breaker, each short song does do a nice job of providing a new bit of melancholy twilight atmosphere, but I can’t help but wish that a few of the tracks had been a bit more fleshed out when I listen to Kveldssanger.

Did I say each song provides a melancholy atmosphere?  Actually, not quite, my other complaint with the album is Ulver’s use of MAJOR KEYS!  Sure, it is kept to a minimum, but songs like “Halling” always get my heckles up:

Sure, it’s a nice variation, and the atmosphere is still there despite the major key, but I just feel like major key tonality is lurking beneath the surface of one too many tracks on Kveldssanger (in case this isn’t clear, one is too many tracks).

Still, enough ragging on this album.  So what if songs like “Søfn-ør paa Alfers Lund” sort of remind me of stuff like that one Bach Sarabande (except with half the brilliance):

Nobody is as brilliant as Bach anyway, right?

Still, this begs the question, why listen to Kveldssanger, if you could just listen to some Bach pieces for solo guitar (skipping over all the major key tracks, of course) instead?  Well, sometimes I like to play ASL, and sometimes I like to just lay on the couch and play Candy Crush Saga.  There’s nothing wrong with spinning a disc of “barely the right side of New Age” black metal intros when the mood strikes you.  Songs like “Naturmystikk” might not wow anyone with their compositional prowess, but I must admit they have a certain je ne sais quoi that keeps me coming back to this album enough to know it isn’t complete bullshit: