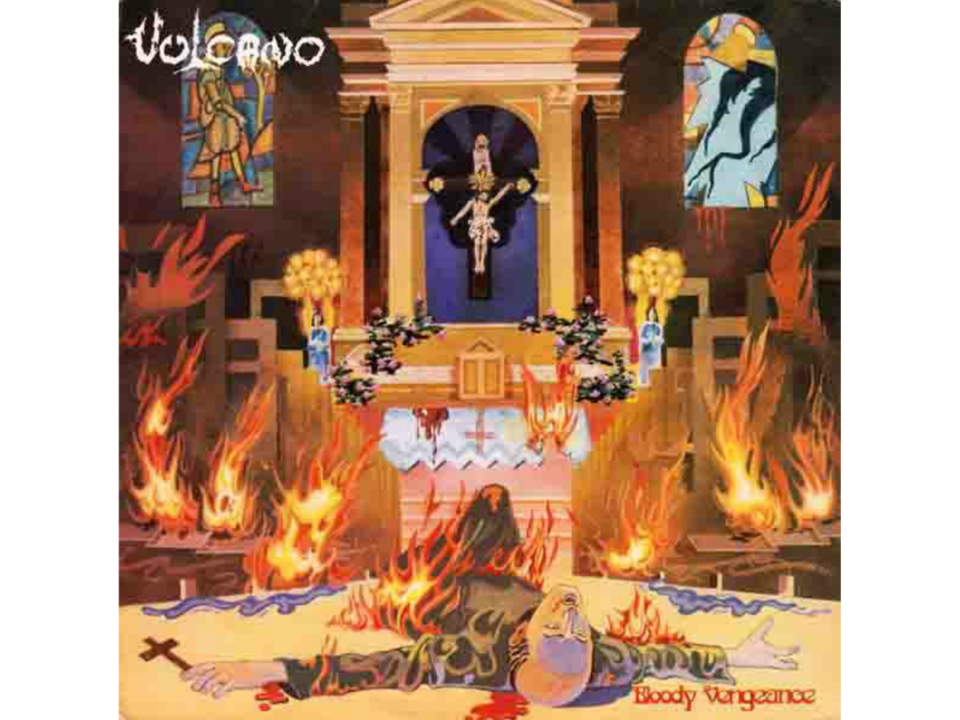 South American black/thrash/death is known for a few things.  The music is incredibly fast and raw, the drumming sounds like someone kicked the drum kit down a flight of stairs, and, overall, it’s about as nasty as 2 Live Crew wishes they were.  This of course leads to some bands of varying talent surviving the test of time in the name of seeking out lost extremist gems, but that’s not to say that the South American scene wasn’t full of brilliant releases too.  Vulcano’s Bloody Vengeance is one of those, an album so blisteringly fast that it will most likely leave you in the same state as the priest on the front cover after listening to it.

Things start out blindingly fast with the slightly sillily titled “Dominos of Death”:

And then, over the next four songs, things just get faster somehow culminating with the insane “Holocaust,” with riffing so frenetic that the drummer can barely keep up:

Not that there aren’t slow moments on this album.  The closing title track is a real beast of a song, supremely evil in its own slow and trudging way:

This evil atmosphere is present throughout the album, from the scaled breather at the beginning of “Death Metal”:

To that sinister as all hell background tremolo riffing in “Incubus”:

While most of this album might comfortably rest on that line between death and thrash, moments like those make it all too clear why this album has been rightfully called first wave black metal as well.