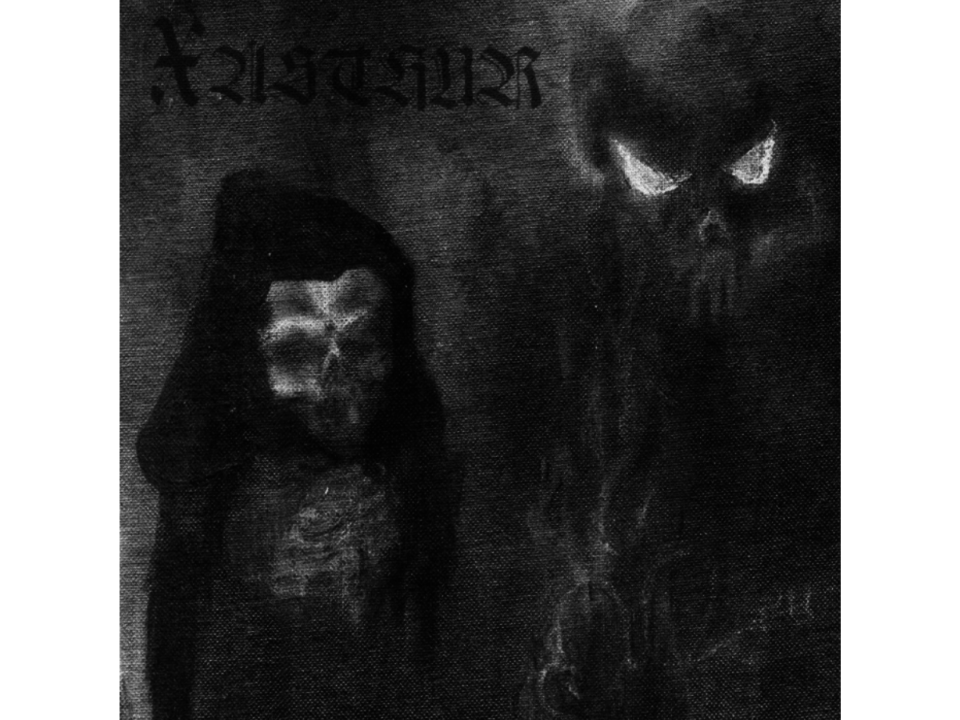 I may joke about Xasthur making the same album over and over again, and that may also be entirely true, but, regardless of whether or not Malefic (the sole creative force behind Xasthur) “Vivaldis” things or not, Xasthur is easily one of my favorite black metal bands of the last fifteen years.  And, like the similarly stylistically static Bolt Thrower, Xasthur’s earlier albums have a certain je ne sais quoi that the later albums lack–despite having perfected the sought after aesthetic with each subsequent release.  Nocturnal Poisoning, Xasthur’s first(ish) full length, is one of their best, if you are into that kind of thing.  And besides, no matter what your thoughts are on on the artistic merit of Xasthur, it would be hard to deny that this album is, at the very least, even more depressing than that shirt scene at the end of Brokeback Mountain.

One of the things I love about Xasthur, and something that was definitely perfected on future albums, is their signature “underwater” production.  And, that is definitely in play here as you can hear on songs like “Soul Abduction Ceremony”:

And, while the whole album retains a similarly organic wall of layered sound, some of the songs could actually sound pretty raw as well, like this clip from “Legion of Sin and Necromancy”:

However, keyboards keep this sounding more like Burzum than Bone Awl (well, in the case of Burzum, keyboards, and a suspiciously similar compositional kinship).  And, while the keyboards are prominent in the mix, they never feel like the dominate the proceedings.  Songs like “In the Hate of Battle” illustrate how well the keyboards work on this album (and how Manes is probably owed a few royalties along with Burzum):

And, when the keyboards break out of the wall of underwater sound mode, the simple melodies used are very effective like in this 4 note piano melody from the title track:

Some of it even sounds a little laid back in a Forgotten Woods sort of way–like this clip from “A Walk Beyond Utter Blackness”: