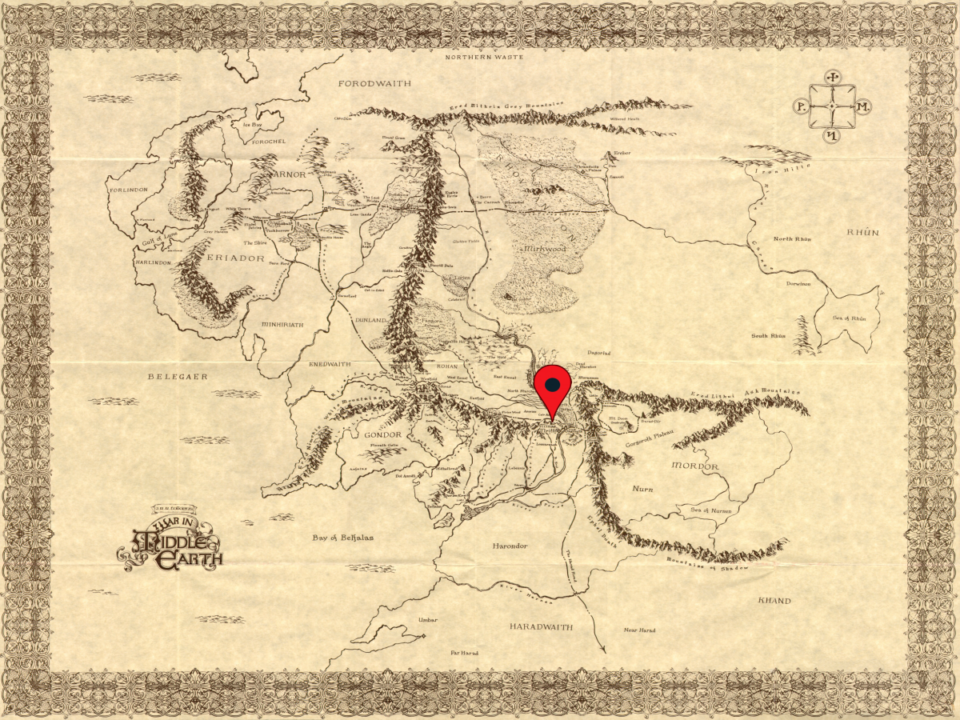 This month I discuss the first of the Signal beacons of Gondor and the forest at its feet:

It was late in the afternoon when the leaders came to wide grey thickets stretching beyond the eastward side of Amon Dîn, and masking a great gap in the line of hills that from Nardol to Dîn ran east and west. Through the gap the forgotten wain-road long ago had run down, back into the main horse-way from the City through Anórien; but now for many lives of men trees had had their way with it, and it had vanished, broken and buried under the leaves of uncounted years. But the thickets offered to the Riders their last hope of cover before they went into open battle; for beyond them lay the road and the plains of Anduin, while east and southwards the slopes were bare and rocky, as the writhen hills gathered themselves together and climbed up, bastion upon bastion, into the great mass and shoulders of Mindolluin.

This Grey Wood crept out from the slopes of the White mountains until it reached a great rocky outlying hill, Amon Dîn.  There the woods gave way to those silent slopes, that rose upward to a high flat top upon which an ancient guard tower had been built.

Amon Dîn was far from the tallest of the beacon hills of Gondor, but it was the first to be fortified, soon after the founding of Minas Tirith itself in the Second Age.  As an outlying peak of the white mountains, its heights afforded one a view of the plains north of the city as far as Cair Andros and beyond.  The tower that had been built upon its heights lasted through the ages, ever watchful, always manned as the kingdom of Gondor waxed and waned.

And this endless watch was rewarded many times in defense of the realm, perhaps most importantly at the end of the Third Age when the fire was lit for the last time, to call Rohan to aid their allies, also, for the last time before ushering in an age of peace, prosperity, the Fourth Age of the Sun, the age of men.