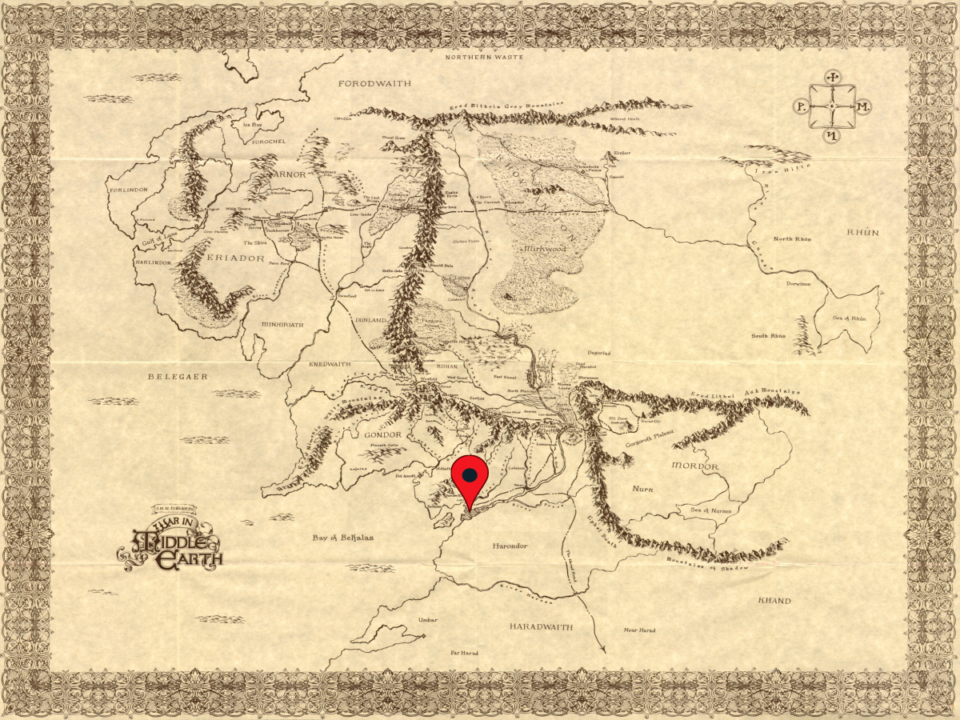 This month I discuss the greatest river delta in all of Middle-earth:

From the mouths of the Sea the South Wind flies, from the sandhills and the stones;
The wailing of the gulls it bears, and at the gate it moans.
‘What news from the South, O sighing wind, do you bring to me at eve?
Where now is Boromir the Fair? He tarries and I grieve.’
‘Ask not of me where he doth dwell-so many bones there lie
On the white shores and the dark shores under the stormy sky;
So many have passed down Anduin to find the flowing Sea.
Ask of the North Wind news of them the North Wind sends to me!’
‘O Boromir! Beyond the gate the seaward road runs south,
But you came not with the wailing gulls from the grey sea’s mouth.’

The mighty Anduin was the greatest river in Middle-earth.  Its broad waters grew ever wider, deeper, and swifter as it wound its way south through fen and field on its great journey to the sea.  And, as it made its way through Southern Gondor, its waters were bolstered by a great influx of volume from the Nindalf, along with the rivers Poros, Sirith and Erui south of the White Mountains.  Eventually, swollen beyond its banks, it split into a great delta, some 2000 square miles in size.

Covered with thousands of years of accumulated sediment, this delta land, also known as the Ethir Anduin, was in places a lush fertile wilderness, and in others a windswept series of sandy dunes and low rolling hills thick with the smell of sea foam.  And over everything were the endless flocks of sea birds, hoping to feast upon the fish filled waters of the lower Anduin.

Men too sought to feed themselves from the river, and the delta land was full of fishermen and other such professions that relied upon their skill with net and hook to provide sustenance for their families.  Unfortunately, when the fishermen were called to battle at Minas Tirith during the War of the Ring, the mouths of the Anduin were left undefended. Who knows what might have happened had Aragorn, the king returned, not liberated their shores from Corsair murderers with his newly liberated Army of the Dead!