Middle-earth Monday 72: The Field of Cormallen 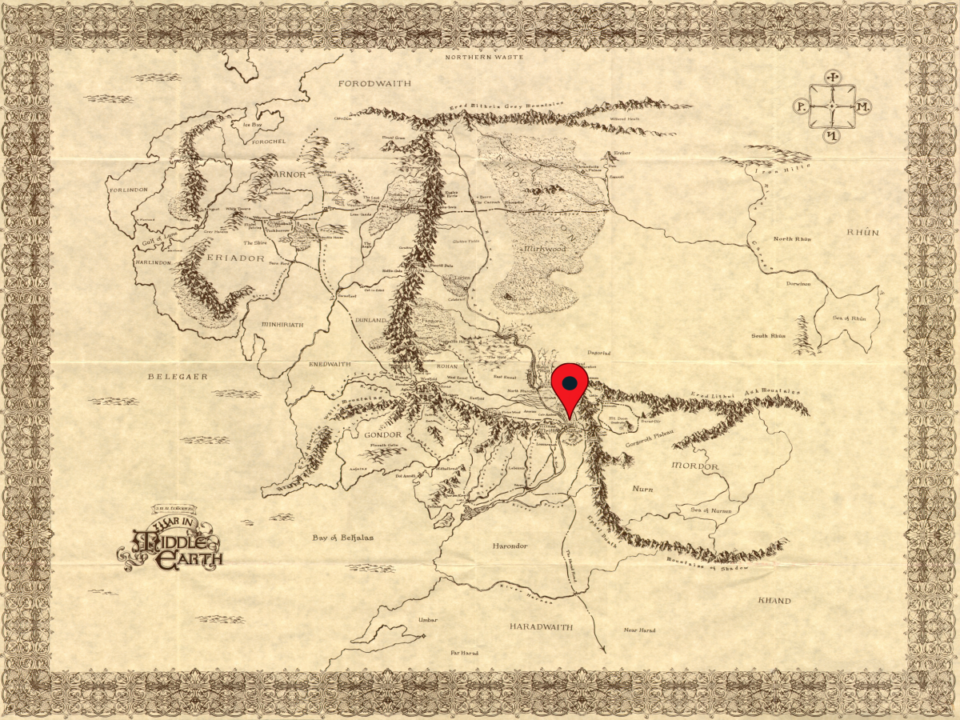 This month I discuss one of Middle-earth’s many small, named fields.

Then the others also departed, and Frodo and Sam went to their beds and slept. And in the morning they rose again in hope and peace; and they spent many days in Ithilien. For the Field of Cormallen, where the host was now encamped was near to Henneth Annûn, and the stream that flowed from its falls could be heard in the night as it rushed down through its rocky gate, and passed through the flowery meads into the tides of Anduin by the Isle of Cair Andros. The hobbits wandered here and there visiting again the places that they had passed before; and Sam hoped always in some shadow of the woods or secret glade to catch, maybe, a glimpse of the great Oliphaunt. And when he learned that at the siege of Gondor there had been a great number of these beasts but that they were all destroyed, he thought it a sad loss.

Ithilien was a lush, beautiful land of green trees and blooming flowers.  It was the kind of wilderness that lent beauty rather than untamed chaos to the land it covered.  The vegetation varied greatly, but perhaps the most beautiful trees of the region were the Culumalda trees that grew about the banks of the Anduin at the southern tip of Cair Andros.  These trees were first to bloom in the spring and their yellow flowers were as beautiful as they were fragrant.  And, at the point at which the stream that flowed out of the waterfall at Henneth Annun met the Anduin, there was a wide field, bounded on all sides by these golden trees.

It was this field that Aragorn picked to camp upon his return from the great victory at the Morannon.  There to, amidst the rejoicing soldiers, Frodo and Sam rested and regained their strength after the trials of their quest.  It was a peaceful place, and despite the great numbers of the Free People’s army, each man took care to leave no trace of their passing when they finally left that flower scented place.  For, such beauty and tranquility was a thing of great value in the aftermath of the War of the Ring, and few among Aragorn’s host would sully such a land easily.