Middle-earth Monday 65 – The Old Mill and the Grange 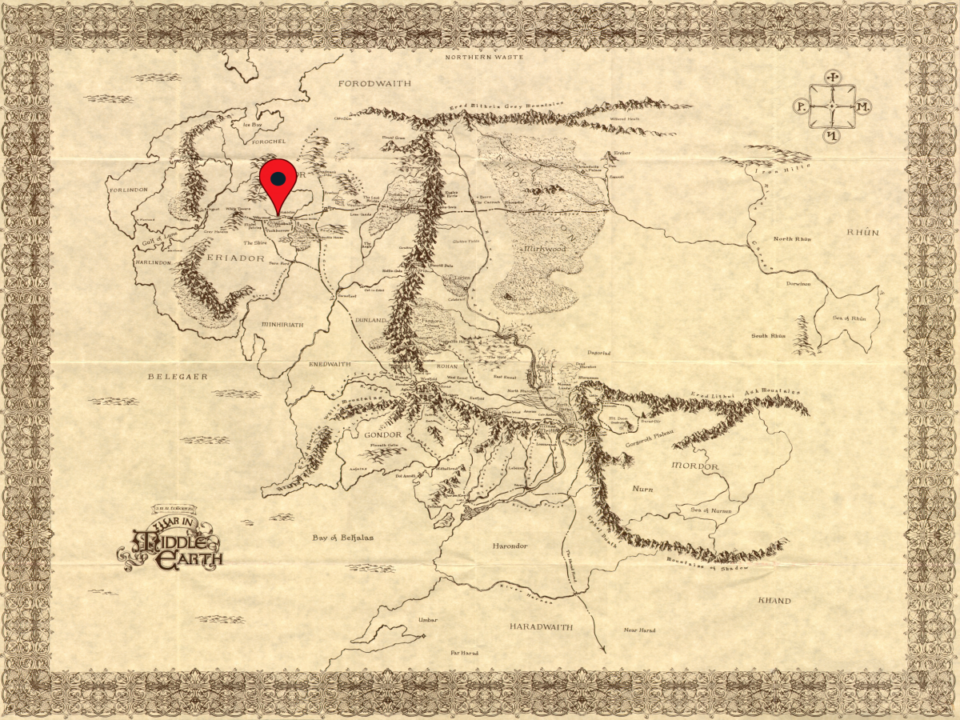 This month I discuss the much less brutal Hobbit version of the Wheel of Pain:

It was one of the saddest hours in their lives. The great chimney rose up before them; and as they drew near the old village across the Water, through rows of new mean houses along each side of the road, they saw the new mill in all its frowning and dirty ugliness: a great brick building straddling the stream, which it fouled with a steaming and stinking overflow. All along the Bywater Road every tree had been felled.

As they crossed the bridge and looked up the Hill they gasped. Even Sam’s vision in the Mirror had not prepared him for what they saw. The Old Grange on the west side had been knocked down, and its place taken by rows of tarred sheds. All the chestnuts were gone. The banks and hedgerows were broken. Great waggons were standing in disorder in a field beaten bare of grass.  Bagshot Row was a yawning sand and gravel quarry. Bag End up beyond could not be seen for a clutter of large huts.

Hobbits, as everyone knows, were hearty folk whose prodigious appetites were nearly unrivaled upon Middle-earth.  And, while the Shire was a land of fertile gardens, the bulk of the food supply came from the outlying fields where wheat, barley, corn, rye, oats, and rapeseed were grown.  There were many scattered silos and storage houses throughout the Shire, but, but far the biggest and most widely used was the Grange in Hobbiton.  Here, in this vast ancient manor house, the Hobbits stored all manner of grain.  It was a huge structure, hewn of old stone and age strengthened oak.

Not only was the Grange the chief place of storage for Hobbiton’s food, but it was also a central meeting hub of sorts for the surrounding farmlands.  On any given day one might find a handful of Hobbits in deep discussion about the merits of everything from crop rotation to the idea of third breakfast.  Grain stored at the Grange was hauled over to the nearby mill upon the Bywater river immediately to the south.  There, the ancient waterwheel ground the grain into flour for the surrounding villages.

It is easy to see how important these two structures were to welfare of the residents of the Shire.  Thus, when Sauruman came to the Shire and tore down the Grange while building a brand new massive, polluting Mill that completely covered the river while it oozed black pollution into the once sweet waters.  However, the old that is strong does not wither, and deep roots are not reached by the frost.  Thus, in the aftermath of the Scouring of the Shire, the Grange was once again rebuilt upon its old foundations while the ancient waterwheel of the old mill was painstakingly re-fitted when the old mill was rebuilt.