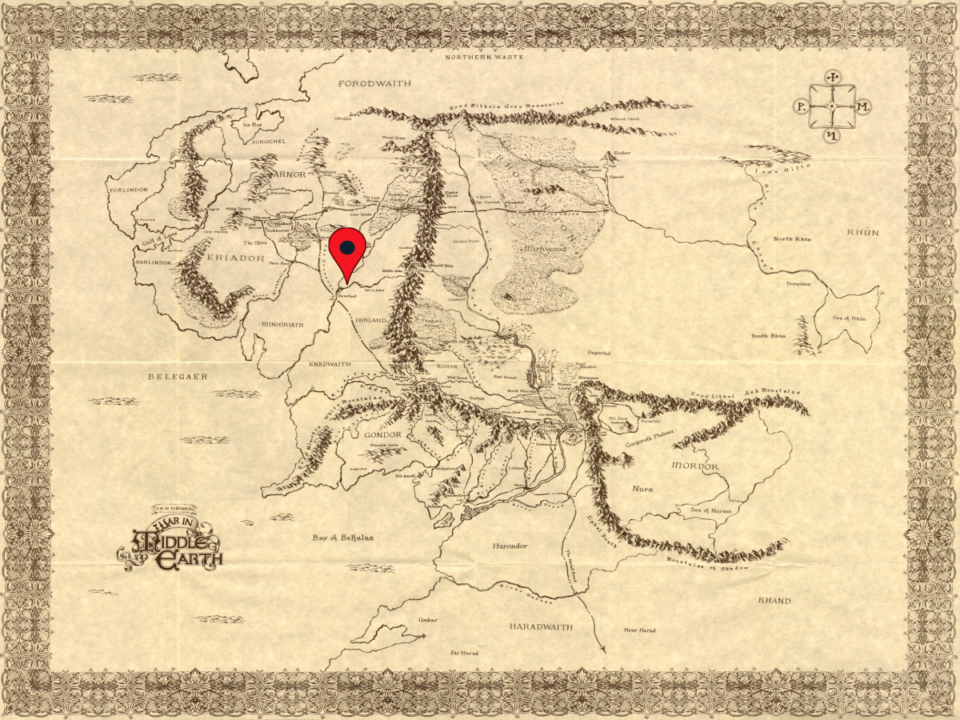 This month I discuss one of the two (along with the Gladden Fields) loveliest swamps in Middle-earth:

Next day they went on into northern Dunland, where no men now dwelt, though it was a green and pleasant country. September came in with golden days and silver nights, and they rode at ease until they reached the Swanfleet river, and found the old ford, east of the falls where it went down suddenly into the lowlands. Far to the west in a haze lay the meres and eyots through which it wound its way to the Greyflood: there countless swans housed in a land of reeds.

Middle-earth was home to many great wetlands, marshes, and swamps.  And while most were, at best, regions of stinking bogs and stinging nettles, not all were such treacherous places.  While today’s marshlands, The Swanfleet (which the elves called Nin-in-Eilph–The Waterlands of the Swans), held their fair share of uncertain terrain, they were also a breathtakingly beautiful sight for a traveler who was content to merely skirt their borders.

Formed from the confluence of the River Glanduin (sometimes called the Swanfleet itself because of the fenlands at its end) and the swiftly flowing River Gwathló (Greyflood), the Swanfleet occupied most of the lowlands west of the series of steep drop-offs that made up the Glanduin Falls.  As the river branched and twisted through the reed heavy lowlands, it formed many small islands, lakes, pools, and everything in between.  The lands west of the Misty Mountains were exceptionally green, and the flowering reeds that lined the banks of the countless waterways that honeycombed the Swanfleet left the lingering scent of spring in the air long after the season had passed.  Of course, the swans that gave the land its name were a majestic sight as well, and nowhere in Middle-earth were they more numerous than the Swanfleet.

The Swanfleet covered such a wide area that when Tar-Aldarion the mariner first traveled up the Greyflood, he took the marshes for the source of the river and thus mistakenly gave it its alternate name, “Gwathló” (Shadowy river from the fens).

The only way around the Swanfleet was either through a ford just to the east of their uncertain streams in the highlands below the Misty Mountains, or through a perilous crossing at the ruins of Tharbad just to the south of the spot they emptied into the Greyflood.

Perhaps dues to their similarity to the Gladden Fields, many of the Stoors that migrated into Eriador tarried at the Swanfleet and dwelt upon its borders until the Great Plague forced them onwards to the Shire.  But who knows what the ringbearer’s quest might have looked like had it started from a point that was already halfway to Mordor from the outset!