My second favorite movie in the whole world: Scenes from a Marriage. 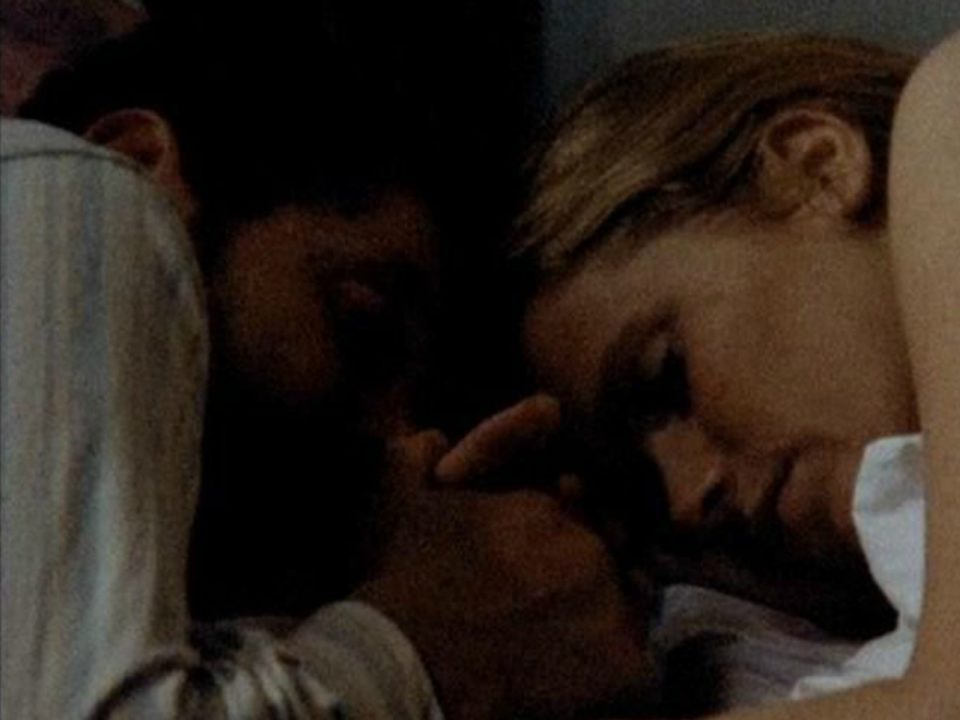 Bergman is a director that seems to be rather out of favor these days. Pretentious, old fashioned, one note, everyone from Conan O’Brian to Woody Allen (though a huge Bergman fan himself) has taken the occasional potshot at Bergman’s “stylized” performances and fixation on crises of faith. Though none of this is entirely untrue, it does nothing to diminish the fact that Bergman is one of my favorite film directors. So, I thought I’d take a little time to discuss my second favorite movie of all time as penance for making fun of the great man 2 days before his death earlier today. (How was I supposed to know?! Though to be fair my Scandinavian broadside was directed at Dreyer and Sjöström as well).

Scenes from a Marriage is a film about a breakup. We are not talking about some ephemeral youthful relationship, but a happy marriage of many years between a couple who truly feel they are happy together.

Yet cracks become visible, and soon the whole structure comes tumbling down as the once happy couple spends the next 15 years of their lives trying to make sense of it all. The film (aired in Sweden as a 6 part miniseries) is 5 hours of the most intense, painful, emotional conversations ever committed to celluloid. It is filmed almost entirely in close-up with sparse lighting and no music. I have watched it multiple times and by the end of the emotionally grueling experience it feels as though you have lived through each moment Johan and Marianne have experienced, no matter how far from your actual life any one detail might be.

That may not seem like the most pleasant viewing experience, but I should add that the film is not quite as harrowing as my description might make it seem. Yes, intense doesn’t even begin to describe it, but Bergman has created the film with such honesty that there is no manipulation or unnecessary suffering. Even the immortal Eric Rohmer has never displayed this level of understanding into basic human relationships. Again, there is no manipulation here; Bergman would never stoop so low as to include suffering merely for the sake of additional drama. What is actually present in every second of the film is simply many lifetimes worth of wisdom on love, loss and moving on.

There are no easy answers in Scenes from a Marriage. The film is an emotional rollercoaster from start to finish. The person who is handling things the best will just as often have hit a new low when they are revisited down the road. The couple’s bond will never disappear and yet they can never be what they were to each other. Old feelings resurface, old wounds reopen, old passions return and throughout it all Sven Nykvist’s camera does not flinch. No film has done more with such a stark palate of images.

What elevates the film to “second favorite movie ever” level for me is not just the insight into human interaction, though that is my favorite subject matter in film. Scenes from a Marriage is not content to merely show what the loss of a loved one is like, Bergman also has a point beyond a simple documentation of the dissolution of a marriage.

By the final chapter, perfectly titled “In the Middle of the Night in a Dark House Somewhere in the World”, an epiphany is reached. Johan and Marianne do not necessarily “get back together” or “never see each other again”, but a certain level of acceptance is reached. That which can never be understood, which no one can put into words, and which has no solution is somehow grasped in the final scenes of this magnificent movie. Like a fleeting glimpse of the sun from inside a cave, all the mysteries of life and love briefly make sense.

While I never leave a viewing of Scenes from a Marriage feeling any less confused about the grand questions of life, I can’t help but suspect that for a time during its brief 5 hours I almost had it. What more could any artist want from their viewer?