An Open Letter to www.isleyunruh.com RE: Your comically inept attempts at fictional cartography. 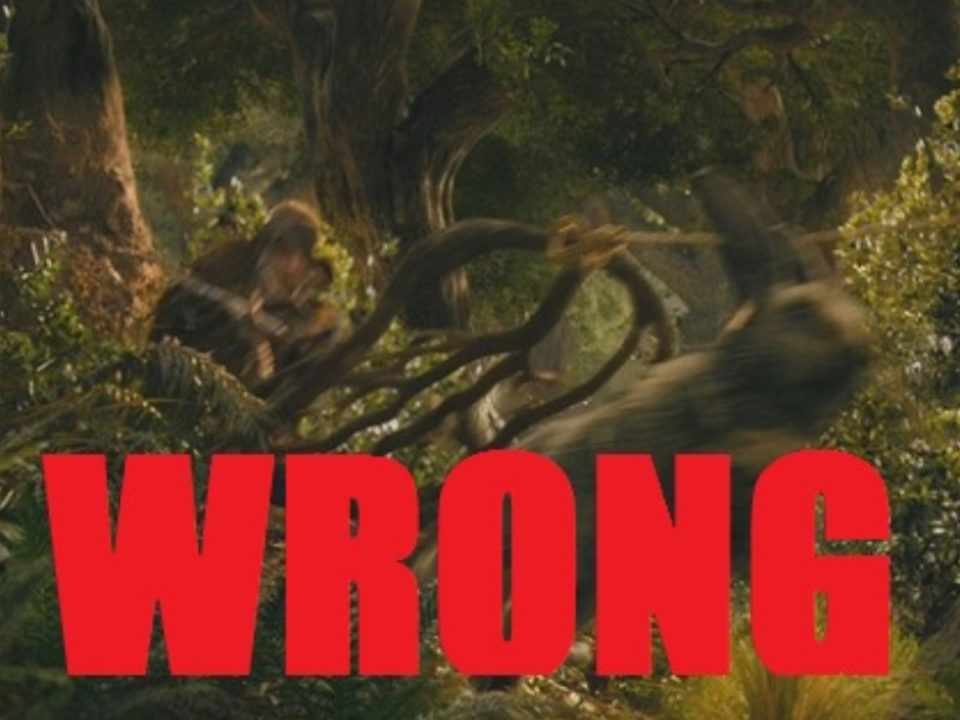 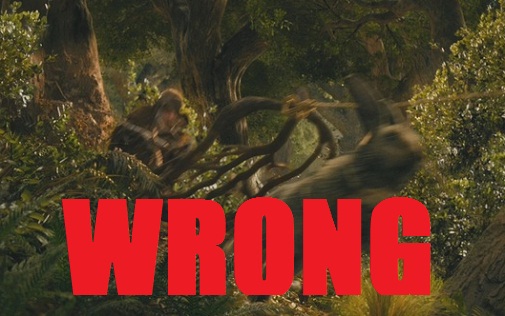 As you well know, I’ve refused to read your so called “Mailbag Monday” feature ever since you misspelled “Angband” as “Angbad” not once, but TWICE in Middle Earth Monday 3: The Withered Heath.  If you refuse to even try, I thought, then why should I?

Fast forward thirty months (and, apparently, 30 more Middle Earth Mondays–the mind boggles to think of the time wasted on such a staggering amount of inept Middle Earth scholarship) and I find myself in heated discussion with my old nemesis Satanizer666 on the onering forums as to the location of Radagast the Brown’s home of Rhosgobel in Mirkwood.  If that forum has learned anything over the years, it is that Gwaihir_69 doesn’t back down to pretenders to the throne.  Needless to say, we had gathered quite an audience considering all the new “fair weather” Radagast fans that had turned up on the forums in wake of the recent Hobbit trailer.  But the less said about that trailer and its Rabbits of Unusual Size (which, frankly, I don’t believe even exist…in Tolkien’s legendarium) the better, people were wrong on the internet and it was up to me to google the evidence needed to prove it.

So, what did I find after googling “Radagast the Brown” “exact latitudinal location of Rhosgobel” -Jackson -RoUS?  One result.  A link back to Middle Earth Monday.  What could I say, I figured I would give you another chance.  I figured I would be able to overlook your sausage fingered way with the Elvish languages.  I did not, however, figure on you completely getting something as simple as the location of Rhosgobel incorrect.

You took the following quote:

“Many had gone east and south; and some of these had crossed the Mountains and entered Mirkwood, while others had climbed the pass at the source of the Gladden River, and had come down into Wilderland and over the Gladden Fields and so at length had reached the old home of Radagast at Rhosgobel. Radagast was not there; and they had returned over the high pass that was called the Dimrill Stair.”

And proceeded to use it as if it were your very own filthy, musk-covered, Japanese dakimakura love pillow.

The quote doesn’t say the scouts came back via the High Pass (with capitals); it says they took “the high pass that was called the Dimrill Stair”, i.e., the Redhorn Pass, even further south than the Gladden Fields.  With this in mind, your entire theory that Elrond’s scouts would have gone as far north as the Old Forest Road makes absolutely no sense considering they returned via the Redhorn Pass, NOT the High Pass!

Thus, I put it to you that you are a Middle Earth impostor! I question your dedication to the massive body of work of Lord Tolkien.  I question whether or not you could even recite the full version of “A Elbereth Gilthoniel” without having to look up the pronunciation.  I question whether you even read the poems!  In fact, I QUESTION WHETHER OR NOT YOU HAVE EVEN READ THE BOOKS!

That’s right, I said it, someone had to.  And if, by some wild chance, this was an honest mistake, I suggest, nay, demand that you print a formal retraction and apology.  And even then, I still feel like you should turn in your replica One Ring and Elvish dictionary.  You have proven that the responsibility of fictional cartographer is too much for one of your limited intelligence in matters of the imaginary.

I hear that you have a large map of Middle Earth in your living room.  Might I suggest you replace it with this: 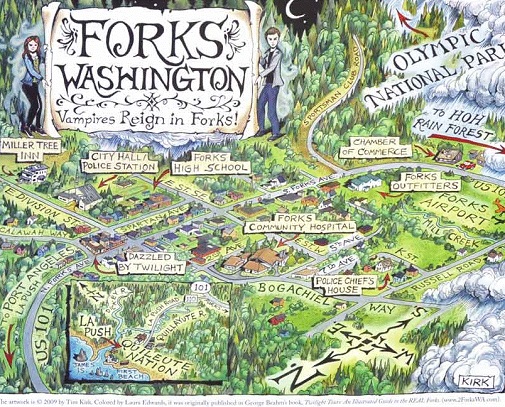 Though, frankly, I doubt if even Stephanie Meyer’s limited world-building skills fall withing the realm of your mead-addled intellect.