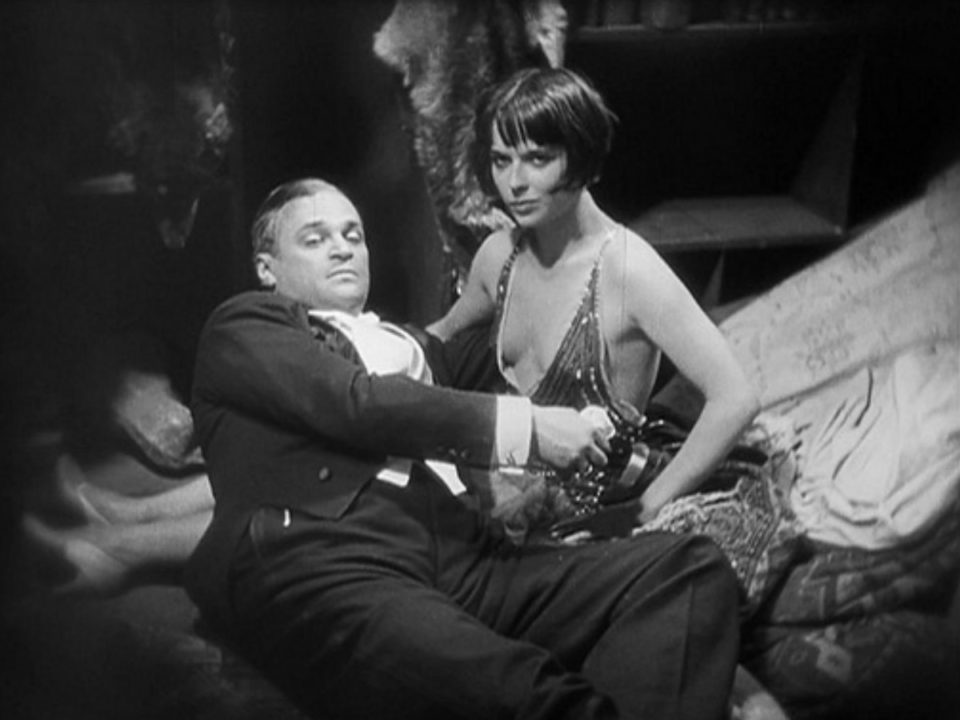 Occasionally an actor will turn in a performance so powerful, that it completely permeates every square inch of the film it is a part of.  Usually, as is the case with a film like Last Tango in Paris, the rest of the performances (and the film as a whole) tend to to suffer in comparison.  Rarely, as is the case with a film like Rio Bravo, the rest of the film possesses a brilliance on par with the central performance.  Pandora’s Box is, undoubtedly, one of the latter, a true masterwork that revolves around Brooks’ riveting performance.

I’ve said it before, but the films I discuss on this feature are not just masterpieces, they are masterpieces that also happen to appeal to me personally.  I’m not so much interested in the formal qualities of the films I discuss on “My Favorite Movies” as I am the thematic qualities.  Sure, Pandora’s Box is an unparalleled masterclass in film-making and could easily be called the greatest film of the silent era (and thus, any era).  It is also a fascinatingly ambiguous film whose mysteries will leave you thinking long after the thrill of the filmcraft has worn off.

The script barrels along with Louise Brooks the center of a maelstrom that sucks everyone around her into a whirlpool with only death at the bottom. The expressionist shadows bring the perverse decadence of Weimar Berlin into high contrast relief against the luminous Brooks.  Her character Lulu, that central figure of modern German mythology, is ostensibly a force of (innocent?) evil, the doom of all who encounter her through the raw power of her sexuality.

But, is bringing the downfall of everyone she has ever come into contact with truly evil?  There is a sense that, under the surface, this film is really a Faustian celebration of humanity with its selfish lust for more raised up as a virtue.  Lulu is just like the rest of us, but, unlike the rest of us, she possesses a superhuman level of animal charisma.  She is a mythological siren, loose in human clothes–and even if the intelligence that shines through her eyes must be aware of her power, she chooses to embrace the self over a selfless life of seclusion.

Brooks’s charisma in Pandora’s Box is almost frightening.  The eye can not leave her when she is on screen.  The mere fact that someone looking at the still image at the top of this post will most likely be drawn to her face before her tits show just how powerful (and not just sexual) her screen presence is.  She storms a path of bloody destruction through her fellow characters and the viewer finds themself wanting to take her side anyway.  “She’s an innocent! She doesn’t know her power!  It’s their fault for trying to take what is hers!” says the viewer, while knowing all the while how misanthropically selfish her actions are.

Lulu’s (and Brooks’) ultimate victory is that it is not just the characters around her, but the viewer as well that gets captured in her mellifluous net of doom.

That image……….she just destroyed the happiness of two humans and I say “good for you Lulu”. View along with Von Sternberg’s “Blue Angel” and Fassbinder’s “Lola”. The Germans do understand “Lulu” (Pandora?)