Rousing Tales from Isley’s Spirited Past 9: The Phantom Microwave Menace 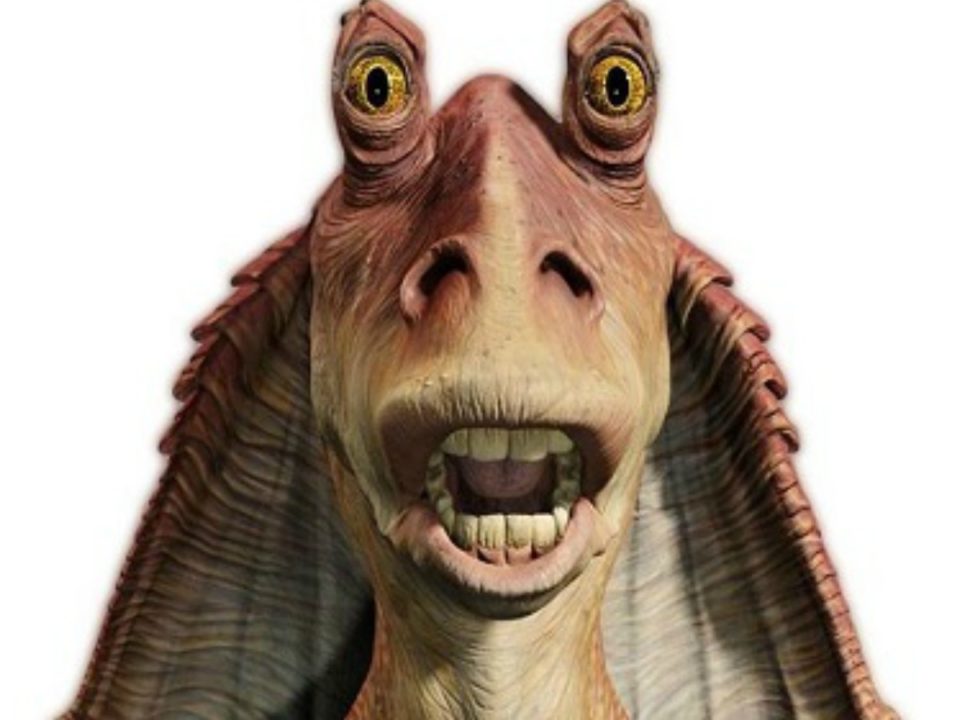 Being a rambunctious sort, my past is full of tales of derring-do and mischievous insubordination. In this series I will examine specific instances of orneriness from my past so that you, the reader, might better understand Isley’s special relationship with authority.

In today’s rousing tale I discuss what happened the one and only night our Scholarship Hall Director and proctor both decided to leave Stephenson Scholarship Hall without leadership at the same time.

Over fifteen years ago, towards the very end of my first year at the University of Kansas, my scholarship hall was abuzz with excitement. You see, on that particular Wednesday Night in May, the first Star Wars movie in 15 years was about to be released. Which, for a bunch of nerds like us, this was a pretty big deal. Naturally both our Scholarship Hall director Matt Friedrichs, and our proctor Nick wanted to go opening night. However, this was problematic, because, if they both went, that meant I would be left alone in a hall without leadership for around 3 hours. They had gone back and forth on it in the weeks leading up to the release of The Phantom Menace, and, finally, decided to just go and hope to keep me in line with vague threats about what might happen to my ass should anything go wrong while they were out of the hall.

I responded to their final warning that “if ANYTHING happens while we are gone, it’s your ASS!” with a verbal, “Ok, fine, I’ll just go to bed early, I have a final tomorrow anyway,” and a mental “Challenge accepted!”

As their car bore them away from a scholarship hall that was now occupied by a skeleton crew of ruffians who had not secured opening night tickets, I got to work. First up, the industrial sized roll of Saran wrap I’d “liberated” from the kitchen a few weeks earlier was calling my name. Over the next hour I had managed to (with the help of the usual accomplices Old Man Adams, and DR) wrap most of our parking lot in a web of Saran wrap, the remnants of which were to last long into the summer. As it turned out, 2000 feet of Saran wrap makes one HELL of a mess. Then, as the complaints of Operation Ungoliant had only just begun to filter around to the remaining members of the scholarship hall community, we snuck back to our hall, leaving a scattering of further petty vandalisms in our wake.

At this point the SHD of Pearson Scholarship Hall, after receiving multiple phone calls from around the scholarship hall community asking him to do something about those “Lylemen run amok,” turned up at our hall demanding to know who had trashed the parking lot. He interviewed everyone he could find, but after we continued to demand he use the word “allegedly” before any allegations as to who might have destroyed our parking lot, he gave up in frustration and slipped his handwritten final report under our SHD’s locked door.

It was a simple matter of a yardstick with some tape at the end to retrieve his report from under the door, which, after I read it aloud to the living room, it was discovered that Pete Haack had broken the fundamental rule of Stephenson Hall–by totally snitching on us. As Pete slunk out of the room and we destroyed the report, it was decided that it was time to “drop some shit off the fire escape.” You see, our fire escape had a 4 story drop to the kitchen entrance below, so it was a nightly event to drop new and exciting things (everything from bulk red hot sausages to bowling balls) off of the fire escape.

This time, considering our lack of leadership, and the fact that I was able to take a bit more time than the usual sprint down the third floor hallway, quick throw, and run back in to hide in Eckert’s room, I wanted to do something special. While rummaging through a supply closet for candidates for a good “smashin’” I found an extra microwave in the back under a pile of boxes. It appeared to be an exact copy of the current microwave that was in our kitchen…which, got me thinking…

Claiming I had found a “broken” microwave (though, to be fair, I had never actually checked to see if it was actually broken), I brought it out to the top of the fire escape where we spent the next 30 minutes filling it with bulk jars of mayonnaise, eggs, beer bottles, light bulbs, etc and then wrapping the whole thing in duct tape and giant cinder blocks. It was so heavy it took two of us to get it over the railing, but when it hit, it was probably the most spectacular fire escape drop yet. The mayo and egg blast zone alone was a sight to see.

Then, I hid our actual, functioning microwave in our basement boiler-room/restroom and replaced it with the flat as a pancake, door barely still attached, mayo-spattered, fire escape-dropped microwave. As a finishing touch, I left the following note on the microwave:

Dear admin,
I was heating up some tater tot nasty and accidentally left my fork on the plate. I saw a spark and now I can’t seem to get the light to turn on inside and the door is acting funny. If you could repair/replace this as soon as possible, that would be much appreciated.

Thanks, I hope the movie was a good one!
Isley

Then I went to bed.

Apparently, the movie turned out to not be all that great or something, and thus Nick and Matt’s already dark moods were not helped by returning to a parking lot covered in shimmering Saran wrap. Which is why those that were still awake still speak of the shriek of rage that sounded through they hall as they walked in the kitchen. Which, is also why those who were still awake ended up breaking down and showing Matt where the real microwave was in order to keep him from calling the police as Nick paced around the kitchen yelling “He’s gone too far this time, TOO FAR!”

The next morning it all kind of blew over as it was assumed that the microwave I had destroyed was a non-functioning piece of junk, and the parking lot mess that we had allegedly been involved in was most likely just Pearson guys trying to frame us. Or at least that was our story.

You were in college in the 90s…SO OLD.

I know your parents, and I know you were raised right, so I have a hard time understanding how you turned out like this. Chalk one up for nature.