Between a Rock and a Hard Place: a Reevaluation of Hitler’s Russian “Blunder”. 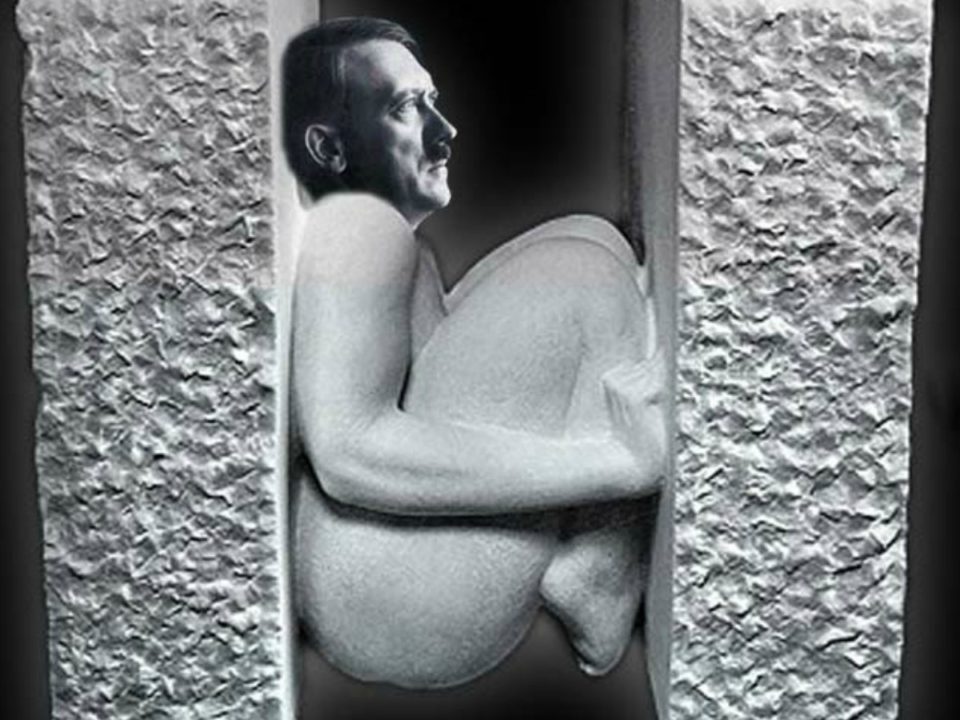 Having read literally ONES of books on World War II, and perused literally TENS of Wikipedia articles on the subject, I have decided to use my vast expertise to write a bit about a common (at least so it is beginning to seem to me) misconception about Hitler’s decision to invade Russia. And since this isn’t just a cut and pasted post from an actual researched essay like my last post, there won’t be any citations, so everyone will just have to take my word for it.

It seems I have always heard that Hitler’s greatest blunder was invading Russia and that he did it too late in the year. Now, don’t get me wrong, without a doubt, Russia was THE reason the allies won, far more so than the United State’s prodigious production capability and the British victory in the Battle of Britain. Had Russia lost, Germany probably would have won. The main misconception about the Eastern front that I would like to address here was that the invasion of Russia was a poor decision on Hitler’s part.

While it is true that Hitler had always wanted to invade Russia, primarily because of their rich resources that he felt were necessary for the Germanic empire he envisioned, the decision made sense from a non-“empire building” standpoint as well. Communism and National Socialism were about as unlikely allies as could be, and there is no doubt that even had England made peace, the US not entered the war and Germany been content with its new European Empire, Russia still would have most likely attacked. The problem, as Hitler saw it, was that Russia was in no position to attack any time soon (what with almost all of its generals and officers killed by Stalin in purges) but soon would be. The Russian military had also doubled in size in the two years before the attack and Hitler rightfully feared what would happen if that military growth continued unchecked. If he waited for the Russian attack down the road it would be a very different Soviet army then the one he would face in 1941.

So, while no commander ever wants to wage a war on “two fronts”, Hitler was put in the unpleasant situation of being forced to do just that against an opponent who was no pushover (to put it lightly). Arguments for the invasion were convincing however. Britain was all but out of the war and the United States did not appear to be ready to fully commit to war against the Axis making the “two front” argument less compelling. Also, as mentioned, Russian forces were essentially leaderless, and the military was unprepared for an attack (Stalin refused to believe that the Germans would attack so soon).

These were the circumstances that led to the German attack on Russia on June 22nd, 1941. As I talked about earlier, this date turns out not to have been all that “late” to invade Russia. The standard thinking is that Germany got sucked into Italy’s failed Balkan campaign (primarily in Yugoslavia and Greece) and was thus critically delayed for 6 weeks. But (at least according to the books I read) Russia had had an unusually long rainy season in 1941 during which the roads turned to liquid and travel would have been nearly impossible, especially for the mobile operations the Germans needed for their invasion.

So, as nearly as I can tell, Hitler’s best choice really was to invade Russia at the time that he did, and he was not able to invade much earlier than his mid June start date. These were not his real blunders. As it turned out the Russian army really was about as crippled as Hitler thought it would be (though having greater numbers than their pre invasion estimates). Through brilliant encirclement battles the Germans were able to conquer hundreds of miles of Russian territory (they made it all the way to the outskirts of Moscow, and even further East in Southern Russia) and destroy almost the entire starting forces of the Russian army (nearly 6 MILLION men) in five months.

So why was the German campaign in Russia ultimately a failure? There are many reasons (as there always are in hindsight) but here are just a few:

Though Hitler dug his own hole, there really was no better choice in 1941 than to invade Russia. If you want to blame Hitler for inept command decisions, there are plenty of examples starting around Stalingrad and becoming increasingly frequent as the end of the war approached. The invasion of Russia, however, was not one of them.

(If anyone is really interested by all this, I have to recommend John Keegan’s Second World War, an exhaustive yet entertaining read that will tell you everything you ever wanted to know about World War Two. It also seems fairly unbiased and doesn’t make many outlandish claims. Alan Clark’s Barbarossa is also good for just the Eastern front, but it is a bit drier and not as easy to slog through.)

It is just speculation, but I am of the opinion that had Moscow been conquered in 1941, the Soviets probably would’ve collapsed and sought a negotiated peace. At the time it was the rail hub of the USSR, conquering the city would’ve meant North/South strategic movement would’ve been cut, giving benefits to the entire German front, not just Army Group Center. It would’ve also been a morale boost to the Germans and defeat to the Russians, making a negotiated peace more attractive to the Soviet people. A direct attack on Moscow might have caused the Soviets to throw everything they had into the battle, making the defeat that much more devastating. Then of course there is also the less likely possibility that the defeat of Moscow would’ve caused a revolt against Stalin or the Soviet system and another peace settlement like 1917. I think the Stalinist system was probably too entrenched to be overthrown, but I think Hitler had a better chance of negotiating a peace settlement with Stalin than with Churchill or Roosevelt. However, after December 1941 I’d say a German/Russian peace settlement would’ve been pretty difficult to achieve. There were some minor overtures towards peace in 1943 though, so who knows.

Those are some good points…I’ve never thought about Moscow being the rail hub. Also the “throwing everything they had” into the battle makes sense too.

I don’t know about peace though…Soviet and German ideologies at the time were so diametrically opposed (heh, though I guess no more opposed than Russia and the rest of the allies) that I don’t see much opportunity for peace outside of one side unconditionally getting beaten. Weren’t most of the peace discussions stuff like post Stalingrad Paulus, ie independent initiatives?

Not that peace was out of the question, but if any country was going to keep on going after their capitol had been taken, I’d say it would have been Russia.

But yeah, on the other hand, if anything was going to take Russia out, it would have been the fall of Moscow I guess. Which it’s a good thing it didn’t fall, because I also think Russia could have won the war themselves (the American lend/lease contributions, at least according to that Keegan book, were not as vital as they are sometimes represented (though the trucks greatly mobilized their armies I guess).

My opinion might be colored by my years of attempts at conquering Russia in boardgames. In my mind, there HAD to have been some way to make Russia fall. In reality there may or may not have been. In any case, I think the only way it could’ve led to a Soviet defeat is if it happened in 1941. The Red Army of 1942 was not the army of 1941, plus there would’ve been time to build and improve fortifications. I agree that out of anybody, the Russians would’ve been the ones to keep fighting after losing the capital. However, I think the battle for the capital would’ve been so devastating that further resistance would lead to negotiations. Of course, that makes the assumption that the Soviets would’ve thrown everything into the Moscow battle. They could’ve just kept withdrawing further and further east as they had already moved the government to Kuibishev(sp?).
From what I have read about the 1943 peace overtures, there was some contact between Ribbentrop and Molotov through a third party in Sweden (Count somebody or other). Stalin wanted the 1941 borders and Hitler wanted everything west of the Dnieper river. The Germans snubbed the Russians at first, and then decided they wanted to negotiate, but the Russians were no longer open to it. Offhand, I can’t think of the book where I found this, but I’m pretty sure its one that I own so it would’ve be too difficult to find. It MIGHT be in “Neither Friend Nor Foe” by Packard, which is in the library. I’m not positive though. And while National Socialism and Communism were opposing ideologies, Stalin and Hitler were both dictators, and could probably relate better to eachother on that level, as far as negotiating peace. I don’t think there would’ve been any possibility of the friendly relations they enjoyed between 1939 and 1941.
I think that, had the Caucasian oilfields been taken from the Russians it might’ve starved the Red Army and Soviet industry of oil, giving way to further Soviet military defeats and German land gains in the east. But I agree, the Russians could’ve won the war themselves. A German victory would’ve still left some of the Red Army intact and would’ve been an uneasy truce with a second period of fighting erupting later.