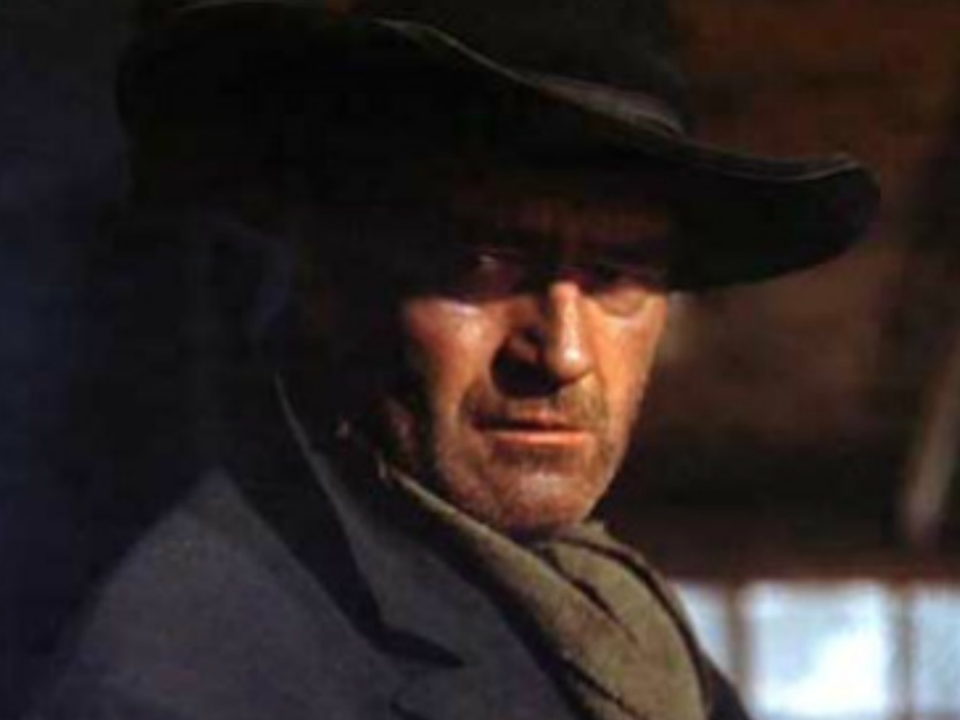 I’ve been a little unsure about what to do with the Infrequently Occurring 5th Monday (aka “you are lucky I don’t just make it a double Middle Earth Monday”) whenever it crops up.  Things started off well enough with Diminished Fifth Monday, but by the time I started writing stuff like Fifth Alpini Regiment Monday I realized I could probably do better theme-wise.

So today I’m starting a brand new feature for “Infrequently Occuring 5th Monday”: the top five list.  It’s no secret I love lists, so I should be able to sustain a “Top Five Monday” list for quite a while.  It’s also no secret I love John Wayne, so let’s start things off right!

Charisma, screen presence, star power, whatever you want to call it, I doubt anyone would argue that John Wayne had it.  However, because (like Woody Allen) he essentially played the same guy in every movie, Wayne never got a lot of credit as the fine actor he actually was.  So today I’d like to take a look at some of my favorite performances from the Duke.

The Searchers is not my favorite movie/Western/John Wayne movie of all time (though it is certainly a fine film).  However, it does feature what is arguably John Wayne’s finest performance.  Sure, he is the usual “man’s man”, but Ethan Edwards is probably the most complex character he has ever played.  The layers of racism, pride, unrequited love and honor are far more than skin deep and John Wayne really delivers in the performance of a lifetime.  No one else could play that role and make the monument valley locations seem small in comparison.

As you read through my picks it will become increasingly clear what this list really is: “My snobby snub of True Grit”.  But honestly, as enjoyable as his performance can be in True Grit, let’s call it what it really is: scenery chewing mugging.  The Shootist is a far more mature portrayal of a man at the end of his years.  Perhaps you could say that the cancer-ridden Wayne was once again playing himself, but there is no denying the subtlety of his performance.  He had quite a career, and saved one of his finest performances for his last film.

Wayne’s long time director John Ford famously said after seeing Red River “I never knew that big sonofabitch could act!” And it was true, Wayne had come a long way from his “A man could live there…and a woman…” days.***  Red River, in addition to being of my all time favorite movies ever, also happens to have a real powerhouse of a performance from Wayne.  As near as I can tell, this was as close as he ever came to playing a villain and he did it with style.  And really, name one actor who could deliver that “good beef… for hungry people” speech and not make you laugh!

I’ve talked about Rio Bravo in depth before, so I’ll try to be brief here.  Basically this movie stands in for the vast number of John Wayne films where he plays John Wayne.  Effortlessly holding your attention, he is the nucleus of this film and by the sheer force of his will he actually elevates the performances of the lesser actors around him (unlike Brando who was so good he made the other actors pale in comparison).  If Wayne believes Ricky Nelson’s Colorado is a bad mofo, then damnit, so do I.  I’d say it helps that this happens to be one of the greatest films of all time, but that isn’t entirely fair since Wayne’s performance was a big part of that.  The best way to describe his acting in this film is the way his character describes Colorado: “…he’s so good, he doesn’t feel he has to prove it.”

The fifth pick here was tough.  I wanted to go with a performance like in The Quiet Man or She Wore a Yellow Ribbon, but I’m not sure to what degree the overly sentimental nature of those films is his fault or the scripts (I’m guessing both).  But then I remembered Hondo.  Sure, it’s another of the usual Wayne performances, but really this one stands out to me.  It seemed a lot more nuanced than usual and is another great example of Wayne doing what he did best.  And what higher praise could I give his Hondo performance other than to point to the quote from The Duke himself after screening the finished film: “I’ll be damned if I’m not the stuff men are made of!”

***I would like to make it clear that I am by no means denegrating Stagecoach, or even his performance in Stagecoach.  It’s just not one of his best performances, that’s all.  But that’s like saying A Tale of Springtime isn’t one of Rohmer’s best Four Seasons movies.  It’s still better than every other movie ever.  And so, for that matter, is Stagecoach.

I really like the list idea for IO5M. Hell, I think you should do a list ever Monday, but that’s just me. I’ve actually never seen a John Wayne movie *dodges shoe*. You got me to watch some of the Dollars Trilogy in high school, but I never let you convince me to watch a John Wayne flick.

And you call yourself an American…

Also, you mean I should do a top 5 every monday except for middle earth monday?

So I watched The Searchers last night (it was the only one of these Netflix had streaming), and overall I was pretty impressed and entertained. The main problems I have are 1) John Wayne makes everyone else look bad, 2) the old fashioned Hollywood score is intrusive and distracting, and 3) most of the actors do a poor job of behaving like real human beings. I’m also not entirely sure when Ethan went from wanting to shoot Debbie for being a goddamn dirty Comanche to cradling her in his arms and carrying her home. Despite all that, I enjoyed it more than I expected I would.

My main problem with The Searchers is that Ford’s (the director’s) sense of humor could get pretty broad, and I felt like a lot of the sillier stuff didn’t really belong in such a serious movie. I thought the ending worked really well though. When he picked her up over his head at the end it reminded him of how he would pick her up as a little girl and how blinded he had become came crashing down on him in that one instant. As a story of overcoming his obsession and faults I think it works really well.

I can see the point about Wayne overpowering the other actors in The Searchers (though I never much liked the kid in that that goes with him), but usually he blended in much better. I would recommend Rio Bravo more heartily…but it might not be what you are expecting…it’s an awful populist movie…and one of the best films ever made though I can’t put my finger on exactly why 😉

The sons of Katie Elder???

I have no problem with that one, but it never struck me as one of my all time favorites. I remember you saying it was one of your favorites, I’ll have to revisit it. And you were the one who hated Hondo right?

It’s not that I hate Hondo, it is just that it is a very typical John Wayne movie. Also, “North to Alaska” and “The Alamo” would make great contenders!

I agree wholeheartedly with #s 1-3, but I would rate his performances in the following films higher than your 4 & 5– (in chronological order) Stagecoach, The Long Voyage Home, They Were Expendable, Fort Apache, She Wore a Yellow Ribbon, The Sands of Iwo Jima, Rio Grande, The Quiet Man, The Man Who Shot Liberty Vallance, and True Grit. THEN Rio Bravo and Hondo…

I’d concede that most of those could fairly be ranked higher, but I’m still not entirely convinced his work in Stagecoach and the Sands of Iwo Jima is of such a high caliber. And I haven’t seen The Long Voyage Home! Maybe I should get on that…

You missed a couple of his WW2 movies. There were a couple but let you decide