IO5M 14: The Top Five Least Annoying Changes from the Book in The Desolation of Smaug 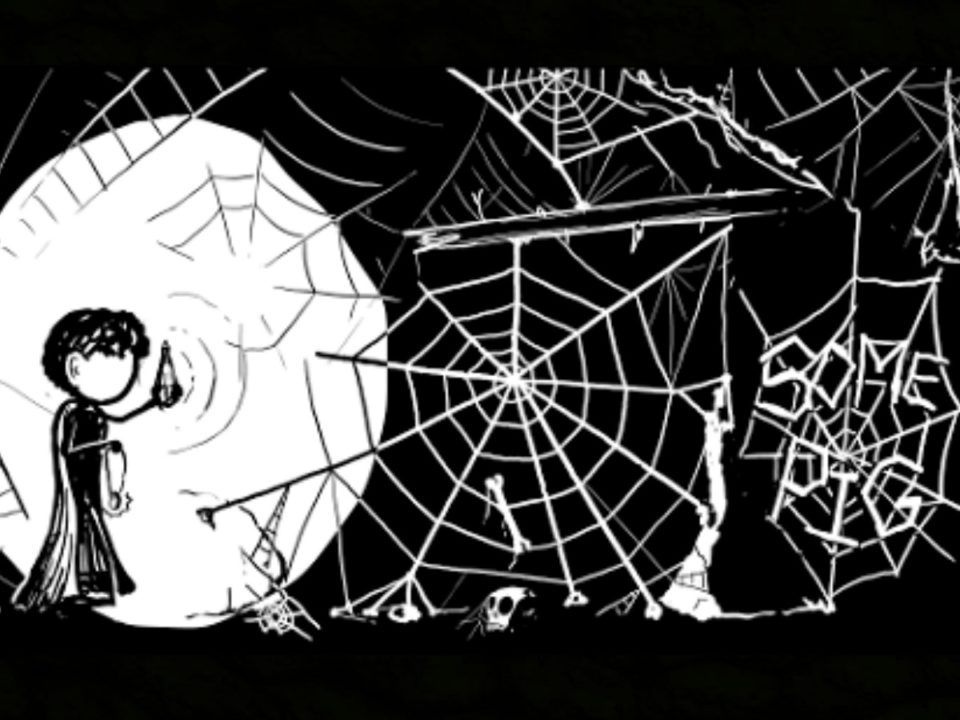 If you don’t recognize the header image, it’s from xkcd, the best of all webcomics.  Check it out!

Today I’ll be looking at the five least egregious changes from the source material in The Hobbit 2: Legolas Boogaloo:

Last year, I covered, in pedantic detail, the five things that annoyed me the most about the first Hobbit movie.  This year, in an attempt to be more positive, I decided to cover the 5 changes from the book that I thought worked the best. Sadly, between giving Mirkwood the hairy Hobbit shaft, the 90 minute Legolas barrel jumping fight, and whatever the fuck that last part was with the rivers of molten gold,  it was pretty tough to come up with a full list of five.

I thought about including Lee Pace’s deliciously scenery chewing portray of a hilariously douchetastic Thranduil on this list, but the more I thought about it, that wasn’t really a change from the book.  So, for better or worse, here are the five bright spots that I, after much thought, managed to come up with in what was otherwise a suspension of disbelief shattering turd of a film:

In the book Bilbo realizes that Smaug’s entire belly is coated in diamonds and is thus impenetrable, EXCEPT, for a patch that happens to be right over his heart.  That always struck me as pretty improbable.  Mostly that Smaug would manage to get only diamonds stuck in his stomach (and how would they even stick there), but also that there was a convenient patch missing right over his heart.  The movie did a good job of fixing this by making it just a loose scale and even working in some kind of dragon slaying ballista device backstory from the original assault on Dale.

See? I’m a reasonable man! If you want to change the black arrow to an arrow of unusual size, more power to you!  If you want to retcon Azog’s death only to bring Bolg into play for the second movie thus proving that you shat on the rich history of Middle-earth for no discernible narrative reason, that, as they say, is an orc too far.

In the book even though Thror’s map specifically said “the setting sun with the last light of Durin’s Day will shine upon the keyhole,” no one bothered to figure out when Durin’s Day would happen.  So when they get to the mountain, the sun shines on the keyhole (after almost not shining) and they are all like “oh, well I guess it was Durin’s Day, let’s go in.”

The movie at least had them know when Durin’s Day was, which did a good job of raising the stakes for getting their journey over quickly (good thing they crossed Mirkwood in a fucking day…but I digress) and then even had a nice fake-out with the last light actually being from the moon (which even made thematic sense since Durin’s day was a day when the sun and moon were seen in the sky together)!

3. The psychedelic light show battle between Gandalf and Sauron.

To start with, Gandalf most likely never actually fought Sauron one on one in the book.  And, ignoring the jacked up timeline (in the book Gandalf found out it was Sauron when he recovered Thror’s map and key from Thrain II in the dungeons of Dol Guldor well before the Quest to Erebor), at some point Gandalf DID enter Dol Guldor alone, and did confirm it was Sauron and not a mere “necromancer.”

With this in mind, I don’ think it is too much of a stretch to imagine that Gandalf might have actually encountered Sauron and maybe even wizard dueled him a bit.  Even ending up captured and hung in a cage isn’t so bad (if you accept the timeline changes), no one really knows how the wizard attack on Dol Guldor went down, fudging the facts is fine in this case (especially since the timeline damage was already done last movie).  Besides, that laser light show fight? Kind of cool.

2. Lake-town was a shitty shitty place.

While the Lake-town of the book wasn’t exactly the jewel of the North, it was still described as a fairly ok place to live in.  In the movie it was a cold wet pit of squalor and hunger ruled by a real piece of shit (though the Master of the book wasn’t all that great a guy either I guess).

And you know what? It really worked.  I’m sure the wine trade with Dorwinion was quite lucrative, but with Erebor and Dale gone, and the forest road fallen into disuse (coupled with a corrupt Master), it would make sense that Lake-town had fallen on hard times.  It did a lot to flesh out Middle-earth beyond “generic fantasy setting full of nice helpful towns.”

1. The One Ring lets you hear spiders talking.

This might seem like a minor thing, but I really appreciated them working in a really clever way to show the spiders talking and yet still make it believable.  That was always a problem with The Hobbit: too many talking animals!  But The Desolation of Smaug managed to include some talking spiders, and make it work!

It was a simple thing, but whoever first had the idea “what if Bilbo could hear what the spiders were saying only when he wore the ring?” should pat themselves on the back.  And then punch themselves in the nuts for taking part in the rest of the movie.

I protest the exclusion of Thranduil. HE WAS AWESOME. The dragon fire thing is noncanonical, right? SOLVED IT.

Damn, true, him having been burnt was pretty cool… Now go take a cold shower.

Unfortunately the Lee Pace portrayal of Thranduil was horrible, too theatric behaviour for my taste and to put it simply the character was butchered (not to mention that it’s simply strange, to this moment Jackson portrayal of elves made them some sort of emotionless automatons and here ove the top exaggerated emotion), made into one dimensional jerk, The hobbit despite being a children’ book had more charaterization to him than this movie!!! Movie shows not a single good trait of him, this is not the wise Elvenking Tolkien imagined, who was a strong and skilled leader concerned for the well being of his people, trading with other communities with great organizing skills (even taking part in local policies concerning tolls in river traffic, not as isolationistic like in this movie!), bookThranduil was by heavens more reasonable and cunning than this cold bastard and was much more merciful, if book Thranduil had a weakness it was for treasure expecially silver and white jewels but he wasn’t overly greedy he was reluctant to start a war with dwarves and was quite generous sending aid and great store of goods to Lakemen of destroyed Esgaroth, killing a defenseless captive wouldn’t even pass his mind and he would NEVER EVER treat any ,,lowly silvan elf” any worse!!! He showed much kindness to Bilbo despite him stealing from his halls (how the movie jerk will treat our thief is a wild guess so far he showed only the worst of him). Also I don;t know why everyone forgets that spiders talked also when Bilbo took off the ring (the stupidest moment of naming a sword ,,it stings” the spider yelled and ho great name Bilbo thought, book scene of naming his sword was much more awesome and a real turning point for hobbit, not a passing moment like in movie!!!!!).
Also on the other note actually killing a huge dragon with arrow shot from great yew bow IS PLAUSIBLE (documented scientifically hahah 🙂 ) and the patch on dragons underbelly was quite logical, his body is hot, his skin hard and lying on treasure for so long allowed for those gems and gold fragments to stick to him hehe, that he had a weakness isn’t as unbelievable it is natural that such a form of protection isn’t ideal and he was a young and tender dragon when he took two kingdoms by storm :).

Also it is told in book that Durin’s Day is actually a rare astronomic occurence that happen (not always) on first day of dwarves New Year and that they lost knowledge on how to calculate this. And the entire line of last light of SETTING SUN is signifying that the thing it does, the last ray of sunshine is suppose to show the magically hidden keyhole!! That they happen to arrive to witness this is a working of fate so to speak (but already the fact they were able to read the moon-letters on the right phase o moon is signifying that they can find the door on time, siply because the time when Thrór wrote the writing on map coincidents with the Durin’s Day following :).

I don’t know, you might want to reread the elven king chapters again in The Hobbit. Dude was kind of a dick.