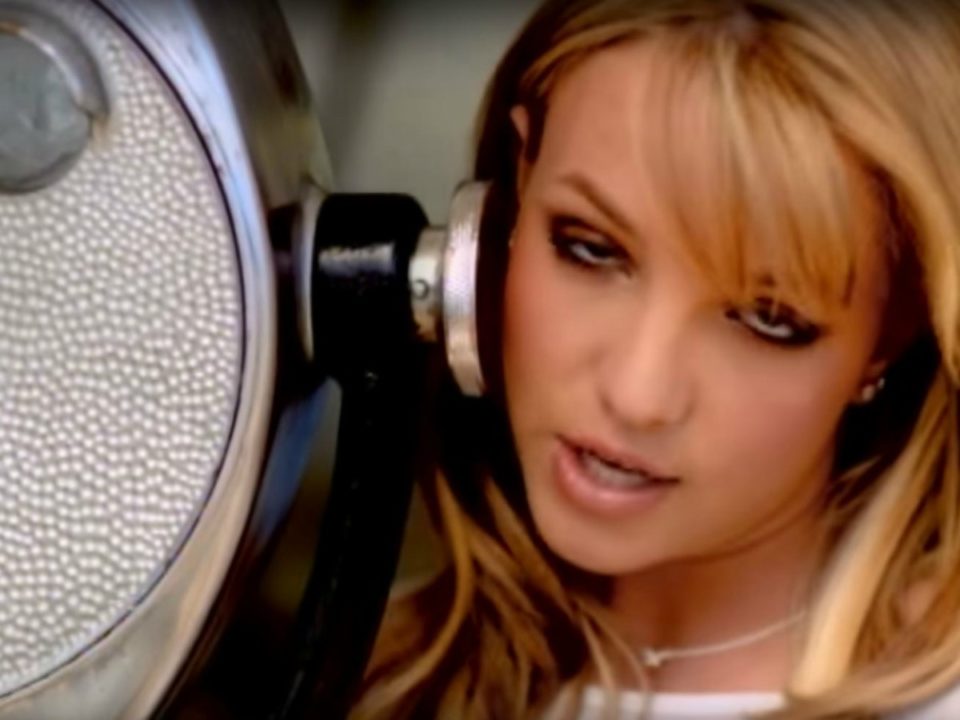 Today’s Britney Week post was very hard to write.  When someone has the depth of catalog, consistency, and is as legendary as Britney Spears, it’s gonna be tough to find any songs that are “overrated.”  Even making a list of “worst” songs would be easier, every artist has a few clunkers, Britney included.  But this is not a list of Britney’s worst songs (which would really just be Chillin’ With You” and 80% of Baby, One More Time), this is a list of Britney’s most OVERRATED songs.

Overrated is a vague word, but for today’s post, I’ve decided to limit myself to Britney’s singles.  Though I’m not just looking at her worst singles, I’m also trying to factor in relative popularity of her singles as well.  “Perfume” is kind of lame, but it’s not exactly quintessential Britney either.  It’s a delicate balance, and it’s all mostly guesswork anyway, but, for what it’s worth, this list is my best attempt at coming up with 5 Britney Songs that should not have gotten the attention they got.  Also, it’s only fair to say, a good half this list is made up of some serious JAMZ.  I mean, hell, I’ve even been caught enthusiastically singing along with #5 in my car to my unimpressed niece:

What can I say, Britney is so good that even her overrated songs are underrated.

Ok, to start, this song is a fucking classic.  That’s how good Britney is, I can’t even come up with a measly list of FIVE overrated songs.  HOWEVER, every time I listen to this one, I must admit that I find myself siding with the haters that say the prechorus is lazy.  Just shouting the name of the song over and over gets a little grating.  I mean, the “boy, don’t try to front” part is gold (if also a bit annoyingly repetitive), it’s just that it’s hard for me to think of this song without thinking “Womanizer, you’re a womanizer, I’m a womanizer, they are womanizers, womanizers womanizery womanizer womanizer womanizer.” So, because of a slightly annoying chorus that actually still works quite well (and the fact that it is one of only four #1 singles Britney ever had), I guess I’ll call “Womanizer” as one of her most overrated songs.  Also, “Ooh Ooh Baby” off her previous album was a better version of “Womanizer” anyway (#hottake).

While “I’m a Slave 4 U” was Britney’s first lead single not to crack the Billboard top ten (peaking at 29), it is still classic Britney, and that qualifies it for overrated consideration even if it is a strong enough song that it would never be called overrated in any other artist’s body of work. I think my biggest complaint is that the on-the-nose chorus is a little annoying. Also, while the “don’t you wanna…Dance up on me” section livens things up nicely, otherwise the song just kind of drags.

Outrageous is a tricky choice.  Like the first two, I wouldn’t necessarily call this a bad song (though I do generally dislike heavily syncopated stuff like this).  And, only peaking at 79 on the Billboard charts, it’s debatable whether this could even be called overrated.  However, R. Kelly basically forgot the chorus when he wrote this one for Britney…unless you count that poorly incorporated weirdness 2/3rds of the way through.  The Middle-eastern sounding beat is cool, and there are good moments, but overall this is just kind of forgettable.

First, this song didn’t quite hit the top 100, which makes its “overrated” status even more dubious than “Outrageous”.  However, it has gone on to become a quintessential early Britney song, with numerous TV and live performances.  Also, to be fair, I’ve been told (by more people than just Shena) that this is actually an excellent ballad.  But I’m here to say that ballads that sound like this fucking blow.  Seriously, this whole sound can fuck off (Britney didn’t do a decent ballad until “I Run Away” on her third album, and she didn’t do a great ballad until “Everytime” on her fourth #hottake).  Those who refer to Britney as generic bullshit pop music are probably talking about this song…

1. Sometimes/From the Bottom of my Broken Heart

Britney’s first album, Baby One More Time, has not aged well at all (aside from the legendary title track and “(You Drive Me) Crazy”), and nothing proves this more than the level to which both of its non-Max Martin penned singles make me cringe from their very first notes.  Still, even though “Sometimes” and “From the Bottom of my Broken Heart” charted at 21 and 14 respectively, Britney quickly outgrew their teen pop juvenalia, so I didn’t want to take up more than one spot on a pair of songs that are no longer relevant.  Anyway, I can not express enough the level to which these songs blow and/or suck.  Thankfully, Britney moved on from this style and didn’t look back, but at one time they were both very popular, which also makes them…very overrated.