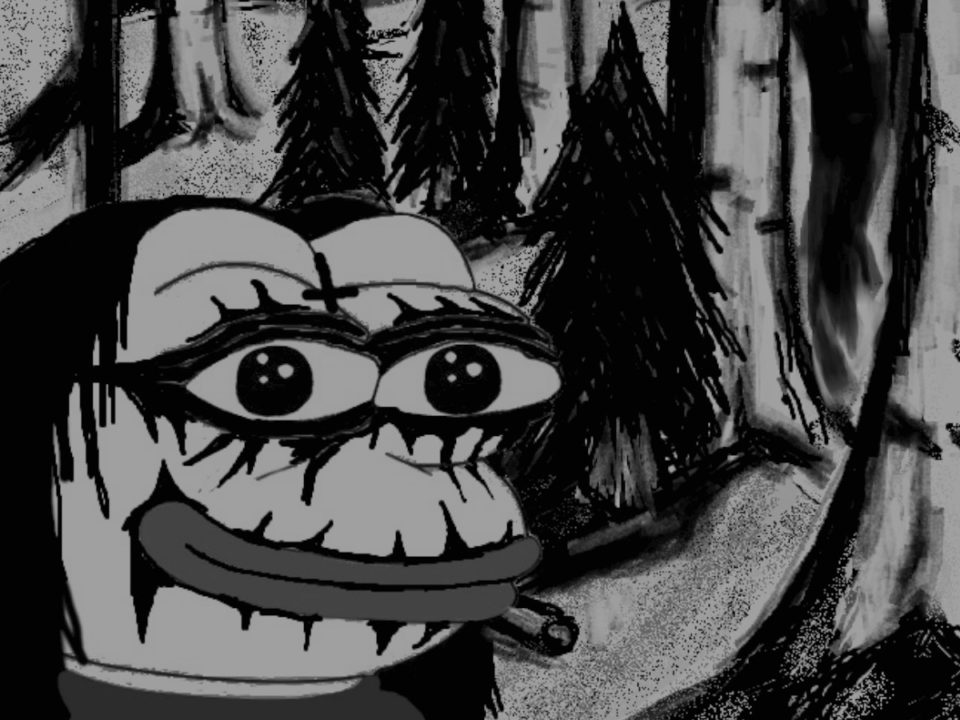 Memes are basically just in-jokes, references that people can feel special for “getting” as they endlessly scroll through Reddit in an attempt to fill the void in their soul.  The most successful memes are accessible enough that they can be easily grasped by wide audiences, and are versatile enough that they can survive at least a week before people start claiming they were already played-out weeks before you first saw them.  Today, I’ll take a look at a few of the more popular memes that have cropped up in the last year or so, and, in an attempt to quadruple down on their “in-joke” status, I’ll make a bunch of my own examples focusing on extreme underground KVLT black metal, a genre with literally 10s of avid fans!

Up first, we’ve got the Distracted Boyfriend meme.  This one is so simple it instantly caught on as people rushed to write their own captions of new things that they prefer to other, older things.  There are actually some clever variations out there, but mine (like most of the memes on this post) keeps it simple: 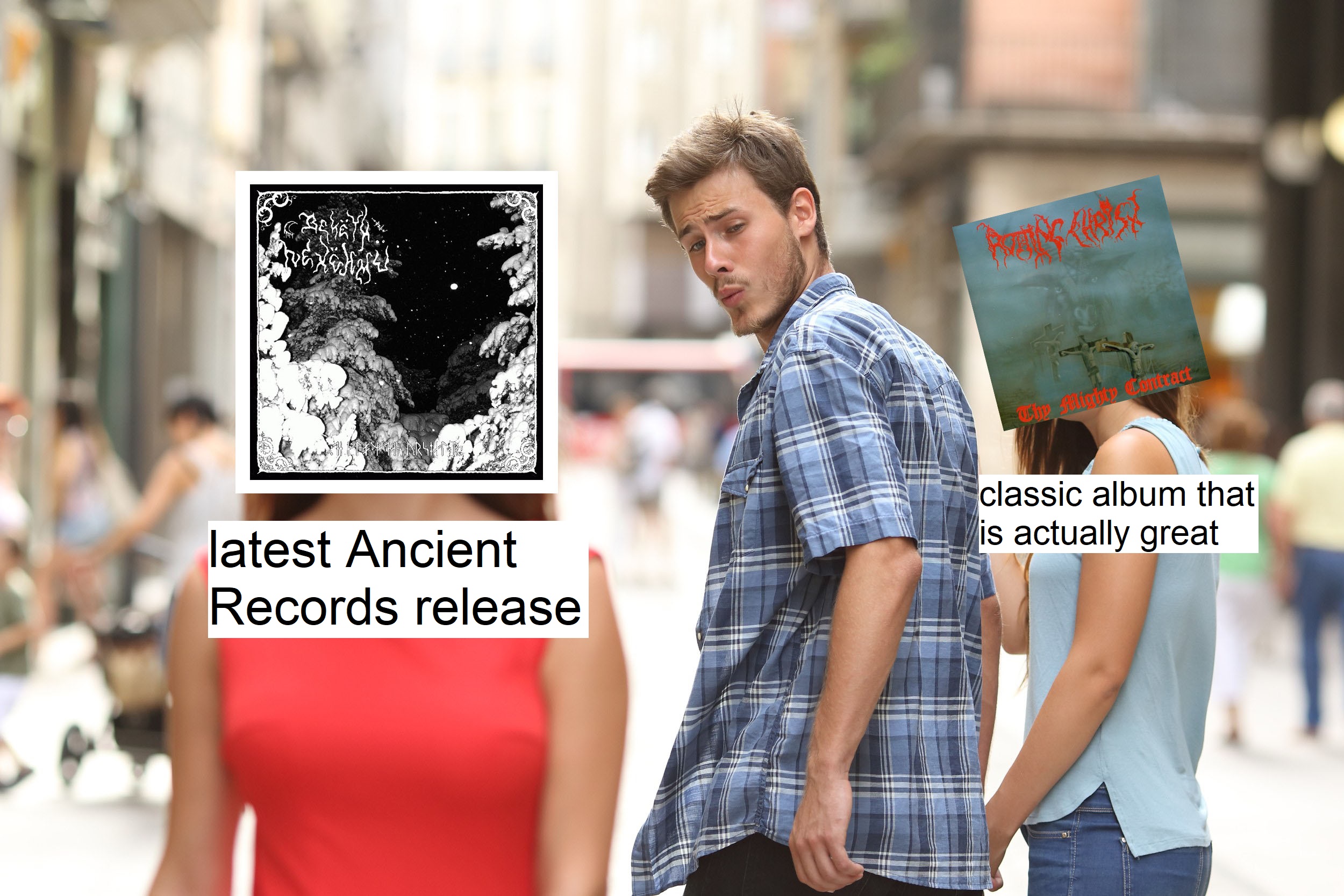 Basically the entire black metal underground acts like this…there are even edgy kvlters out there going around claiming shit like Burzum sucks and Malaysia has the best black metal scene of all time. 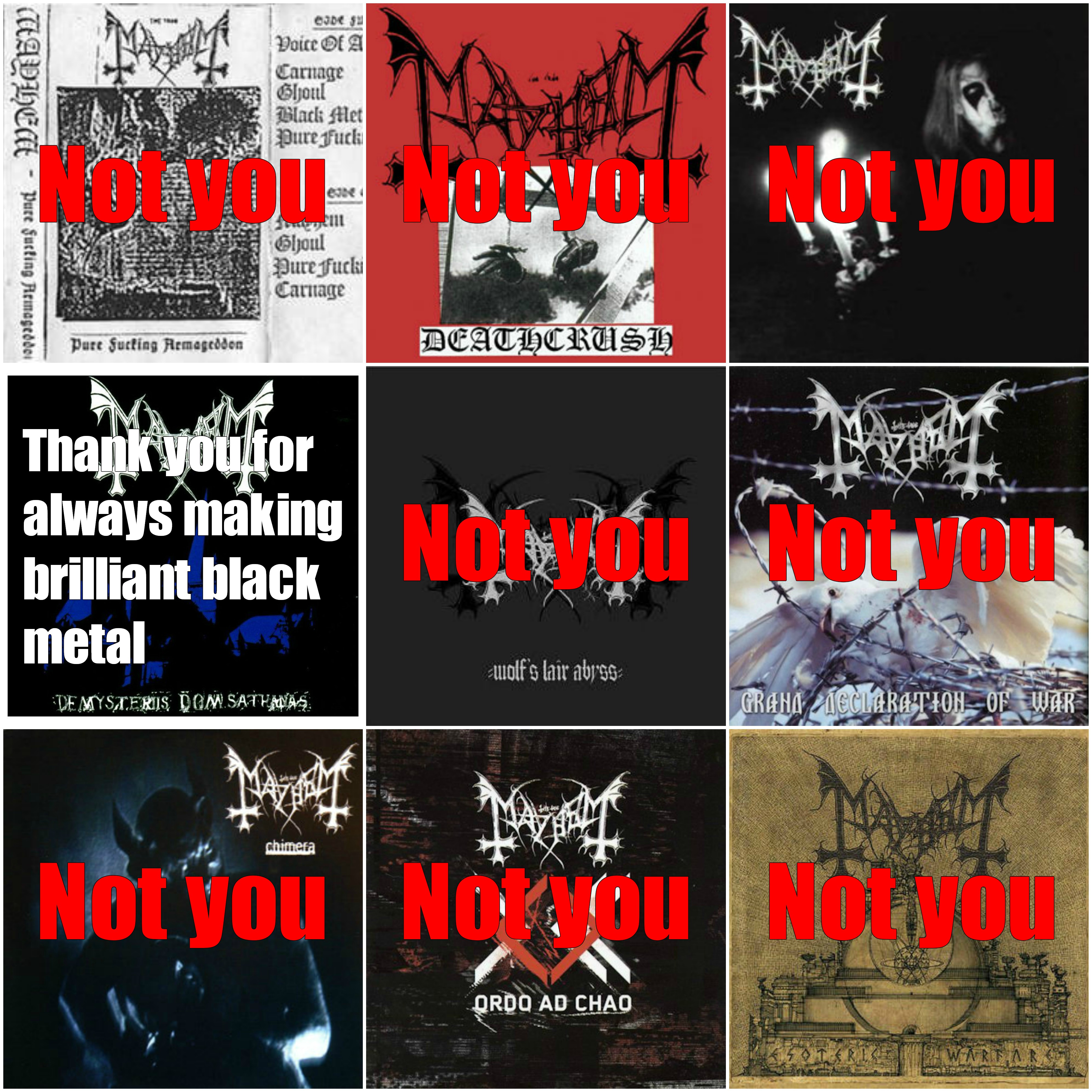 First, Mayhem is far too popular to be considered “underground black metal” anymore (though, a lot of people could do themselves a favor by digging out DMDS for a spin instead of the latest Ancient Records release).  Even hating on the new Mayhem albums doesn’t make you kvlt (hell, some kvlters even claim that they are actually good).  Claiming the “classic” Deathcrush sucks is getting closer, but the real act of edgy kvlt defiance here is claiming that Live in Leipzig sucks.  But, I’m sorry, live albums, as a rule, suck, it’s got too many shitty Deathcrush songs on it, half the magic of Mayhem is the unique production on De Mysteriis Dom Sathanas, and Attila is better than Dead on vocals.  Fite me.

I’ve been saying this for years, but for all their importance to the scene, Mayhem only has ONE good album.

This one is finally on the decline, but for a while you saw it everywhere.  Understandably so, the idea of someone progressively expanding their mind to the point of ridiculousness is tailor-made for the internet.  For my version, I tackle that perennial boil on black metal’s bottom…the proliferation of neo-nazi bands in the underground:

I would just like to point out, for the record, I’ve only ever expanded my brain to about halfway up this chart before skipping ahead to the end.

Typically used to make fun of small town/redneck stuff, the Starter Pack meme is actually quite versatile which explains its resilience (having been around for a quite a while in meme terms).  Mine sticks to the classic starter pack format by depicting all the shit people need to start collecting a dead audio format: 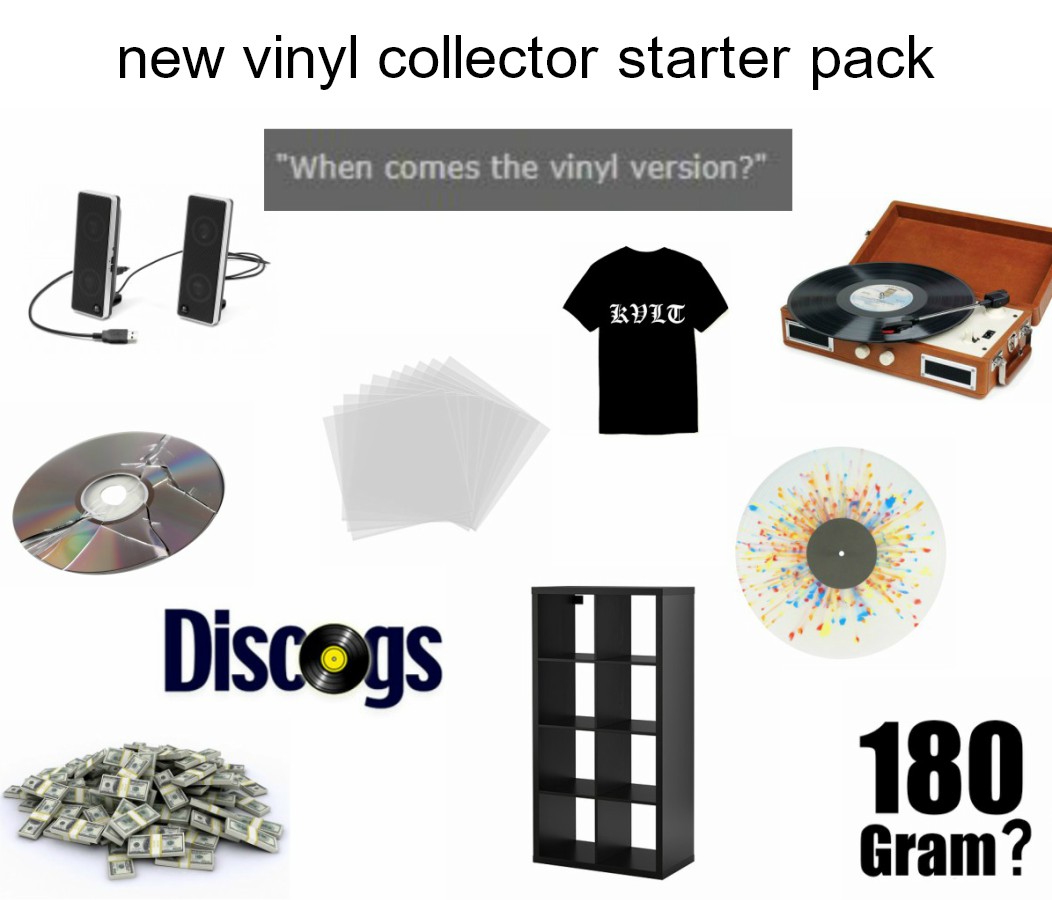 I know it’s totally not cool to go ahead and explain all the items in your starter pack, but, for the record, we have (clockwise from top left):

You Vs. The Guy She Tells You Not to Worry About

This one rapidly spun out of control from a normal dude being compared to a hotter dude on the right to a bunch of nonsense juxtapositions.  Not as versatile as some of the other memes featured here, but easy enough to grasp.  Here it is in its most basic form: 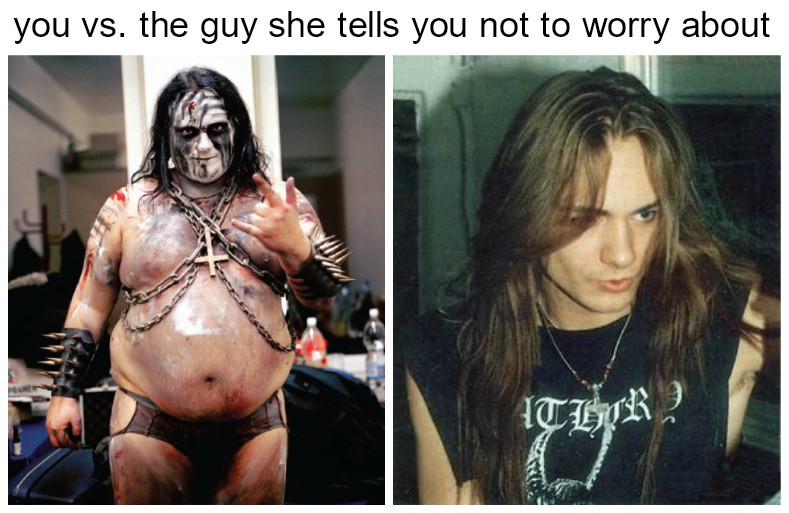 Vrangsinn’s physique aside, NO ONE is going to win a “metal’s hottest dude” contest against Quorthon, inventor of black metal, and 5 time straight duck-face champion.

Elf on the Shelf

This is one of the stupider memes out there, mostly because it’s (usually) not even all that clever, it’s just an acknowledgment that two words rhyme.  Still, it’s super easy, so why not finish with one of my own: 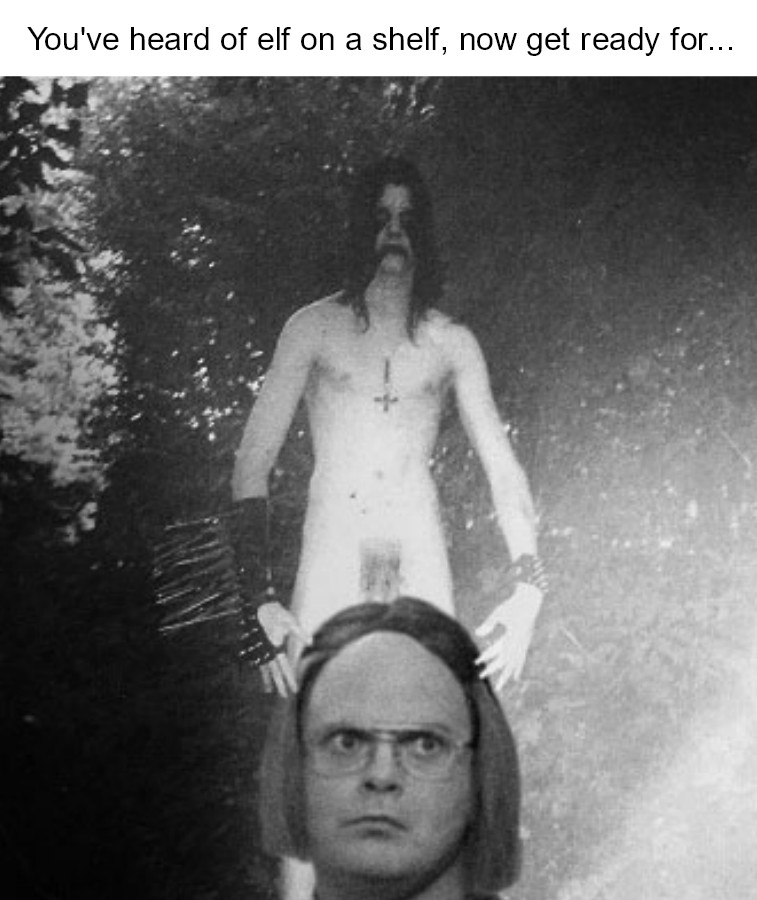 Part of the fun is guessing the rhyme, but if you are stumped, obviously that is the heroin addled front-man of everyone’s favorite pioneering German black metal band Grausamkeit…on a Dwight.  Or, if you (I) must extend the rhyme to an insufferable level, technically it’s Grausamkeit on a Frau-scam Dwight.