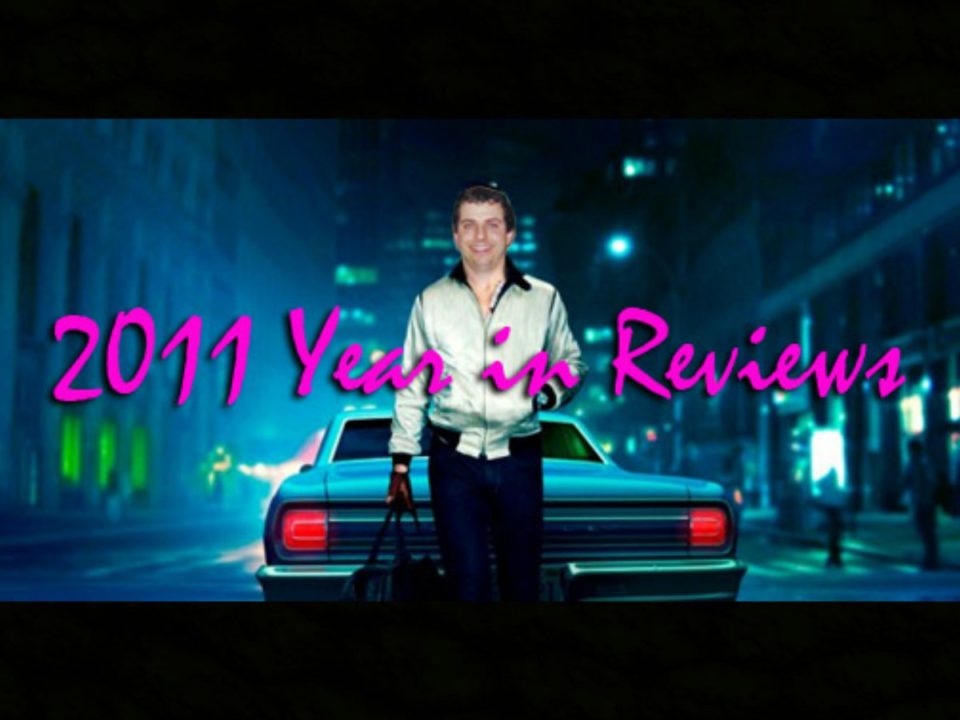 Sadly, down by 75 movies from last year (three times the decline as the previous year!)  Film school continues to, oddly enough, keep me from actually watching movies.  Even the percentage of new movies watched was only 71% (down 7% from last year!)  Anyway, once again, I went ahead and made this handy bar graph to see what my most watched decades were: 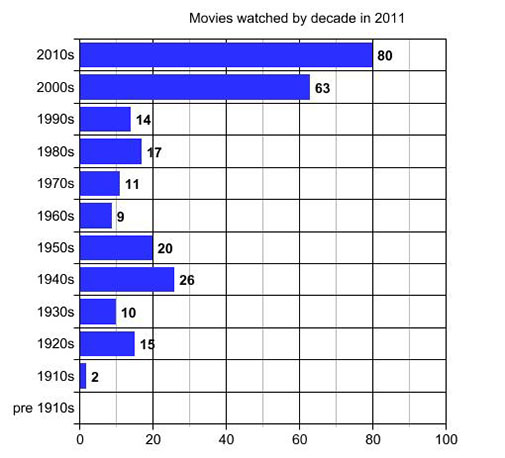 Once again, I ended up watching far more films from the last decade than I would have thought.  In fact, 30% of all the films I watched were from the last 2 years!  Oh well…I guess film school is making my taste in movies go to shit too.

Finally, here is my list of the best (and worst) films I saw this year.  In theory the films on the Masterpieces of the Year list are all movies that I find to be nearly perfect.  Of course, my standards for “perfect” seem to change month to month and plenty of other superlative films got left off of it due to my capricious whims at the time I picked the “Monthly Masterpieces.”   The Worst Movies of the Year list is full of those chosen few films that I found almost no redeeming value in.  Again, it’s pretty subjective, and there are plenty of films that I am embarrassed to admit I could not bring myself to put on the “worst” list (yes, I’m looking at you Crimes of Fashion).

1) Troll 2 (greatest movie I saw this year). “They’re killing her, then they’re going to kill us! Oh my gawdddddddddddddddd!”

2) I would agree with you regarding the movie “Falcon Punch”

3) Your New Year’s resolution should be: No RomComs

True, all those rom coms really did fill out my “worst movies” list.