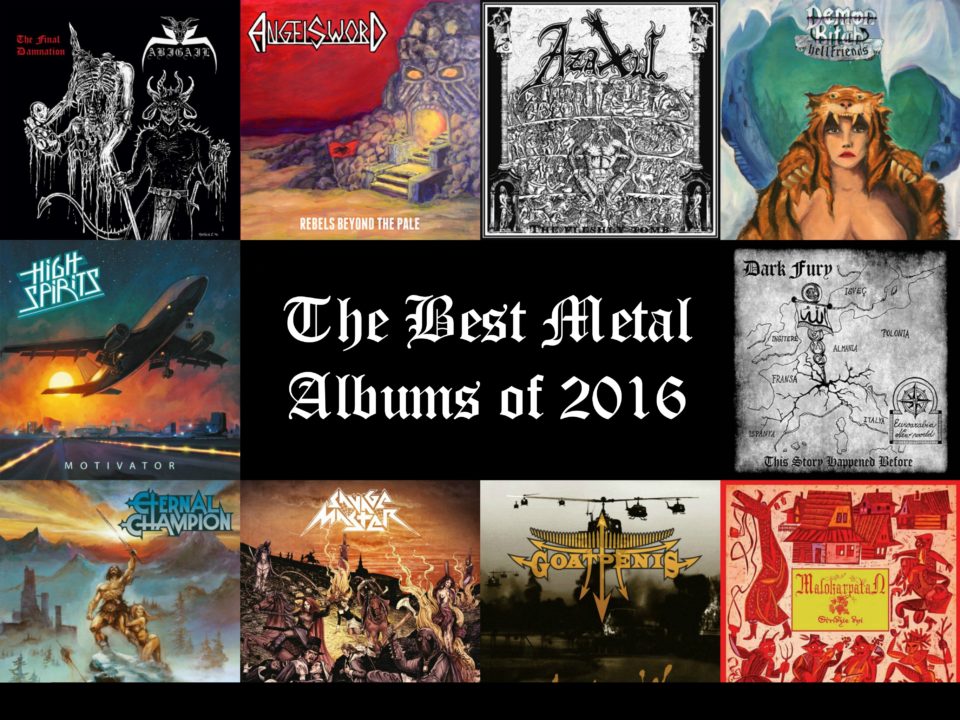 As I make these lists it is always a tricky thing to distinguish between those albums that seem excellent at face value, and those albums that are just plain exciting and/or fun to listen to.  I don’t always get this right (if I’m being honest, that Jugra album last year was probably my most listened to album, and it probably deserves better than a 10 spot), but that is just the thing about real art–NO one can explain why it is so great.  So, this year, I did my best to leave off albums that seemed good on the surface but just plain failed to move me.  Lists are, after all, just like, opinions man, so with that in mind, these are the 10 metal albums of 2016 that might be worth a listen or two if your tastes run towards classic metal and weird sounding black metal:

10. Dark Fury – This Story Happened Before 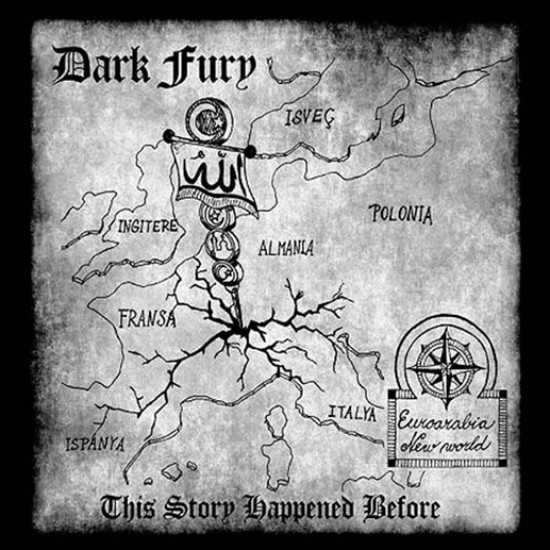 Every year I think that this will be the year that Dark Fury finally doesn’t make my list.  And every year (fine, every other year), they put out a better album than the last.  Of course, the albums they put out are still the same exact fucking sound, so every year, they hover around the bottom of the list despite their quality.  This one finds them shifting their racism to embrace the new anti-Muslim trend in black metal (blog post forthcoming), but losing none of their knack for spitting out excellently hateful songs in the process.

Check out the title track to get an idea how effortlessly perfect Dark Fury can make even the most basic black metal tremolo picked riff feel: 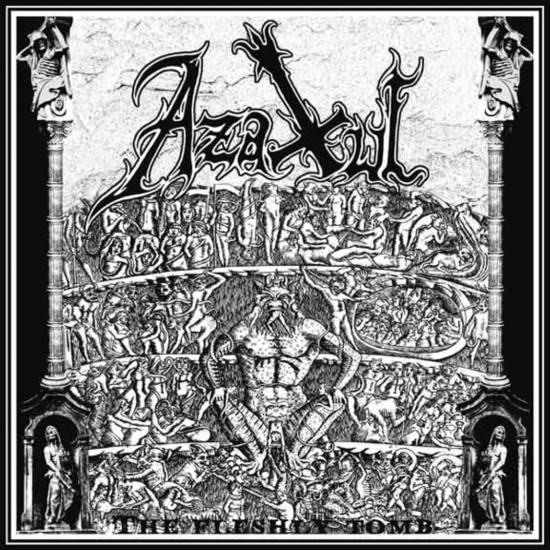 Just listen to the generically titled “Into Frozen Forests” to hear how similar this sounds to Moonblood…which is hardly a bad thing: 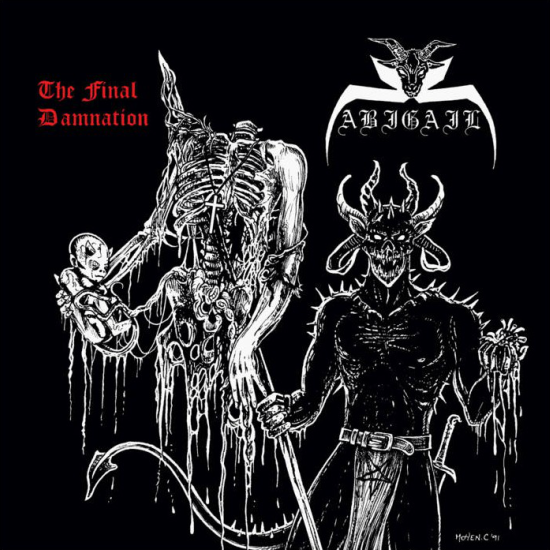 I was never much impressed with that Intercourse and Lust LP NWN is always fire selling, so I’d always kind of written off Abigail.  However, when I randomly listened to their split with Shitfucker last year, I came away very impressed by the very well done sleazy blackened punk FILTH. 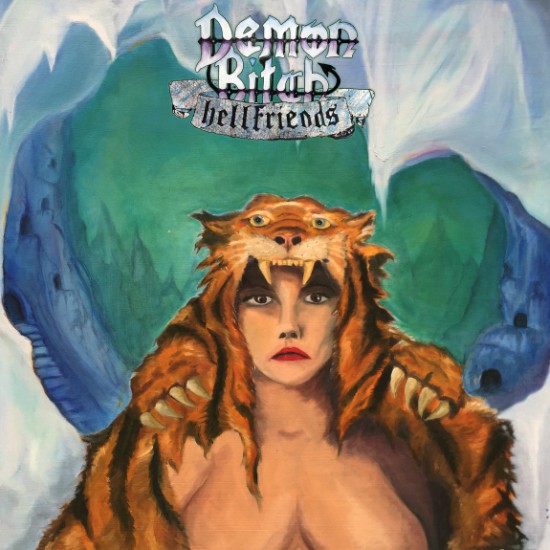 Don’t get me wrong, this is an EXCELLENT album, full of squirrelly yet tasteful guitar lines, and epic melodies.  So I don’t know what exactly knocks it down a few places for me.  I suspect, it is, simply, that their vocalist sounds about as annoying (to my ears) as fucking John Arch.

Still, yelpy vocals aside, this is a band to watch, just check out “Beneath the Ice Caves” to get an idea how good this album really is: 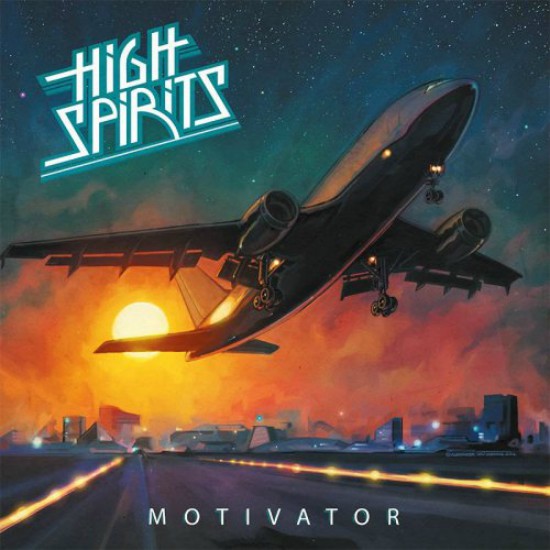 As my favorite modern bands continue releasing albums, they will usually slowly fall out of favor as the material becomes less and less groundbreaking with each release.  Also, let’s be honest, I appreciate what High Spirits are trying to do with their whole band concept, but those lyrics are starting to push it.  There is a point at which stuff like “Reach for the glory, reach for the stars!” crosses over from feel-good to just kind of lame.

That said, High Spirits still does this kind of thing better than about anyone else, and songs like “Thank You” legitimately capture a certain old sound that probably never existed but feels like it always has:

5. Savage Master – With Whips and Chains 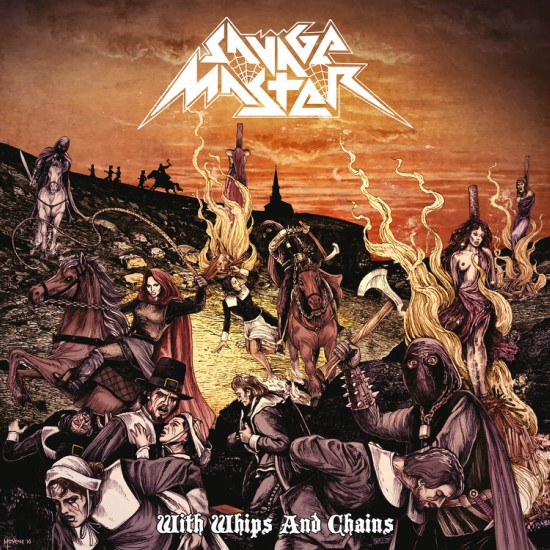 To be fair, this is a friend of mine’s band, but even without that connection it’s hard to find fault with Savage Master’s sophomore album that improves on their debut in just about every way.  The production is a lot more full, the vocals more varied and mature, and the songwriting even catchier.  Really, these riffs are pretty much the highlight of the last year, you can tell that Adam Neal from The Hookers has been building up a store of dark, catchy, classic riffs for a while, and Savage Master is the perfect outlet for his songwriting.  I’d probably rank this even higher were it not for fear of accusations of cronyism (and a few good not great tracks on the B side).

Songs like the galloping “Dark Light of the Moon” make me want to jump out of my chair and headbang right along with the LP: 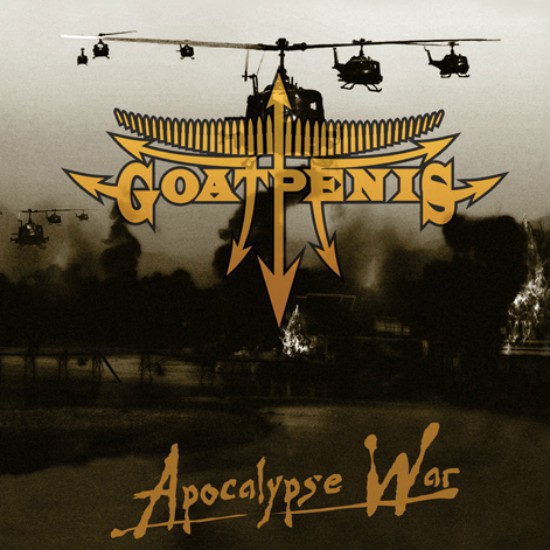 Goatpenis, like many bands, has found a formula, but, in their case I have yet to tire of their particular brand of “War Metal” (which is thankfully a good deal more dynamic and interesting than the Revenge style war metal that I just can’t get into).  This album kind of got forgotten this year what with the confusing release that started with an EP of the same name, but for my money it’s even better than their last, excellent, Flesh Consumed on the Battlefield.  Expect to see plenty of Goatpenis in the coming years (apparently they are already halfway done with their next album).

This one is another concept album, with each song about an officer in Apocalypse now, a concept that actually works pretty well, they even make Harrison Ford’s nerdy character seem badass with “Colonel Lucas”: 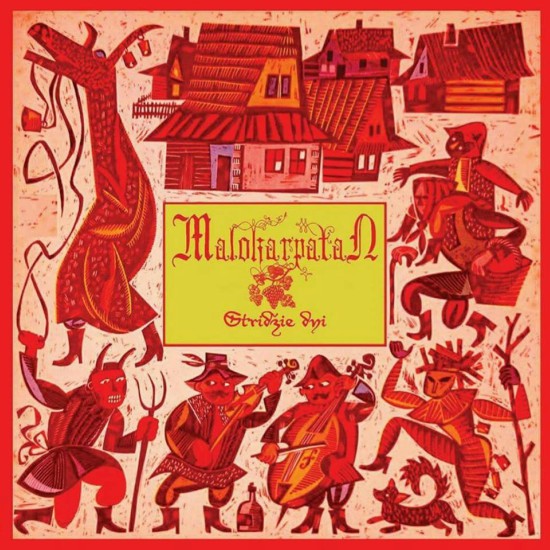 Like some kind of blend of Master’s Hammer with all eras of Bathory, Malokarpatan came out of nowhere for me with this impressive slab of “old school rural Slovak black metal” (which Malokarpatan assure you they play exclusively).  Very creative and thoughtfully done, it would probably be number one were it not for it sounding (tonally at least) a little samey by the end.

Just check out the unpronounceably titled “Kýho besa mi to tá stará ohyzdná striga do pohára nalála” to get an idea what old school rural Slovak black metal sounds like if you are actually so unkvlt as to not already know:

2. Angel Sword – Rebels Beyond the Pale 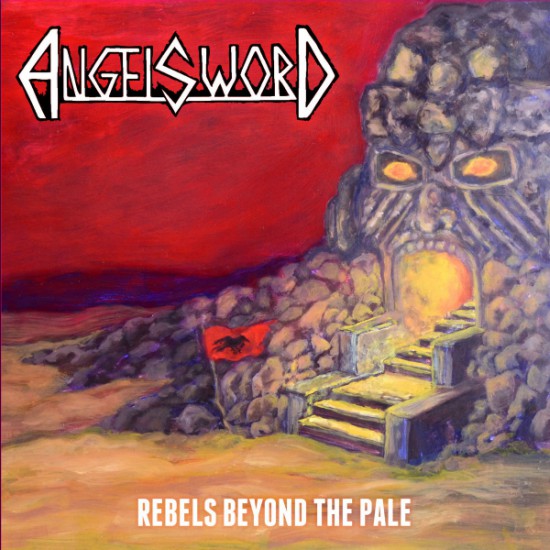 I basically love everything about this album, from the weird, nasally vocals to the wonderfully epic take on “classic” borderline metal. The only reason this isn’t number one is that it kind of peters out by the end (the last two tracks really drop the ball), and feels a bit samey in parts.

But seriously, I dare you to listen to songs like “Lightning Runners” and not have it stuck in your head for the next week:

1. Eternal Champion – The Armor of Ire 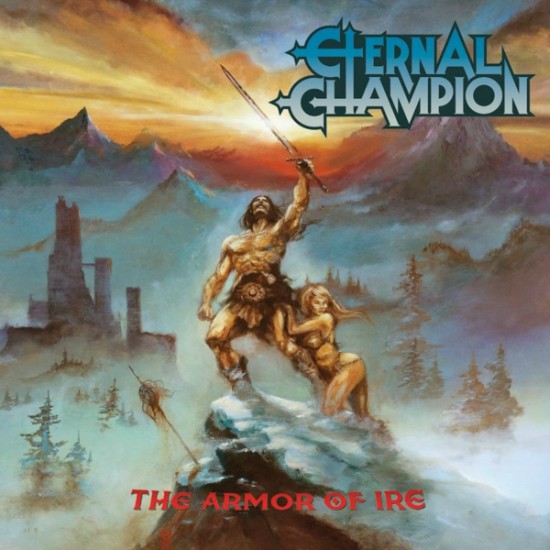 I would not have thought this would be my number one this year.  Not that the music isn’t excellent, just that on the surface it feels fairly typical for this style of “new retro wave of epic heavy metal” or whatever you feel like calling this.  But, man have I listened to his one a lot this year, and every time I return to it, I come away with the same thought.  “Damn, that was real epic.”  This really is a very assured album with thoughtful songwriting and clear, confident vocals (that aren’t the least bit yelpy), all of which sell the epic atmosphere with perfection.

Just check out the title track, the epic feelz are just effortless:

I try my best to keep up with every new release, but that’s an undertaking doomed to failure for even the heartiest of metal nerds.  Still, the following albums are worth a listen, but just failed to quite impress enough to make the top ten…still plenty more good stuff that didn’t get mentioned here, but, I got tired of writing about good not great albums:

Urfaust – Empty Space Meditation – Really awesome, but just a few too many ambient bits, and, to be honest, we’ve heard this all before on every Urfaust album since Geist…

Rostorchester – Verdorbenheit – Probably the best stuff they’ve put out, and, honestly, could probably make it up to the top ten with time, we’ll see.

Raunchous Brothers – Hail Metal… – Another case of vocals ruining the album, in this case, they ruin it in terms of both content and stupid fucking delivery.  Which is too bad, because the riffing is actually pretty damn entertaining.

Phosphor Blanc – Modern World Obliterator – Just like their last one, this fucking CRUSHES…still, call me an old softie, but I prefer my metal a bit less atonal.

Ohtar – Euthanasia of Existence – I’d forgotten Ohtar was even still around, but this album is really very good.  Nothing that makes it particularly stand out though, and I’m guessing it will be forgotten soon

White Medal – Lyke Wake – One of their better outings, but their songwriting has never been consistently strong enough to crack a top ten.  Also, I’m not entirely sure I’ve been listening to this on the correct speed.

Finally, here is this year’s list in convenient playlist form: