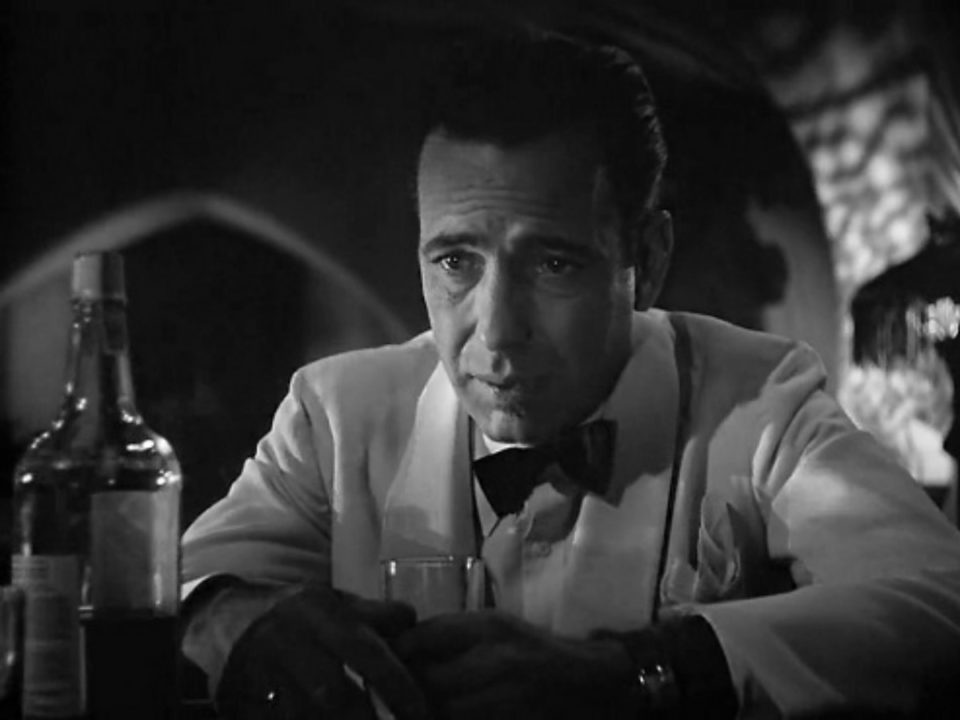 Before I get on to the business of explaining why Casablanca is one of my favorite movies, I do need to admit that I really don’t like the ending, or, for that matter, the major theme of the film: that sometimes sticking one’s neck out for others is the best thing a person can do.  I’m not saying people SHOULDN’T fight for, and care about, the greater good, I’m just saying that love should trump all, including the fate of the free world.

This is a big thing, because most of the films that make this monthly series are here specifically because I feel so in tune with their message (or lack thereof), not despite their message.  So it is probably a testament to just how amazing this film is that I decided to write about it anyway.

Obviously, like all the great Hollywood masterpieces of the thirties and forties, the filmcraft is flawless.  The script especially stands out for how lean it feels despite being a complex machine that is far more than the sum of its many moving parts.  But technical and structural achievements will still only get a film so far with me.

I think what really appeals to me about this movie is the screen presence of Bogart.  He’s knocked it out of the park in more movies than I can list here, but there is something almost archetypal about his performance in Casablanca.  There is nothing more quintessentially Bogart than Rick in Casablanca.  The pursed lips, the half grimaces, the tough yet completely cool presentation, it is all first hand evidence of a legend at work.

So, it doesn’t matter if this might be a message movie that doesn’t think so much of love (the exact opposite of what I would normally consider a “favorite movie”), it is still an absolute delight from start to finish.  The rest of the cast is more than up to the formidable task of playing across from Bogart, and, I suppose, Ingrid Bergman is pretty radiant in this (it’s just that she’s no Bacall).

I love this movie, though I prefer The Big Sleep.