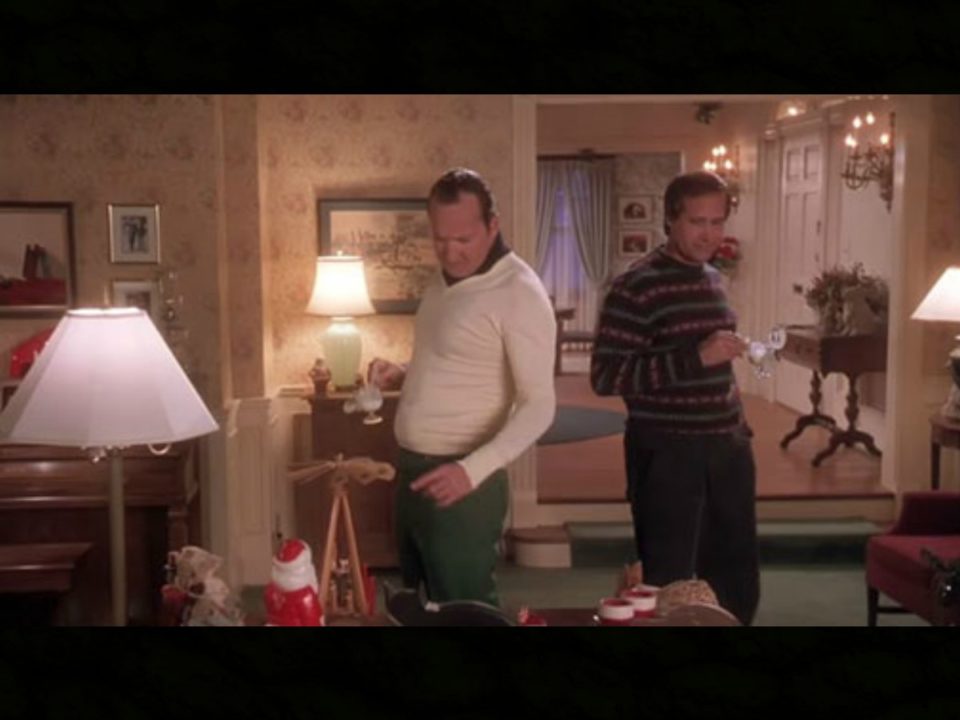 Quotable movies can be pretty tough to objectively review.  One one hand, a quotable script is doing something 99% of movies don’t do, namely: “sticking in  your mind for more than an hour after you leave the theater.”  On the other hand, who can say what makes a film’s various lines of dialog worm their way into the heads of the unsuspecting public like some kind of memetic Ceti eel.  Movies like Billy Madison are really not all that great, but, if enough frat boys watch it enough times, quotes like “what are you looking at swan?” will eventually bubble to the top of our overwhelming pop cultural forest of film quotes like a solitary pube that just refuses to flush.  Luckily, today’s movie happens to be not only quite quotable, but also a pretty fantastic movie to boot.

I’ve covered a fair amount of episodic movies on this feature, and like I always say, being episodic should not be counted against a film.  At least not if all the episodes/set pieces are as hilarious as they are in Christmas Vacation.  There are all manner of narratives out there, and you can still have a workable story-structure without confining yourself to traditional storytelling tools.  In large strokes, loveable, wanna-be-philandering, fuckup Clark Griswald just wants to put on the best family Christmas ever…but as more and more people show up to stay for the holidays, and more and more of his plans go awry, his Christmas seems more and more doomed.  That’s about all there is to framework upon which Christmas Vacation hangs its various sketches, but it’s a great set up.  The holidays are full of so much pressure to live up to that impossible nostalgic ideal of so many selectively-remembered past Christmases that the stakes are naturally high and the comedic potential nearly limitless.

We’ve all been in the situations found in Christmas Vacation.  That one giant knot of Christmas lights, that lover that refuses to touch you until you’ve showered, and that cousin that got kicked by a mule. Maybe not exactly, but close enough that the humor (which even dips into broad territory a few times, and yet still doesn’t lose the viewer) really hits home on a personal level for the viewer. And because these situations are so familiar, we desperately want Clark to succeed despite his flaws (again, his constant flirtation with adultery is probably the low point of the Vacation series–that or the entire movie of European Vacation).  At his core, Clark has that admirable quality of seemingly boundless optimism.  Nothing goes right, but damn if he isn’t going to try even harder and harder to achieve that perfect Christmas that he sees in his mind.  It’s heartbreaking to see so many concessions to his vision as the movie progresses, but inspiring to see his perseverance through it all.  I honestly don’t even think this is a movie with a message about not biting off more than one can chew, or that “family” is the real joy of Christmas.  If anything, it is a celebration of simple-minded, good old fashioned stubbornness.  Clark will have his Christmas even if he blacks out the town, blows up his house and has a swat team show up.  That’s just the American way!

Of course, the strong thematic backbone of the film would be nothing without the characters to back it up.  And every single supporting cast member is just brilliant.  From the burping drunk of a mother in law, to the immortal douchebag yuppies Todd and Margo, I can’t think of many films that boast a stronger cast of supporting characters.  And then, halfway into the film, cousin Eddie shows up and fucking KILLS it.  I haven’t seen such a broad, scene stealing performance utterly dominate a film (while, against all odds, actually WORKing) since Rodney Dangerfield wandered into Caddyshack halfway through the movie and then taught it how to make 14 dollars the HARD way.

Quotable movies come and go, and are of varying quality, but Christmas Vacation isn’t just a quotable movie.  It is a high stakes, expertly paced, brilliantly acted comedy masterpiece that is far more than the sum of its parts.  It also happens to have a script that is positively overflowing with razor sharp dialog.  If I, at some point in my life, spontaneously come up with an ice burn half as good as “I wasn’t talking to YOU…” I’ll die happy.