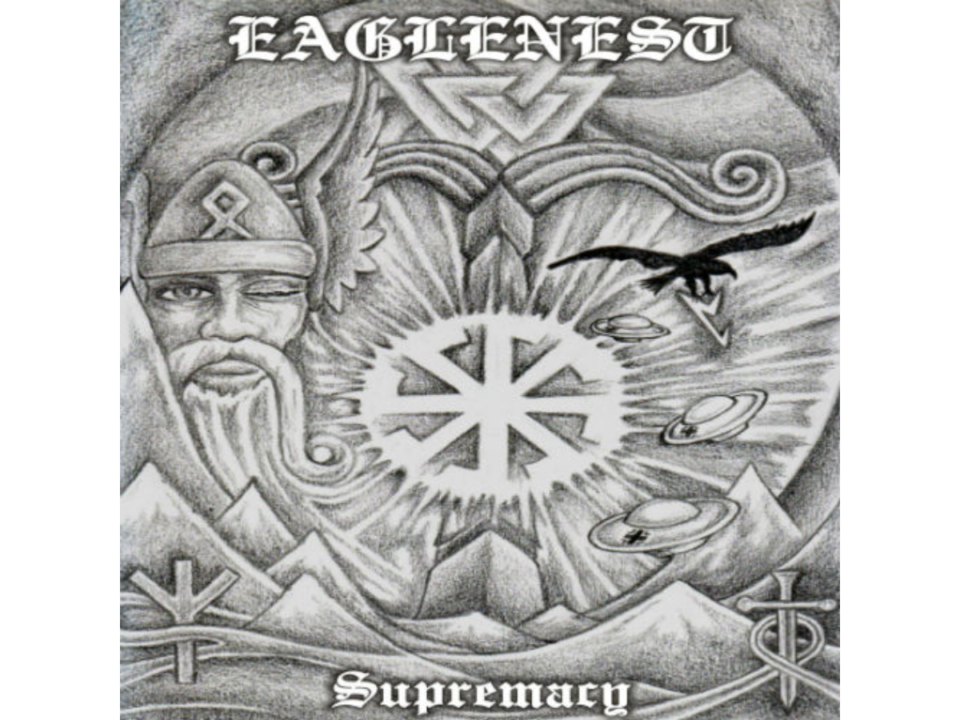 Heavy metal has always been just a little too white for it to ever claim any level of racial enlightenment. And, when you take a genre that is already just a tiny step down from “new country” when it comes to concert-goer diversity, and ease it into the cesspool of burgeoning nationalist movements that have been creeping across Europe, it is no small surprise that Black Metal has developed quite a Nazi problem.

And, while many of these bands lean in fully and decorate their albums with swastikas and Hitler-pics, many prefer to fly under the radar. They fill their album covers full of dog whistles for those in the know–but to the casual fan, they are protected by a comforting veneer of plausible deniability.

It is the goal of this series to peel away that veneer. Listen to whatever you want, but one thing I can’t abide is listening to Nazi music and pretending it’s not.

Thus, once again, we’ll take a look at a few reasonably sure fire signs that he band you are listening to might be racist. Some, like “they use the number 88” might be obvious. Others, like, “they are into yoga” are…less obvious. Most, like “Odin on cover” aren’t even 100% racist all the time, but, if you see more than a few of these on the next album that crops up on your youtube autoplay…you probably ended up on the Darker than Black playlist.

They use the Vril Rune and are into UFOS

The Vril Rune (the big fishhook thing in the upper left), UFOs with iron crosses, references to Hyperborea, the poles of the earth, moon Nazis, etc etc, all apparently started with the 1871 novel “Vril: The Power of the Coming Race” about a subterranean master race with telepathic powers. From there, it was taken up by Nazi occultists, and morphed into various fringe conspiracies about like Nazi moon bases that would make a great movie (though I suspect Iron Sky will probably be a let down), but becomes less hilarious when taken up semi-seriously by actual modern day neo-Nazis.

I mean, I get it, Moon Nazis captures the imagination like few other things can, and, consequently, this is THE hot subject matter for racist black metal in the last few years.

You actually do see the valknut (three interlocked triangles) around in more places than just white power rallies:

However, considering one out of every two neo-nazis has a valknut tattooed on their face [unofficial estimate], this is usually a pretty good indicator of a band’s political leanings.  Racist white dudes who think they are just really into vikings and don’t realize they are racist yet get especially butt-hurt that the Nazis stole “their” symbol of pride in their Viking BLOOD.  I’m still holding out hope that Manilla Road just thought it looked cool for their Gates of Fire cover.

That weird pillar/obelisk thing with two fronds on top (Irminsul).

This one really annoys me, because I can not for the life of me figure out what it means. Nazi UFOs? I can get to the bottom of that. This pillar that is EVERYWHERE in the NSBM underground? I can’t find a goddamn thing on the internet about it.

Still, I see this exact pillar depicted so much, that I can say with a reasonable degree of certainty that it is probably a really racist piece of phallic stonework.

Any actual neo-Nazis reading this, can you please tell me what this is before leaving your usual troll comment? It would be much appreciated!

[Edit: my google skills failed me, this is called an “Irminsul” and is an ancient Celtic obelisk thing that later came to be associated with the Third Reich through the SS pseudoscientist Wilhelm Teudt who had the usual Nazi interest in ancient Germanic symbology and artifacts).

The Fasces (a bundle of sticks, usually tied around an axe) is an ancient symbol that was taken up by the fascist party (hell, the word fascist even comes from this symbol) in Italy in World War II. It was so inseparably tied to Mussolini that it really doesn’t take a lot of research to realize that you probably shouldn’t use this symbol on your album cover, so, if you see this, you should have a pretty good idea what kind of music you are going to get.

On the other hand, here we are in 2020, and it’s still front and center in the US House of Representatives:

…so maybe we’re all expecting a bit much from underground black metal demos.

This probably pushes the “ambiguously racist” line as it really does just look like a big multi armed swastika.  But for those bands that aren’t quite ready to just come out and put a swastika on the front of their album, this is a great gateway swazie that still allows them to claim a small modicum of plausible deniability–especially the Ukranians.

I call foul though. Claim it is just a “Pagan” symbol all you want, but if your band uses a “kolovrat,” or any other symbol that looks like this:

…then you are probably a few bottles of white wine away from throwing out a sieg heil salute at a concert.

Finally, it’s time to play “is this album racist?” with the cover photo to this post, Eagle Nest’s Supremacy, an album that scores 4 out of 5 of today’s secret racist symbols on its cover (along with more than a few from previous posts). It might even be all 5 if it turns out that pillar thing is just a fasces variation, but I really don’t think it is.

That horned pillar thing is an Irminsul. It looks like another pagan symbol that got co-opted by Nazis – https://www.rationalheathen.com/2017/01/09/is-it-time-to-abandon-the-irminsul/

Oh wow, finally, thanks! Disappointed I didn’t have better google-fu here, but good to finally know what that thing is called!