My favorite movie in the whole world: The Mirror. 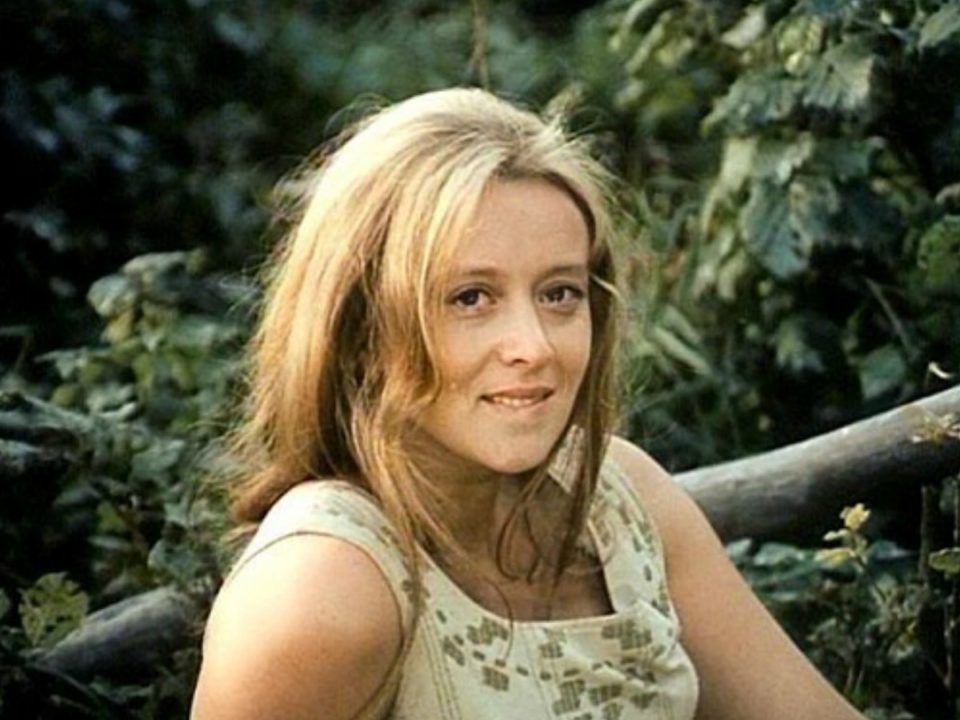 There is a scene in Andrei Tarkovsky’s The Mirror where a young child looks through a book of art. The camera is close, showing only the pages of the book and the child’s hand as he flips from picture to picture. Occasionally he will stop and linger on a favorite drawing. It is obvious that the book is a treasured possession, whose pictures have yet to lose their magic for the young boy. At one point a leaf, pressed between the pages, comes into view only to be swallowed up again.

This seemingly innocuous scene, halfway through the movie, is just one small example of why The Mirror is unquestionably my favorite movie ever. The film is the pure essence of nostalgia and each viewing is a revelation of memories I had long thought lost. I too had certain favorite books that I would turn to over and over again, flipping through their pages and taking comfort in the familiar pictures. I too would often press flowers and leaves between the pages of books with my parents.

Watching this movie feels like memories of the past flooding back from some forgotten abyss. The grey rainy skies, the kittens licking up cream, the flickering kerosene lantern, the sledding on the hill, the small junk pile in the forest, the snow covered trees, the wooden floors and furniture, the windswept fields, the log fence, all of these things are important images from my childhood. And yet there is far more to The Mirror than that.

Tarkovsky reaches beyond mere concrete memories. Many moments in the film have an almost mystical appeal. The slow static shot of the disappearing handprint on the table mesmerizes the eye until the final trace has gone. The bottle that inexplicably rolls off the table seems to act of its own volition. The man walking away in a great field of grass who turns to the camera just as one mighty gust of wind sweeps across the field towards the viewer and is gone. Scenes such as these are joined seamlessly with the movie and serve to reinforce the almost dreamlike reality we are presented with.

The music, selected from Pergolesi, Purcell, and J.S. Bach is, amazingly, equal to the images. Nowhere is this more apparent than in the superlative final scene set to Bach’s monumental opening chorus from St. John Passion. It is the single most moving scene I have ever viewed on film, its central images consisting of little more than a woman biting her lip and a child shouting a great life affirming cry to the skies while Bach’s painfully beautiful music builds to an epic climax. The perfect union of film and music found in this scene is staggering in its power.

I suspect I am not the only one who considers himself a kindred spirit to The Mirror. Growing up in rural Kansas without a great deal of money surely helps, but the images are more universal than the tone of these passages lets on. Perhaps that is part of The Mirror’s appeal: to those who identify with it, it seems as though the movie was made only for them.

This theory gains a great deal of credence when I think of the parts of The Mirror I don’t feel such a strong connection to. I had no lack of a father figure as a child yet that dominant plot point somehow doesn’t stand in the way of my identification with the movie. I obviously didn’t grow up in the middle of a war and have no connection with Russian politics and history, but again, it makes no difference. Oddly enough, these two central ideas in the movie don’t even seem to register when I look back on it.

So just what is the mirror about? The Time Out film guide sums it up quite well saying: “Tarkovsky goes for the great white whale of politicized art – no less than a history of his country in this century seen in terms of the personal – and succeeds.” That is a rather broad description and not a particularly exciting one. Of course if that were all that the movie was about, I would not be writing this review.

When it comes down to it, The Mirror is an elusive film to classify. I’ve seen it over and over and still have a hard time getting a firm grip on its structure. Powerful images with their own internal logic flit by, skittering at the edges of our consciousness like the memories of a lost day from our childhood. Complex narratives follow children and adults, past and present. Powerful documentary footage is interspersed along with slow motion dream sequences. The closest description I can come up with is that The Mirror is a collection of images, all related and all central to the human experience.

The Mirror is Tarkovsky’s finest film, and for certain kindred souls it truly will be a mirror. A mirror to every memory long thought lost, it will show each person who looks a different reflection.