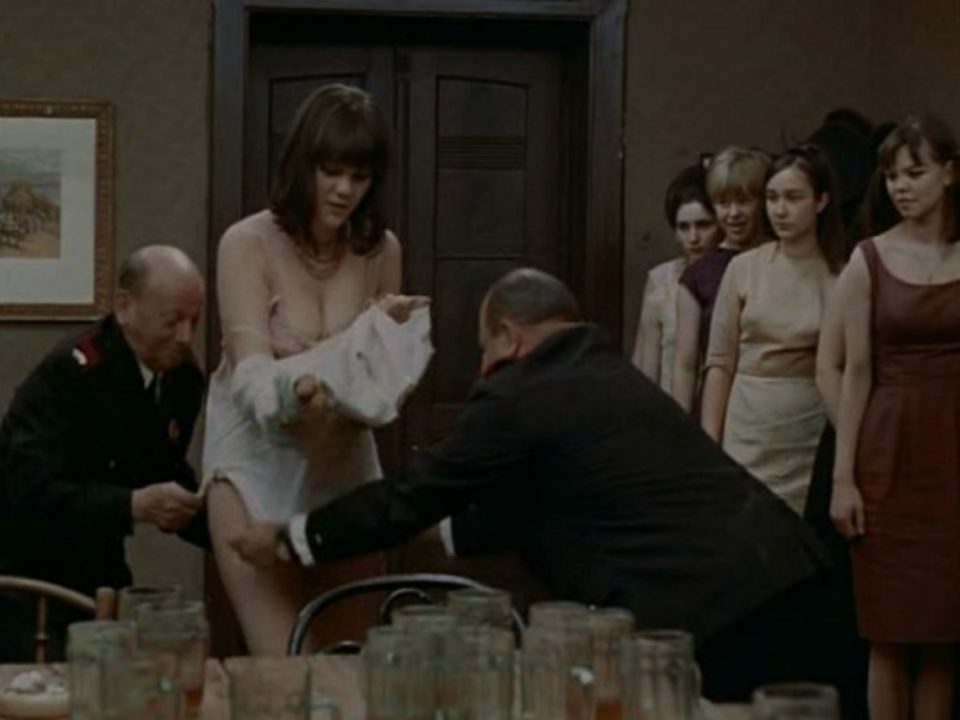 Though the human race may be loathe to admit it, the desire to see the world burn is found within the hearts of more than just Batman villains.  Who hasn’t experienced a small illicit thrill of delight at the sight of someone about to fuck up? Maybe we don’t all want to see the city water supply poisoned, but there is something hypnotically enchanting about a good old-fashioned debacle, and the titular ball of today’s film is exactly that.  The plot is basic: a bunch of old dudes throw a ball to honor the retired fire chief while running a raffle and beauty contest.  From that simple setup, things quickly descend into a series of comic disasters that would delight even the most demanding aficionados of chaos.

This is not to say that this is a film of feral Marx Brothers style mayhem.  Like the humor, the action here is nice and restrained, allowing the viewer plenty of time to appreciate the wit and intelligence that went into each expertly constructed gag.  The set-ups are simple: the old firemen are leches, the beauty contest contestants are shy and unwilling, and the entire ball’s worth or raffle contestants are blackhearted thieves.  And yet, there is a real subtle genius in the way in which the simple set-ups are used.  When one of the firemen points out, completely straight faced, that the bra and underwear “swimsuit” which one of the contestants insists on showing them looks “better” than her original dress, it comes off as a lot more brilliant than just a simple “hey look, boobs!” joke it could have been.

The raffle is perhaps the cynical highlight of a film which is full of cynical highlights.  A table full of goods to be raffled off at the end of the night slowly gets stolen down to a pile of empty plates.  While every single person attending the ball is ultimately complicit in the crime, the solidarity (in being selfish assholes) displayed by the attendees really is rather touching.

I wouldn’t get too caught up trying to draw parallels to whatever political party was in charge in Czechoslovakia at the time. Sure, maybe the parallels would be there, and be right on the nose, but why try to bring a perfectly hilarious movie down a few pegs by making it into a cheap political allegory?  After all, what happens at the firemen’s ball could happen in any situation where more than 2 people attempt to join together in a social setting.

And yes, while events might devolve into leering at young girls and stealing from a charity auction, at the end of the day everyone still comes together to drink (and sell) beers while watching the house of an old man burn down.  It might be callous, but maybe that’s about as close to brotherhood as us humans can get.  And, by shining a bemused light on our universally selfish impulses, shared alike by the microcosm of humanity at the ball, The Firemen’s Ball is almost sweet in its refusal to condemn.  We might all act like shits, but, like the advice given to the stoned cop freaking out at the end of Up in Smoke, Forman seems to be saying, “just go with it!”