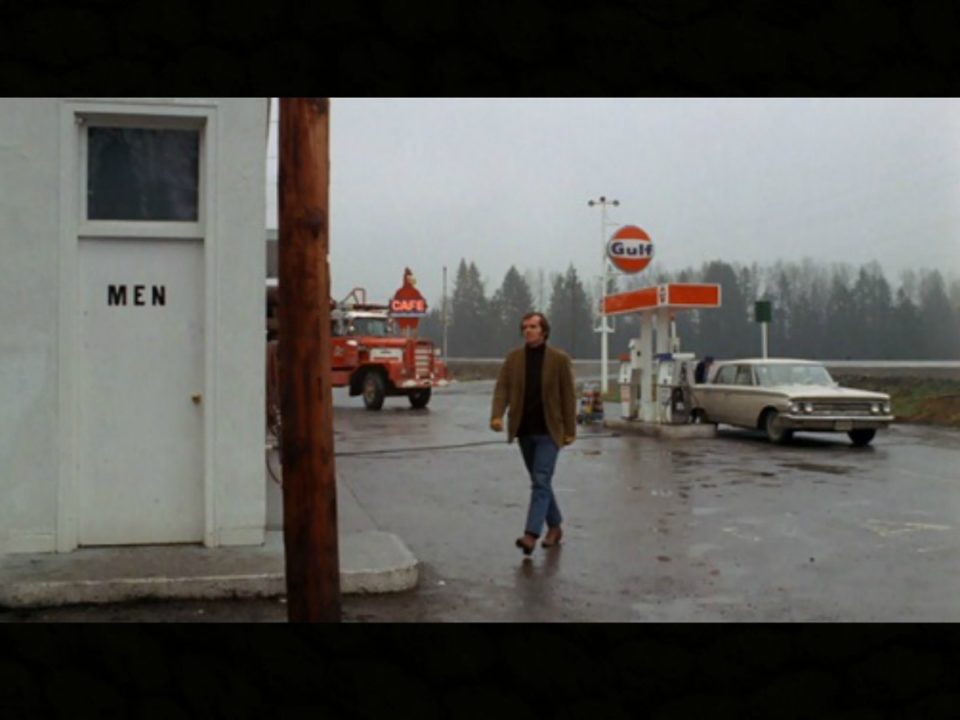 Five Easy Pieces is a movie about alienation. Of course that is an awfully broad subject, and one that is perennially in fashion for artsy fartsy film directors. What distinguishes Five Easy Pieces from the slew of movies on the subject is the complexity of its portrayal of a fundamental inability to connect. Foundational American New Wave director Bob Rafelson (in his first “real” movie) created a film of such startling depth that it makes even the best work from Antonioni seem woefully shallow by comparison. There are no rich people standing around looking bored here, the characters are no cookie cutter caricatures, but real people with human emotions.

The plot is fairly simple, and the brilliant script rambles succinctly throughout the movie, often diverging from the main storyline but never wandering. Lazlo Kovacs photography has never been better, and the alternating classical and country songs (I don’t care how much you hate “country”, Tammy Wynette is alright in my book) really underscore the moods of the film.

The movie is all about Bobby Dupea, a man adrift. Played to perfection in a performance that cemented Jack Nicholson’s star status after his breakout role in Easy Rider, Bobby is a fascinating character. As the movie begins, Bobby is working on an oil rig and living in a trailer with his waitress girlfriend Rayette. He is verbally abusive to the seemingly simple Rayette, cheats on her, bowls, drinks and laughs at stupid jokes with his buddy. He is a redneck–or at least it seems so. But Bobby is ill at ease.

Rayette is a good example. Does he choose to date her because she would be easy to run away from? She is just a fairly dumb trailer trash waitress after all. But it is a testament to Karen Black’s performance that her positive qualities come out as well. For one, she’s not quite as ingenuous as she seems (though she may not be aware of it herself) when she shows up at the house of Bobby’s snobby family explaining that “there’s a lota good stuff on the Tay Vay.” Also, in her own way she just wants to connect with someone as badly as Bobby does, but she chooses to express it by blindly latching on to the one interesting thing in her life (Bobby) no matter how poorly he treats her. She is a real person, and though she is most likely not good enough for Bobby, he’s probably not good enough for her either.

Catherine, the creative intellectual that Bobby meets later in the movie is the other side of the coin. Bobby chases after her without even respecting her though he seems to think of her as an equal. In one of the films best lines, after she tells him his piano playing was beautiful and he sneers that he “faked it”, Bobby says: “I faked a little Chopin. You faked a big response.” He doesn’t even give her a chance, though he ends up wanting her to take a chance on him.

In the end Catherine tells Bobby: “If a person has no love for himself, no respect for himself, no love of his friends, family, work, something – how can he ask for love in return?” I wonder about this. Bobby might have no love for anything outside himself, but I think he does love himself, maybe too much. He obviously thinks Rayette is his inferior. He lashes out when his best friend says they are a lot alike. Then, when he meets someone he considers “good enough” for him and is rejected, his insecurities come to the surface. Perhaps he loves himself to the point where he worries he can not live up to his own self conception. And thus he always chooses the “easy way”, even when it will obviously lead to dissatisfaction. At least it is not dissatisfaction with himself, his way he can always blame those around him for not being good enough.

An important question in this movie is whether or not Bobby’s inability to connect is of his own devising or not. The answer, like the movie, is somewhat ambiguous. The film does not seem to support the way Bobby leads his life (if only because he seems to be more unhappy than not), but is there really any better alternative for him? He wants that basic connection to other human beings, but if he really can’t actually connect to anyone is he to be faulted for trying and failing over and over? Or is it more likely that he just never connects to anyone because he won’t try to make any connection beyond those doomed to failure. His relationships might always fail, but at least he can always blame it on the other person rather than himself.

I think this is why Bobby Dupea is such a compelling character. Despite acting like an asshole for most of the movie, I think we all understand his turmoil to some degree. Settling is always easier than taking a chance, look hard enough and you will find a reason to run away rather than stick something out. At the point where fear of failure keeps us from even trying, perhaps that puts us with Bobby, as the film’s tagline says, “on the fast lane on the road to nowhere.”