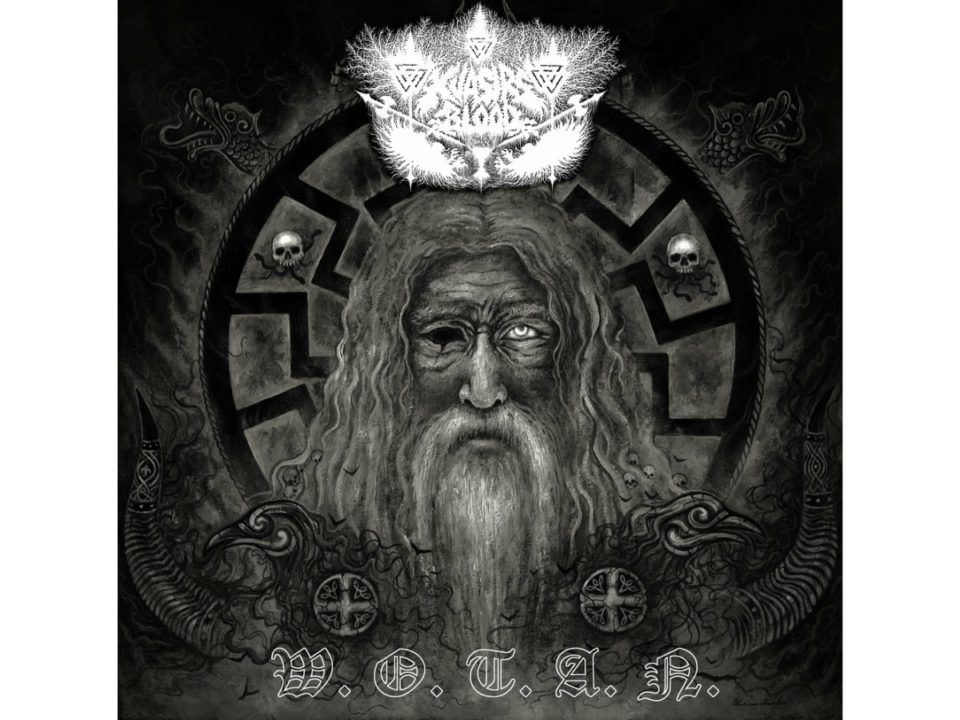 It’s been four years since I last posted about some of the subtle ways underground metal bands can mark themselves as a racist band, and I’m finally back to add another installment (of what will most likely be a lengthy series) of “STtUMBYALtMbR.”  In the last four years, racist bands in the black metal underground have only gotten more numerous (often hiding under the guise of “anti-religious” anti-muslim bands), Trump got elected president, and fucking SHAKIRA is now selling a fucking neo-nazi black sun as official tour merch: 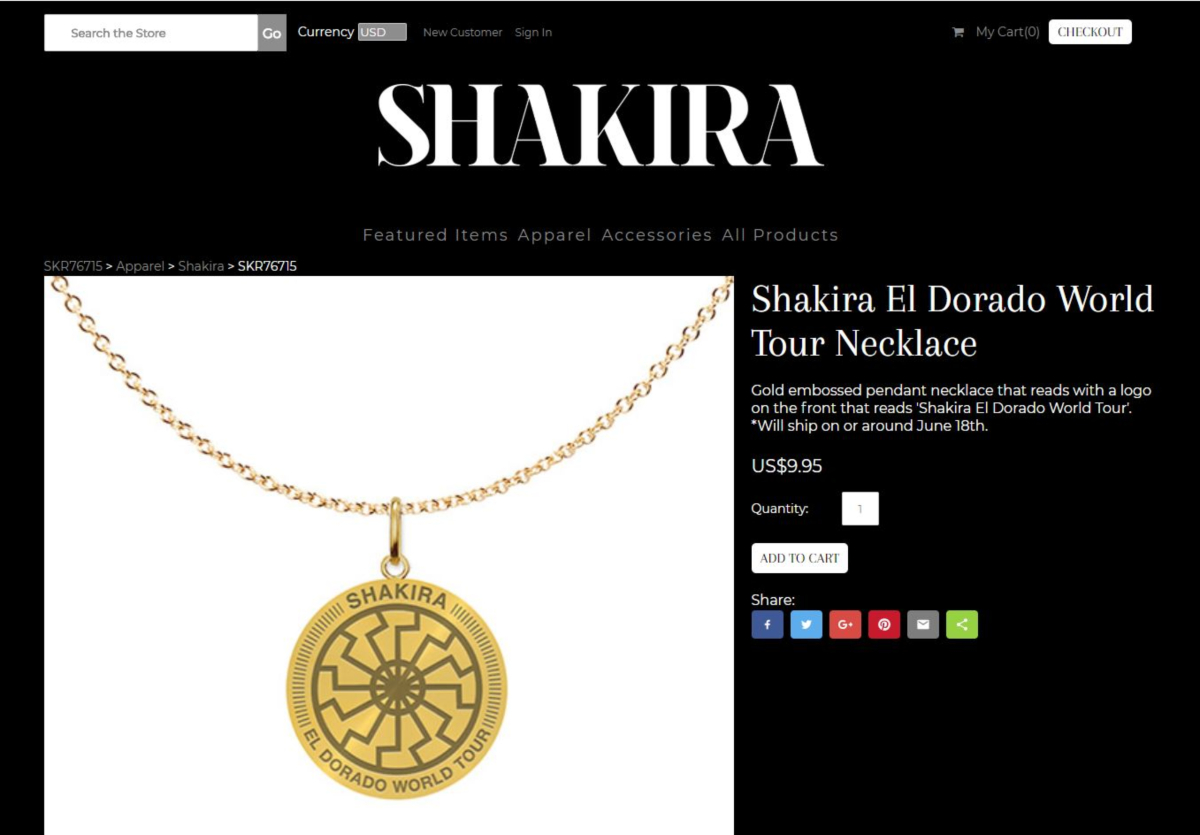 Obviously the world needs more installments of this series pronto, if only to keep Britney Spears from trying to sell a Celtic cross hoodie!

As I said last time, a band using one of these items in its imagery does not automatically make them a nazi band, and everyone should decide for themselves how far they want to go in separating the art from the artist when it comes to deciding whether to keep listing to a potentially racist band.  What is most important is that you, at the very least, keep your eyes open as to the ideological intent of the art and music you consume.  Wading into the black metal underground with a blind eye towards all this racist shit could lead to a slippery slope of equivocation that is, I assume, how people get into bullshit like Wotanism.

Enough of my disclaimers, let’s move on to the list to see a few more ways in which Nazis are slipping their symbology past unsuspecting black metal listeners and German censors alike! 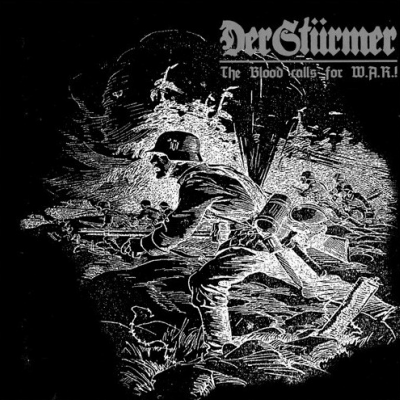 As with most of these, context is key here.  Whenever you see “blood” in a band name, album title, lyric, just ask yourself a simple question: “Do they mean the red stuff, or do they mean the stuff that gets sullied through miscegenation?”  If the answer is the latter, it’s not an instant conviction, but there is a decent chance the band might just be a little too preoccupied with things like “ancestry,” “heritage,” and “civil war memorials.”

Hell, even the “brainwash propaganda show” (according to the youtube comments) The West Wing knew what Graveland meant when they titled their fourth album “Following the Voice of Blood”:

4. They use Celtic Crosses. 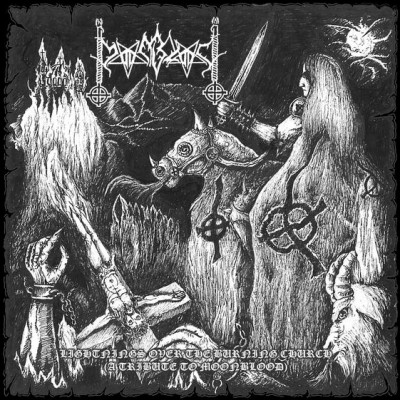 The Celtic cross often passes cursory inspection by laymen despite it being THE symbol for white power groups around the world:

So, while the majority of black metal fans will cry foul at my inclusion of a picture of the supposedly non-racist band MoonBLOOD for this entry, those Celtic crosses in the logo, along with album titles like Blut und Krieg (Blood and War) and Taste our German Steel, have always made me pretty suspicious that maybe their name doesn’t refer to the red kind of (period) blood, but rather, the racist kind of blood. 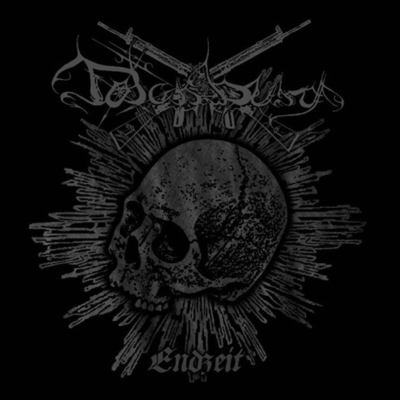 I know what you are saying, “show me a metal band that DOESN’T use skulls!”  And, you are right, skulls are about as metal as dragons, wizards, and questionable gender politics.  However, not all skulls are JUST skulls, and when your skull looks like this: 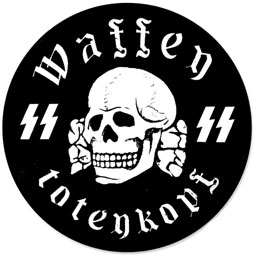 It’s not JUST a skull, it’s a Totenkopf, THE emblem of the most infamous group of soldiers of the last couple of centuries.

So, once again, use your judgement, but I picked the Totenburg album cover above precisely because the skull is ambiguous.   Take it in context with the guns in the logo and song titles like “BLOOD Oath,” and suddenly the death’s head looking skull is a lot harder to write off as “just a skull.” 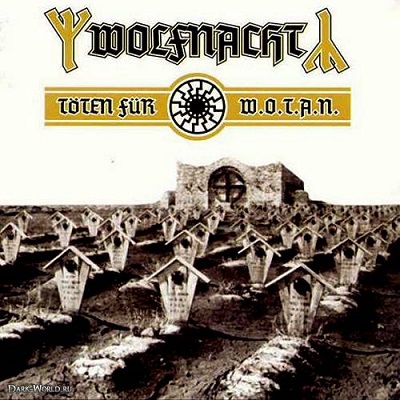 Now, I’m no expert on Wotanism (also known as Heathenism), but this one basically breaks down as follows.  A lot of new-age white dudes who would never call themselves “new-age” have adopted a sort of religion that consists of taking up the beliefs of early medieval/late iron age northern Europeans.  In theory, I guess this kind of thing shouldn’t be that bad…EXCEPT…a large percentage of these practitioners of Wotanism get a little carried away with the whole “white European heritage is the best heritage” thing.  Don’t get me wrong, there are large sections in Wotanism that are (so they claim) against the “racialist” Wotanists, but the racialist Wotanists have kind of left a stink on the whole thing.

Anyway, new age history lesson aside, Wotan is basically the way you say Odin if you are REALLY proud of your German background…and thus, it is one of the most common racist dog whistles in black metal.  And, if you abbreviate it, it becomes an acronym for the much more explicitly racist “Will Of The Aryan Nation.” 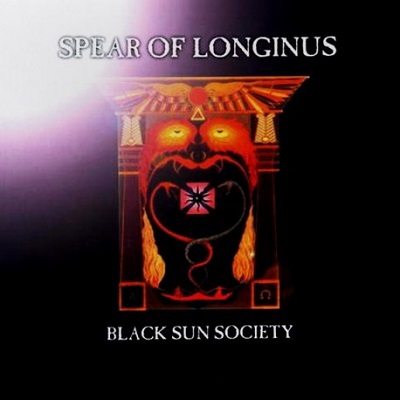 Listen up Shakira.  Black suns (Sunwheels, Sonnenrads, circular swastikas), in theory, sound pretty cool.  I mean, what self respecting follower of dark music doesn’t love the idea of blotting out the hated Daystar with blackness?  However, if you see someone referring to a black sun, 9 times out of 10, they are talking about THIS symbol: 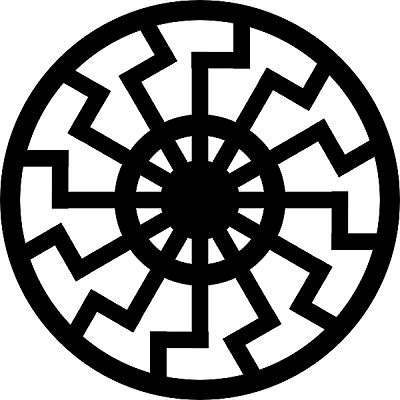 Look familiar? It’s basically a swastika, only more so (more arms, more right angles, more Celtic Crosses, etc).  And, it doesn’t just look bad, aside from butthurt neo-paganists claiming the neo-nazis are stealing all their symbols, dropping a black sun in your iconography either signifies that you start a lot of sentences with “I’m not a racialist Wotanist, BUT…” or that you are operating in some kind of optically disassociated reality (seriously Shakira, wtf?) where you fail to see that a black sun looks like a fucking swastika.

Once again, with all that in mind, it’s time to play “is this album racist?” with the cover photo to this post, Kvasir’s BLOOD’s W.O.T.A.N., an album that scores a perfect hat trick of featuring all 5 of today’s secret racist symbols on its cover (along with a few that I will have to cover in the next installment!)

Shitpooper (if that IS your real name), it might be gay, but calling Wolfnacht racist isn’t exactly fake news.

limp-wristed article with bad journalism. Go and try pick up chicks through other avenues, “activist”

I’ve been called a lot of things…but…”journalist”?